Lewis Byng among record-breakers in Sheffield 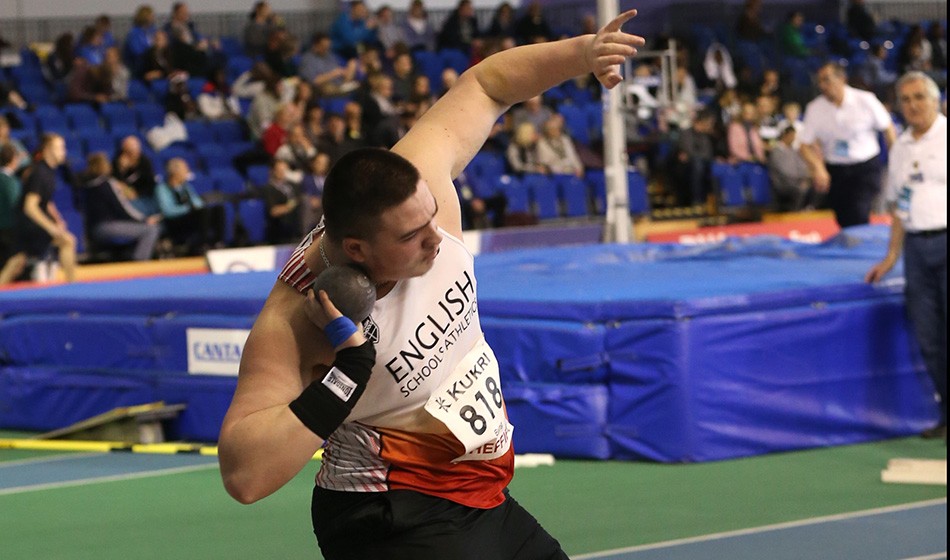 Three championship bests highlighted a superb weekend of competition at the England Athletics Indoor Age-Group Championships at the EIS Arena in Sheffield.

Lewis Byng in the shot, Temi Ojora in the triple jump and Niah Akintokun in the 200m set new figures on day two as the country’s best under-20, under-17 and under-15 athletes assembled.

Akintokun set the ball rolling with a 24.68 clocking in the under-15 girls’ 200m. That took four hundredths from the championship best and added to her 60m win in 7.62 the previous day.

Byng, who represented Britain at the European U20 Championships last year, added 12cm in the junior men’s shot with 18.69m as he won by more than a metre.

The 18-year-old had started his season by breaking the British under-20 indoor shot put record with a throw of 19.18m in Loughborough earlier this month.

Meanwhile, Ojora went three centimetres beyond the existing mark in the under-20 triple jump as she went out to 12.92m in the third round. That was just seven centimetres below the UK junior age best indoors.

» See the February 27 edition of AW magazine for further coverage