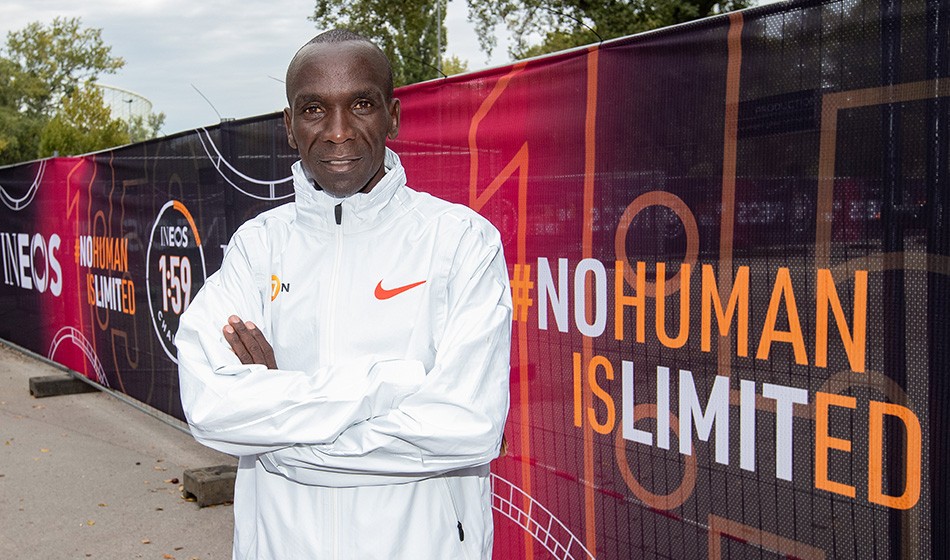 If Eliud Kipchoge goes one second per mile faster than during his Breaking2 run in Monza in 2017, we will see a sub-two-hour marathon in Vienna this weekend.

The date of the Kenyan marathon star’s INEOS 1:59 Challenge has been confirmed as Saturday October 12, with organisers saying conditions “are looking optimal” for race day.

The start time will be 8:15am CEST (7:15am UK time) and fans will be able to witness live Kipchoge’s attempt at making more history via the AW website as we host a live stream of the action, provided by the INEOS 1:59 YouTube channel.

Olympic champion Kipchoge came close to breaking the barrier when he ran 2:00:25 for 26.2 miles at Nike’s specially-created event two years ago and since that time trial in Italy he has gone on to break the official marathon world record with his time of 2:01:39 in Berlin in 2018.

In Vienna he will use many of the same techniques as in his Monza run – such as a constant phalanx of world-class pacemakers, including the Ingebrigtsen brothers and Bernard Lagat, and carbon fibre shoes – plus maybe one or two new innovations.

The attempt is to be held on a multi-lap, 9.6km course centred on Hauptallee – a long, straight and tree-lined avenue which runs through the heart of The Prater, a large public park in the Austrian capital.

Each lap will involve Kipchoge running two 4.3km out-and-back stretches, with the turning points coming at the Lusthaus and Praterstern roundabouts at either end of the Hauptallee avenue.

What it will take for @kipchogeeliud to break two hours in tomorrow’s @ineos159challenge… • You can watch the attempt live via our website and read more about Kipchoge's date with destiny in a blog post by AW editor Jason Henderson ➡️ both on the AW home page now. • 🎥 by @ineos159challenge #ineos159 #sub2 #sub2marathon #pace #marathon #eliudkipchoge

» Follow our coverage from the INEOS 1:59 Challenge on our website and social media as we report live from Vienna this weekend