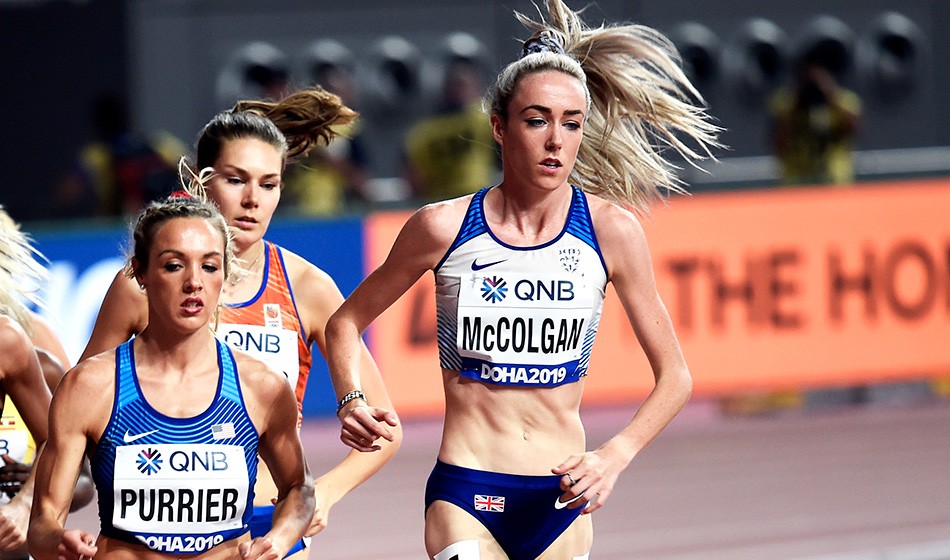 Eilish McColgan, Holly Bradshaw, Jake Wightman and Niamh Emerson are among the athletes set to compete at the behind-closed-doors event in Manchester

Eight finalists from last year’s World Championships in Doha and six reigning British outdoor champions are among the athletes announced for the Müller British Athletics Championships on September 4-5.

The championships had originally been scheduled for June 20-21 before new dates of August 8-9 were announced. The event was then further postponed and will now take place behind closed doors at the Manchester Regional Arena.

In a recent interview with AW, Wightman explained how he would be targeting the 800m at the national championships as he looks to mix racing both the two-lap event and the 1500m on the major stage in coming years.

“British Champs is going to be a pretty good focus,” he said. “It’s still a championship and it’s still a chance to win a British title, so I am definitely going to put that as one of my main goals of the season.

READ MORE: Speed is of the essence for Jake Wightman

Cherry Alexander, major events director at British Athletics, said: “At last, I am delighted to commence the announcements of athletes who will be competing at the Müller British Athletics Championships in September at the Manchester Regional Arena. There has been a lot of hard work going on behind the scenes to make the organisation and delivery of this event possible. We are delighted to be welcoming our world class athletes back to competition in Manchester.

“These are unprecedented times so the championships will have a different feel to them this year, but we will do everything possible to make this a special event for the athletes and coaches, and the fans watching on the BBC.”

“The format and shape of the competition and guidelines that will be adhered to for competitors and those helping to stage the championship will be subject to the government guidelines in place and will be communicated in due course,” added the national governing body.