Speed is of the essence for Jake Wightman 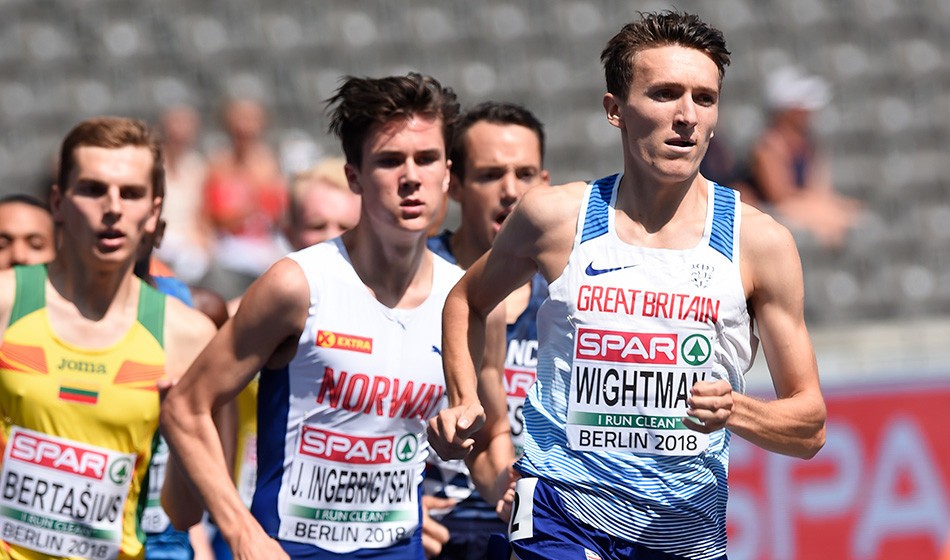 Jake Wightman says he has used the lockdown period as a chance to work on his top-end speed and experiment in training as he looks to mix racing both the 800m and 1500m on the major stage in coming years.

Having both the 800m and 1500m to choose from at each gives him options, he believes.

“I’m not sure what I would do at which, yet. It’s an opportunity for medals.”

And the 25-year-old hopes that the work he has been doing during lockdown helps him towards that.

“We used the period as a chance to get top-end speed a bit better. I introduced another sprint drill session a week,” he says.

“It has given us the chance to focus on other stuff. Normally you’d be getting race ready to run a quick 1500m whereas I could have focused on anything this summer and it was a chance to experiment a little bit with it.”

Wightman flew out to the US just before travel was suspended due to the pandemic and spent time training in Phoenix, Florida and Flagstaff before returning to the UK.

News of the Olympic Games postponement and European Championships cancellation came while the Scot was away and while it was a challenging time, he feels he was in the best place given the different lockdown restrictions introduced across the world.

“We were worried they would stop flights completely but we were able to stay out for 10 weeks in the end,” says the Edinburgh athlete, who was travelling with his training partner Harvey Dixon.

“The worst bit was, after one week in the US, the Olympics got cancelled. It was like ‘well what are we doing here, we probably should go home’. But we thought the Europeans were still happening, so there was still a reason to be out there training. Then about a week into Flagstaff, the Europeans got cancelled and it felt like we were there for no reason. But I still felt it was better than home because from what we saw out of the States, the lockdown was nowhere near as harsh.”

Gotta keep getting at it.

While Wightman hopes to return to racing soon, his only confirmed event so far this summer, pandemic permitting, is the Müller British Athletics Championships, scheduled for September 4-5 behind closed doors in Manchester.

“I’m assuming I’ll be racing from mid-August and that’s what’s keeping me motivated,” he says. “It’s so hard to turn up to the track if you feel like you’re getting ready for nothing. So I have just kept in my head that August and September are going to be pretty busy race-wise, and I hope that’s going to be the case.

“British Champs is going to be a pretty good focus. It’s still a championship and it’s still a chance to win a British title, so I am definitely going to put that as one of my main goals of the season.

While the thought of a racing return is helping to keep him hungry, the memory of last year’s world championships in Doha also maintains Wightman’s motivation.

“The bit that gets me is how close I was to getting a medal,” says the world 1500m fifth-placer, who broke the Scottish record with his time of 3:31.87 in Qatar. “You don’t really get too many opportunities in your career to get global medals and I feel that was one that I probably didn’t realise at the time was so close.

“All it needed was one little change of pace to be able to kick past. But I don’t think I could have asked for much more out of myself. I was at my max speed. It has given me motivation to know I can do that again and hopefully be a couple of places higher to get in those medals.

“I feel like the Olympics were going to be a pretty good opportunity to try and step on from that. I hope that an extra year beforehand will make it an even better opportunity. Especially after having three months out with injury last year, I feel like another year of consistent running is going to help me loads going into an Olympics.”