Daniel Rowden and Raevyn Rogers among winners in Gothenburg 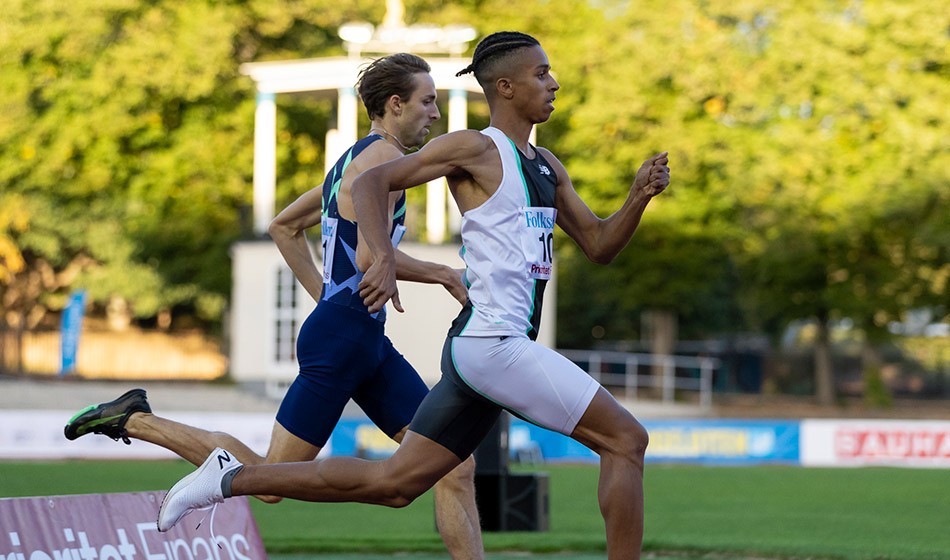 Britain’s Daniel Rowden (pictured) was among the athletes to impress at the Göteborg Friidrott Grand Prix on Saturday as he ran a PB of 1:44.74 to win the 800m.

Much of the pre-race attention was on home favourite Andreas Kramer, the European silver medallist who had come close to his 1:45.03 Swedish record at the Stockholm Diamond League, and it was Kramer who followed the pacemaker through 400m in 50.72.

But Rowden, silver medallist at the 2017 European U23 Championships, was just behind them and kicked past Kramer off the final bend, surging away to claim a clear victory in a time which places him fifth in this season’s world rankings.

The race in Gothenburg was Rowden’s second of the season after his 1:45.55 in Sollentuna on August 10. Before that, due to injury his last race had been at the European Championships in Berlin exactly two years prior.

The women’s 800m saw victory for the USA’s Raevyn Rogers, as the world silver medallist clocked 2:01.24.

Finishing second was Britain’s 18-year-old Keely Hodgkinson who set an outdoor PB of 2:01.78, which places her fifth on the UK under-20 outdoor all-time list. Hodgkinson’s indoor best is her European indoor under-20 record of 2:01.16 from February.

Another British teenager in fine form is Amy Hunt and her return to Sweden, where she won double gold at the European U20 Championships last year, was a success as she claimed 100m victory in 11.39 (+1.8m/s) – her third fastest ever time and the third quickest on the UK 2020 rankings.

Australia’s Stewart McSweyn won the 5000m in 13:09.83, while Sweden’s 19-year-old Emil Millán de la Oliva was among the 10 athletes to run a PB in the race, clocking 13:29.59 in seventh to move to third behind Jakob Ingebrigtsen and Steve Binns on the European under-20 all-time list. Britain’s Jonny Davies was ninth in 13:31.24.

European indoor silver medallist Thobias Montler secured success on home soil, winning the long jump with a leap of 8.11m (+1.1m/s) in the third round and backing that up with a marginally windy 8.10m (+2.1m/s) in the final round.

The event was live streamed by Vinco Sport, with coverage available to watch back by fans in the UK here.