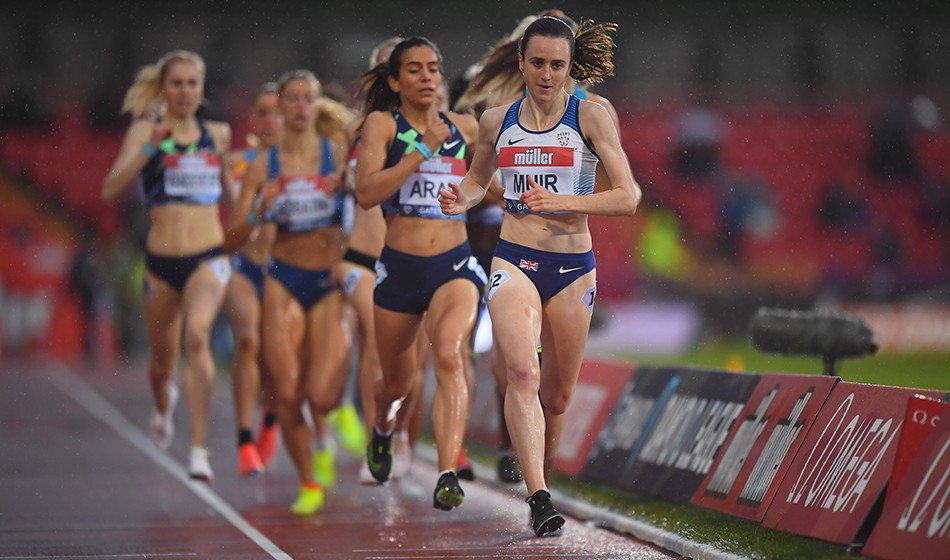 Mouthwatering clashes are set to unfold endurance events at the Olympic trials this weekend. The men’s and women’s 800m races in particular are super-competitive and places in the team to Tokyo will be hard to earn.

Jemma Reekie is fastest on paper with 1:58.27 outdoors this summer and the Scottish athlete ran even quicker in the 2020 indoor season with 1:57.91. She is entered for the 1500m, however, and may compete at that event instead.

Training partner Laura Muir is also entered and, despite being better known as a 1500m runner, she has shown terrific speed so far this year.

If they both compete, the pair will not have the race to themselves, though. Alex Bell enjoyed a breakthrough run of 1:58.52 in Belfast last month whereas European indoor champion Keely Hodgkinson has run marginally slower with 1:58.89 and the Leigh athlete is the reigning British champion.

Adelle Tracey (1:59.50) and Ellie Baker (1:59.54) have also run inside two minutes this summer and the latter beat Reekie in Oregon at the start of the season.

European under-20 champion Isabelle Boffey (2:01.24) has also been in PB form and could be due a further breakthrough. 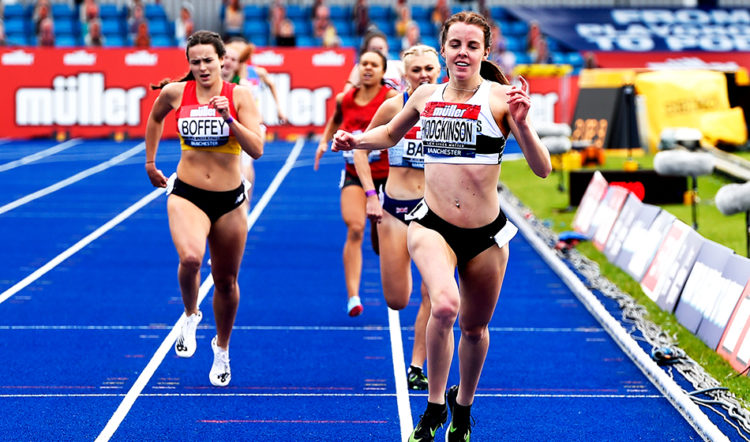 Traditionally this race is a slow tactical race which is bad news for those still seeking a 4:04.20 qualifying time.

Such is Muir’s domestic dominance over the last six years, her selection is surely guaranteed and the European champion may focus on the 800m here, but if she runs she will be a huge favourite. The 1500m final is just over a hour before the 800m heats.

Reekie is also entered and ran 4:05.09 in her one outing over three and three-quarters of a lap this season and may feel she has more to prove over the longer distance.

Katie Snowden is the only athlete other than Muir to have the qualifying mark this year and her American form suggests she is a clear favourite for one of the places to join the Scot in Tokyo. She beat Reekie in 4:02.98 in Irvine.

Holly Archer beat Snowden to take a European Indoor silver in March but has not quite shown the same form outdoors so far this summer and her 4:07.20 PB in America is exactly three seconds short of the Olympic qualifier.

European Team Championships 3000m winner Revee Walcott-Nolan has set 2:01.06 and 4:06.28 PBs this summer and will certainly be in the mix for a medal.

Erin Wallace impressed with the quality of her 4:08.10 BMC win at Watford and could be due a further breakthrough.

Eilish McColgan has the Olympic qualifying mark but is focusing on the 5000m.

The 4:00.46 performer Sarah McDonald accepted her invitation to run but has not raced since 2019.

In Doha, Laura Weightman was a fine seventh and she has the qualifying time from last year but her one outing on the track this year was a modest 8:53.37 nearly half a minute down on what she ran last year and she now has medical exemption so will not compete in Manchester.

Eilish McColgan and Jessica Judd have the luxury of having already sewed up their 10,000m selection and having the 5000m qualifier already under their belt so a top two place will guarantee they can double in Japan.

Two other athletes – the European Indoor 3000m one and three – Amy-Eloise Markovc and Verity Ockenden – have built on their Toruń form with huge PBs of 15:05.96 and 15:03.51 and will also be chasing a top two spot but they trailed McColgan and Judd in the 10,000m trial.

Sarah Inglis is the only other athlete with a sub 15;30 time this summer and another who participated in the Olympic Marathon Trial this spring is Lily Partridge who has not competed in a 5000m since the 2015 European Team Championships. 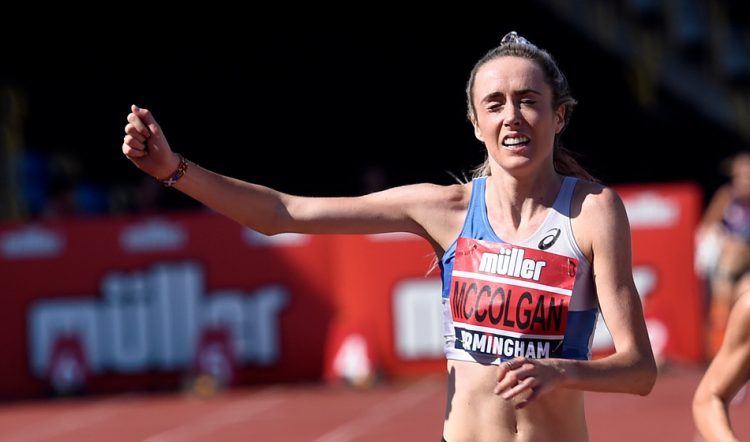 Defending champion Aimee Pratt (9:25.89) and Elizabeth Bird (9:26.73) are separated by less than a second with their Olympic qualifying marks this summer and it seems a formality they will seal their Tokyo selection with a top two spot.

No other athletes entered have broken 10 minutes this summer but Sarah Tait missed the time which is the European under-23 qualifier, by just half a second and is favourite for third spot.

Rosie Clarke, who has run for Britain in the last two world championships, recently announced her retirement.

Defending champion Gemma Bridge is absent though the other medallists Bethan Davies and Jasmine Nicholls return though neither have contested the distance on the track in 2021.

Under-23 Abigail Jennings has the fastest time this summer with 25:18.27 but was fifth last year.

It is difficult to think of a more competitive event on the programme at the Müller British Athletics Championships. The quality of the men’s 800m has been rising in recent years but it took off last summer when Daniel Rowden ran 1:44.09 in Zagreb to match the best time of 1980 Olympic champion Steve Ovett.

Rowden led a British one-two-three that day in Zagreb as Elliot Giles and Jake Wightman followed him home. Yet since then the event has cranked up to an even higher level.

In February Giles clocked 1:43.63 to smash Seb Coe’s long-standing UK indoor record, while Jamie Webb was also inside Coe’s mark with 1:44.54. As this summer began to unfold, Max Burgin front-ran his way to an emphatic victory in Ostrava in 1:44.14 – although the youngster has now withdrawn from Manchester with a hamstring injury.

Then, this month, Oliver Dustin trumped them all by taking two seconds off his PB to clock 1:43.82 to win in Nice.

Only Coe, Ovett, Steve Cram, Peter Elliott and Andrew Osagie have run faster outdoors. Dustin, who is still only 20, led a British sweep of the medals at the 2019 European Under-20 Championships in Boras and the silver and bronze medallists that day – Ben Pattison and Finley Mclear – are also in good form and contenders at what promises to be the race of the weekend in Manchester.

Such is the quality, established internationals like Kyle Langford and Guy Learmonth will go into the championships as outside medal hopes. They rank just 11th and 16th respectively on 2021 form with the top 10 all inside 1:46.

The heats should be great races in their own rights and could see some surprise eliminations with NCAA finalist Yusuf Bizimana and 2017 world junior finalist Alex Botterill also capable of an upset. 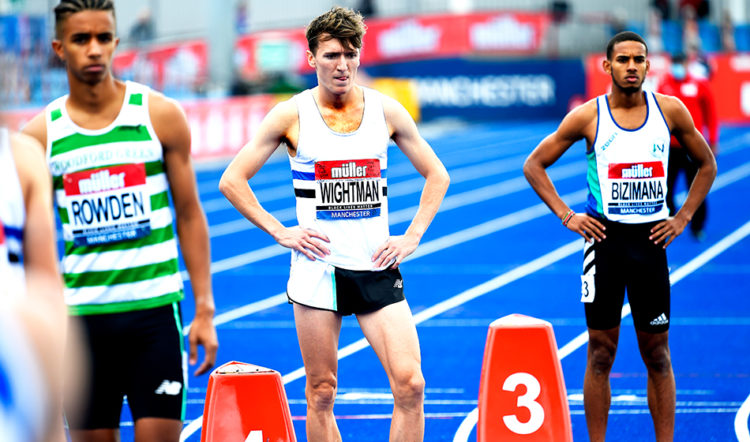 The metric mile race at the Olympic trials have the potential to be just as exciting as the 800m clashes. Josh Kerr is the fastest on paper going into the men’s event with 3:31.55. The Scottish athlete ran that time in the United States, where he is based most of the year. Many will regard Jake Wightman as the man to beat, though, after his 3:29.47 from last year and the fact he was first Brit home, in fifth, in the world final in 2019.

This is far from a two-horse race, though. Rio finalist Charlie Grice has been rounding into form this summer, while rising star Jake Heyward has impressed with a 3:33.99 PB while the improving Piers Copeland has also broken the Olympic standard of 3:35.00.

Look out for reigning British champion George Mills and newly-crowned England under-23 champion Tiarnan Crorken too in a stacked event.

Another improving athlete is Matthew Stonier – 3:39.17 PB at Watford – and also watch out for the three juniors Kane Elliott, Henry McLuckie and Ethan Hussey who have been way inside the European Under-20 Championships qualifying mark this summer.

Giles, who has the 1500m qualifying mark, is focusing on the 800m and has withdrawn from the longer event and another late withdrawal was world finalist Neil Gourley who had a soleus tendon tear following picking up Covid-19 at the European Indoor Championships.

Mo Farah is entered for this event, presumably just in case anything goes badly in his 10,000m on Friday night. So he is unlikely to race over 12.5 laps. It should still be a cracker though with Rio sixth-placer and 2019 champion Andy Butchart clearly in good form judging by his solo 7:43.57 3000m in Watford even if his qualifying time was set over two years in 2019.

Marc Scott possesses a more recent qualifier (13:05.13) and like Butchart only needs a top two spot to guarantee he can double up in Rio.

While on paper it would appear to be between the two, there are a number of other younger stars who could challenge the established duo.

Jack Rowe ran a PB 13:35.77 at a wet and windy Gateshead and is due a big breakthrough while former Euroepan under-23 cross-country champion Jonathan Davies ran a PB 13:21.56 in Nice a few weeks ago.

Another interesting entry is Sam Atkin who has not raced this year but ran an Olympic qualifier 10,000m last December a day after running a 13:18.57 5000m. 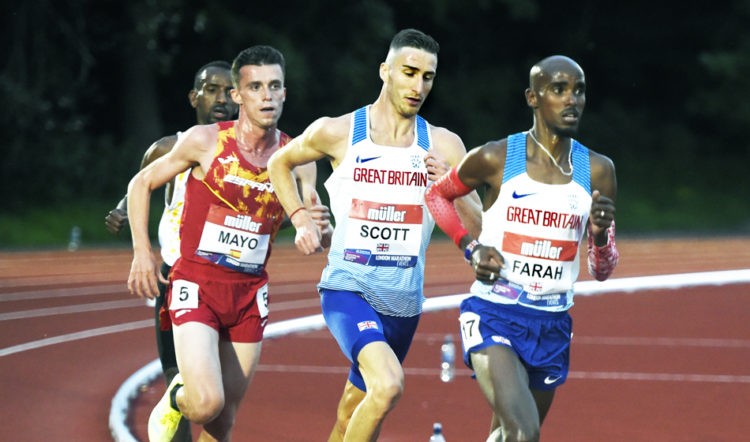 This is an invitational event rather than an official Olympic trial but it will attract much of the attention over the weekend due to the presence of four-time Olympic champion Mo Farah.

Now that he has recovered from a minor ankle injury, will Farah be back to his best on Friday (June 25)?

Also in the field are his Belgian training partner Bashir Abdi who achieved the qualifying time at Birmingham and Italian Nekagenet Crippa who finished just behind Farah in the trial.

Olympic 1500m finalist Ryan Gregson is among the pacemakers with Abdi also expected to help Farah break the standard.

Phil Norman gained the qualifying mark in Ostrava and only needs a top two spot to secure Tokyo selection.

Mark Pearce (8:25.43 in Nice) and Zak Seddon (8:28.38 in Birmingham) are hopeful of attaining the Tokyo mark of 8:22.00 as is American-based and former European under-23 medallist Jermaine Coleman is another who has gone sub-8:30 this summer.

Adam Visokay, Ieuan Thomas, Dan Jarvis and Jonathan Hopkins could all look challenge the 8:30 mark if it is a true-run race.

Under-20 Kristian Imroth, who has the Euro under-20 qualifying mark, is another interesting entrant. 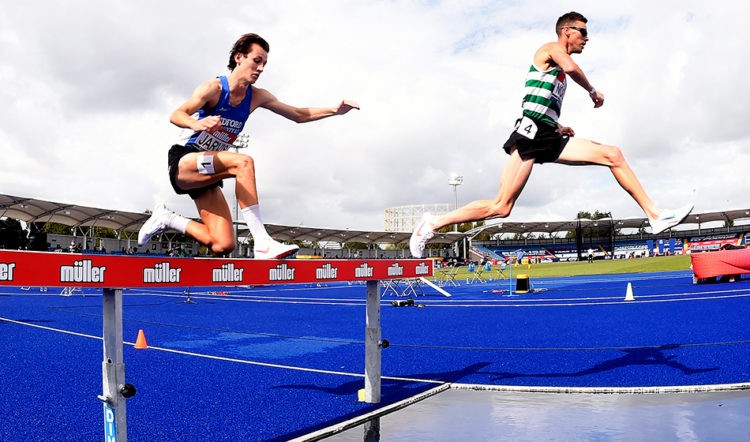 Men’s 5000m race walk
Olympic-bound at 20km, Tom Bosworth and Callum Wilkinson again do battle. Wilkinson goes for his third consecutive victory though there is two second between their outdoor PBs and Bosworth has gone significantly faster indoors with 18:20.97 last year.

One thing for certain is that Chris Snook’s UK lead of 21:29.21 won’t survive which illustrates how rarely this event is contested in Britain with just four performers on Power of 10 this year.