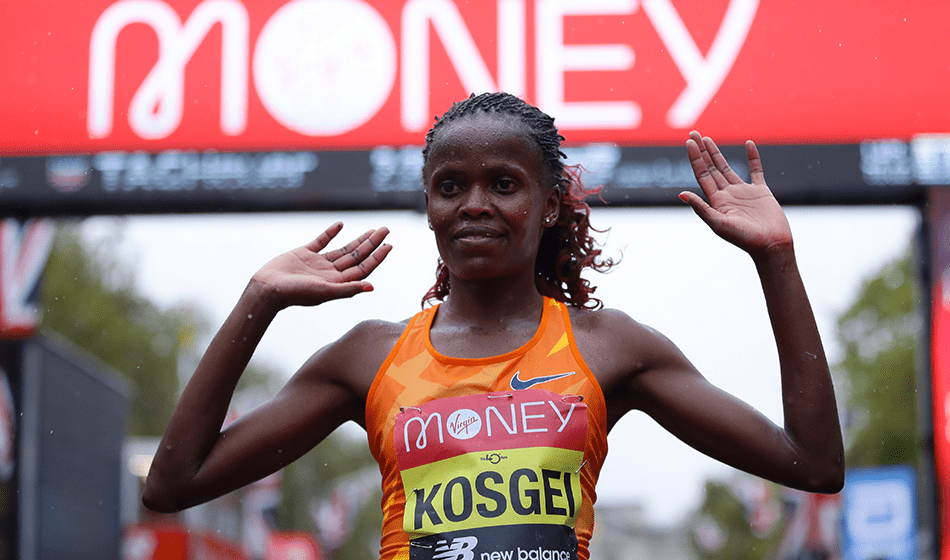 World record-holder Brigid Kosgei and Shura Kitata will swap the heat and humidity of Sapporo for a much cooler climate when they defend their Virgin Money London Marathon titles on October 3.

Kosgei, who won an Olympic silver medal in the women’s marathon in Japan just last week, is the fastest woman in history over the 26.2-mile distance (2:14:04) and is the two-time reigning champion in London after victory in 2019 and at the elite-only race which took place in October of last year.

The Covid pandemic has meant this year’s race will occupy an autumn slot again, rather than its usual April date, and Kosgei has her sights set on making it three in a row.

“It is a great feeling to be coming back, as London is one of my favourite marathons,” the 27-year-old says. “Last year’s win was very special, particularly given what the whole world was going through – it was fantastic just to have the London Marathon organised and even more so to be the winner. I hope to arrive again in very good shape and win for the third time.”

The Kenyan will face stiff opposition, given that seven other women in the field have personal bests under 2:20.

Reigning TCS New York City Marathon champion Joyciline Jepkosgei will be one to watch, especially as she set a personal best of 2:18:40 last December at the Valencia Marathon, where she finished second to current Olympic champion Peres Chepchirchir.

Roza Dereje leads the Ethiopian challenge and her personal best of 2:18:30, which makes her the tenth-fastest female marathoner of all time, is the second best time in the field behind Kosgei. Two-time Tokyo Marathon champion (2015 and 2018) Birhane Dibaba is also in the field and could pose a threat, given her best of 2:18:35.

Reigning champions Brigid Kosgei and Shura Kitata headline the 2021 Virgin London Marathon as they look to defend their titles on October 3.

The countdown is on ⏳ pic.twitter.com/QL8FS6ouhl

In the men’s race, Kitata will hope to bounce back from his Olympic heartbreak after the Ethiopian failed to finish in Sapporo due to the hot conditions.

“I was disappointed to have to pull out of the Olympic Games marathon but I just did not adapt to the weather well,” he says. “It was very cold in Ethiopia prior to leaving for Tokyo and when we got there the weather took its toll on my body and made my breathing very hard. But I’m healthy and looking forward to racing in the Virgin Money London Marathon again. I am preparing very well and my coach has me very ready to defend my title in London.

“Winning last year was an unforgettable memory and it gave me huge excitement to bring back such a big victory to my country and to make my family and coaches proud. I have set my mind on how I can run fast and better than last year and I’m looking forward to seeing if I can repeat the victory and make history in the race.”

The 25-year-old will line up alongside the two men who joined him on the podium at last year’s elite-only race – Vincent Kipchumba and Sisay Lemma.

With seven other men in the field having run sub-2:05, it will be a test for Kitata to defend his title. Evans Chebet, the current Valencia Marathon champion and the fastest man in the world last year with 2:03:00, leads the Kenyan challenge. Two-time Tokyo Marathon champion Birhanu Legese, who is the third-fastest marathoner of all-time with 2:02:48, will also be in London.

Add Mosinet Geremew and Mule Wasihun, who both finished on the podium at the 2019 Virgin Money London Marathon, into the mix and it has the makings of an intriguing and exciting race. 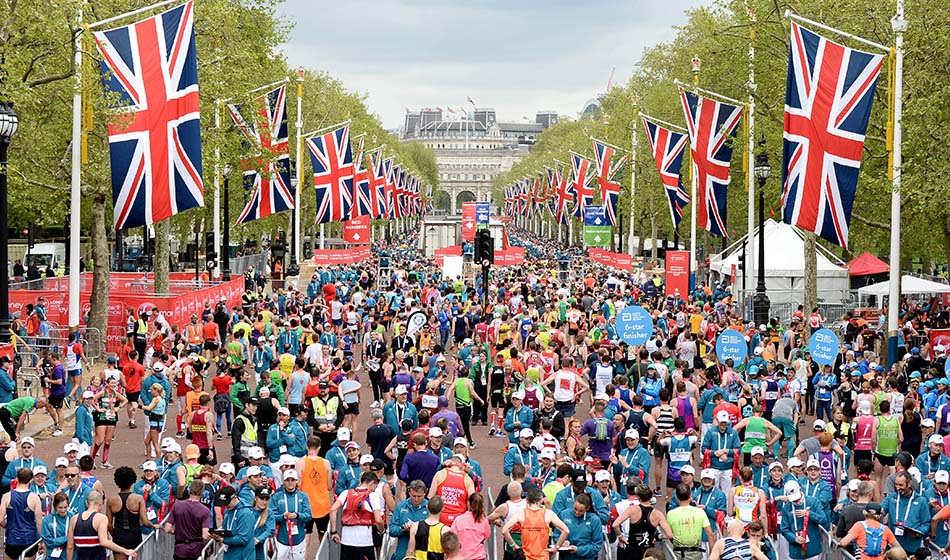 After a year’s absence, the Virgin Money London Marathon returns to its traditional and iconic course from Blackheath to The Mall after last year’s elite-only race took place on a multiple closed-loop circuit around St James’s Park.

It will form part of a thrilling climax to the Abbott World Marathon Majors Series XIII, with all of major marathons – Berlin, London, Chicago, Boston, Tokyo and New York – taking place over a six-week period.

The Series started at the 2019 Bank of America Chicago Marathon and will finish at the TCS New York City Marathon in November. In the women’s standings, Kosgei is in the lead, sitting 25 points ahead of compatriot and rival Jepkosgei. In the men’s standings, Kitata is currently in second place with Legese in joint fourth place.

“October 3 is set to be an extraordinary day in our history as these great athletes lead the way as tens of thousands of mass runners take on their 26.2 mile challenge from Greenwich to Westminster and around the world in the virtual event.”