Tim Johnston, an Olympic marathon runner for Britain in the 1968 Olympics, has died aged 80.

On the country, meanwhile, he won the Inter-Counties crown in 1963 and 1965, the Southern title in 1963, 1966 and 1969 and competed five times in the International Championships – the forerunner to the world cross-country championships – with a best place of second, to Gaston Roelants of Belgium, in 1967.

At Olympic level he won the British marathon trials for Mexico in 1968 but despite spending some of the previous year acclimatising for the altitude, he struggled in the thin air with a stitch and finished eighth in a race won by Mamo Wolde of Ethiopia as Johnston’s team-mate Bill Adcocks was fifth. 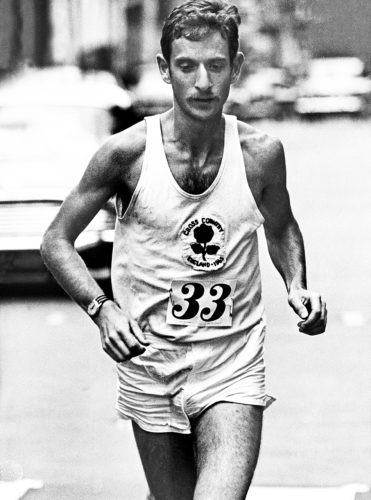 Elsewhere he was a fine steeplechaser with a best of 8:53.6 and despite Achilles problems ending his senior athletics career, he went on to win European and world masters titles.

Outside athletics he trained as a solicitor and taught English in addition to enjoying a spell as a lawyer-linguist in Brussels.