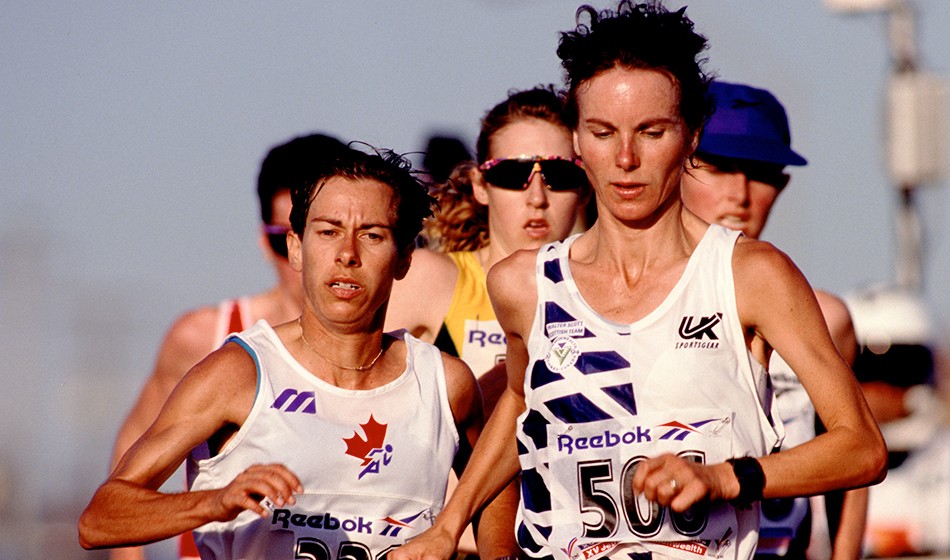 Scottish athlete, who was a regular in GB and Scotland squads in the 1980s and 1990s, passes away

Her achievements include placing fourth in the Commonwealth Games marathon in 1994, 16th in the 1993 World Championships marathon and 45th in the 1996 Atlanta Olympics marathon.

With a PB of 2:33:16, which was set at the Commonwealth Games in Canada in 1994, she won international marathons in Bordeaux, Majorca and Seville. MacLeod is pictured above at those ’94 Games alongside gold medallist Carole Rouillard of Canada (No.321).

Born on April 24, 1958, and growing up in Skye, she has been described as one of the best athletes to ever emerge from the north of Scotland. However her career was brought to an end in 1998 when she fell ill at the Boston Marathon.

She was diagnosed as having Berger’s disease – a rare kidney problem – and she later had a kidney transplant from her sister Deborah.