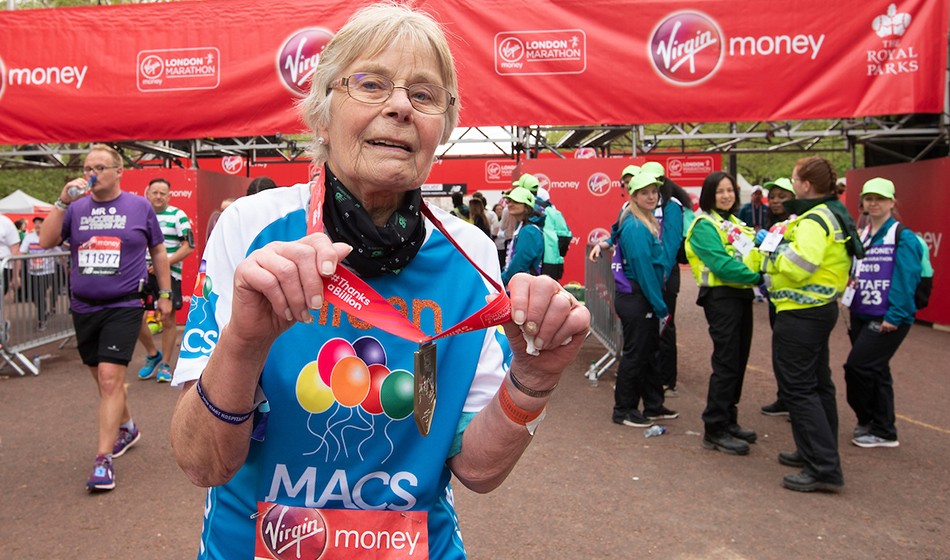 The amazing Eileen Noble, 86, leads the charge of the golden oldies on the streets of the British capital on Sunday

This year’s Virgin Money London Marathon sees a number of races within a race featuring some of the most impressive distance runners on the planet. For the first time the event is hosting the Abbott World Marathon Majors Wanda Age Group World Championships and the competitors include the best veteran endurance athletes on earth.

You won’t see them rubbing shoulders with elite runners like Brigid Kosgei or Shura Kitata during the race. Due to their age you are unlikely to find them boasting about their achievements on social media either. Yet these golden oldies are capable of spectacular age-defying performances which are every bit as impressive as the younger athletes who will fill the leading positions overall.

In total there are 4200 leading masters athletes from 82 different countries ranging from 40-year-olds to runners in their 80s and each one is world-class for their age.

Take Eileen Noble, for example. At the age of 86 she is the oldest runner in this year’s event and is looking to become a world champion on Sunday. She only took up running for fun and fitness aged 53 but this will be her 20th London Marathon.

On the secrets of her success, she says: “I don’t really have a secret. It’s just a case of keeping going. I can’t stop or I won’t start again. Every time I get ill or injured I have to get going again as soon as possible or I wouldn’t get back to it.”

She adds: “It stops me thinking about my age, really. Most of the people I run with are much younger so it makes me feel closer to their age than my own.

“I often think this is going to be my last one, but I just keep coming back to it. I will probably still be doing parkruns at 90.

“Getting through the front door is the hardest bit. Once I get down the road it’s not so bad. But I have to push myself to get beyond my own street.”

Such is her determination, Noble completed the virtual London Marathon last year in wet conditions in eight hours and four minutes.

On competing for a world title in an age-group championships which was postponed from 2020 due to the pandemic, she says: “I certainly didn’t think I’d ever be running to be a world champion at 86. I wasn’t looking that far forwards, to be honest!”

Another British masters runner, Yuko Gordon, is favourite to win the W70 age group and has a remarkable story. Originally from Japan, she finished 34th in the 1984 Olympic marathon in Los Angeles representing Hong Kong while combining her training with work as an air hostess. 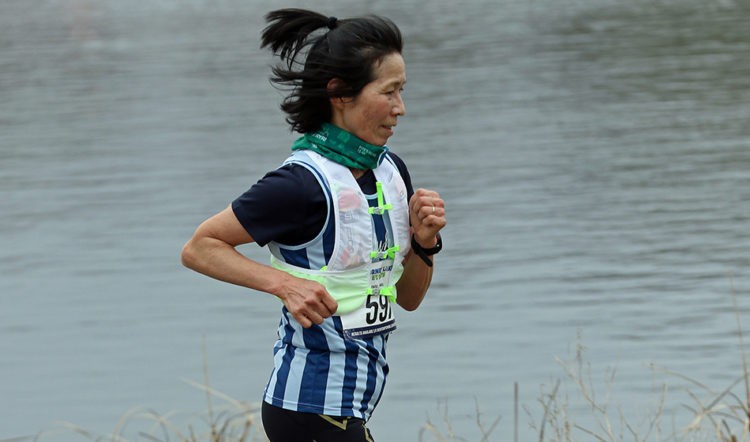 After a 15-year break from running to bring up her children and living in the UK since 1998, she returned to the sport relatively recently and ran 3:29:01 at Dorney Lake in April this year.

“I did my first marathon in Hong Kong in 1980 when there were only six girls – and I was second,” Gordon remembers. “I didn’t ever thing I would be an Olympic runner, but I guess competitiveness is in my nature so I wanted to do my best.”

American Jeannie Rice is in the same W70 age group and ran 3:27:50 in Chicago in 2018 and 3:28:46 in Berlin in 2019 but on the eve of London she admitted it would be “an honour to finish second to Yuko as she is an Olympian”. Unlike Gordon, Price began running to lose weight when she was in her mid-30s but then got hooked.

Elsewhere, Gene Dykes is one of the top contenders for the M70 age group and the American ran 2:55:17 at the Toronto Waterfront Marathon to qualify for London.

Volker Rose, a mere youngster in the M50 age group, is also representing the United States and aiming to run 2:50 and says: “I have three great reasons to be here: it’s my first London Marathon, my first world championships and I’m going to be a Six-Star Finisher.”

“I am absolutely super excited to be welcoming these championships to London,” says London Marathon event director Hugh Brasher.

“To see these runners and the speeds they are running at their age is quite incredible.”