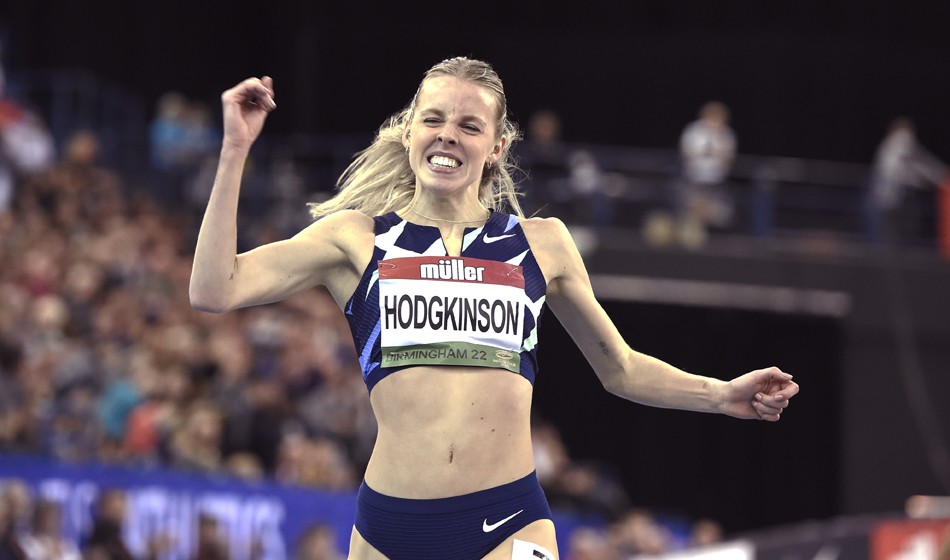 Keely Hodgkinson says she plans to kick start her summer season at the Müller Birmingham Diamond League at the Alexander Stadium on Saturday May 21.

It promises to be a busy late-May period for the 20-year-old British record-holder as she is then due to race Olympic 800m champion Athing Mu of the United States at the Pre Classic in Oregon on May 28.

Hodgkinson was forced to pull out of the World Indoor Championships in Belgrade due to a minor quadriceps injury but she is back in training now and looking forward to the summer.

“Last year was incredible from start to finish which I think made the decision to come out of the world indoors even harder,” she says. “I obviously went to Belgrade to win gold and I didn’t even make the start line, so I was gutted. I’ve never had to pull out a race before, but it’s about looking at the bigger picture and making sure the problem is fixed and doesn’t reoccur.

“I’ve still got a lot to learn as a professional athlete and that experience, which was pretty upsetting at the time, taught me a lot. I’m grateful to have such a brilliant team around me to support me and I’m already making good progress.

“I got back to running within about 10 days, which was what we had hoped for, and I’m now totally focused on my return to full fitness and to winning medals at the big championships this summer. I’ve got high expectations, but I’m at my most comfortable on the track and I can’t wait to kick off my summer campaign in Birmingham.”