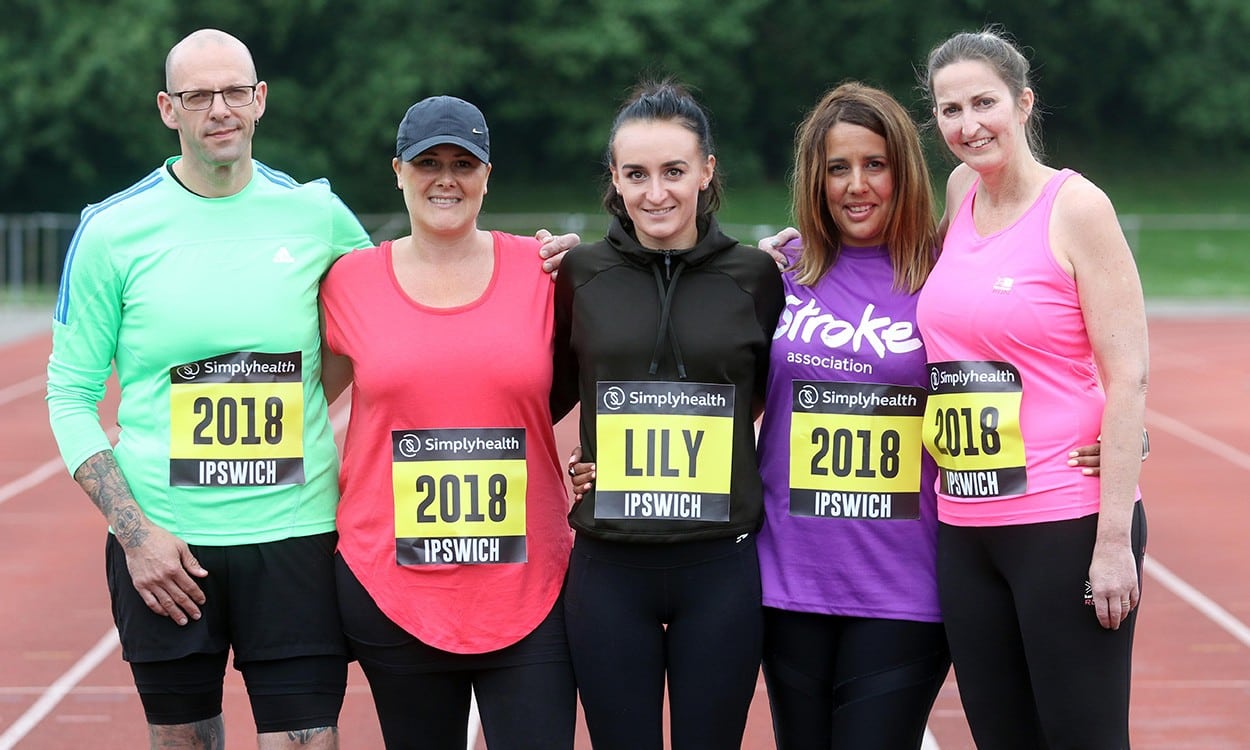 Lily Partridge is to support four people on their journey from beginner runners to Simplyhealth Great East Run half-marathoners.

In the lead-up to the event on September 16, British marathon champion Partridge, who finished eighth at the Virgin Money London Marathon last month and secured a spot on the GB team for the European Championships in August, will provide guidance to the runners as the event’s new elite athlete ambassador for 2018.

The sold-out 13.1-mile event, which is now in its second year, starts and finishes in Ipswich and travels out through the Suffolk countryside.

Partridge will support the runners through question and answer sessions as well as being there to welcome the team across the finish line on event day.

Her top tips for runners targeting a debut half-marathon in the autumn include using the summer weather as an excuse to get out the door to train, making sure runners fuel adequately and enjoying the process.

The group will also be supported by specialist running coaches from Ipswich Jaffa Running Club, who will provide them with weekly training sessions and a bespoke half-marathon training plan.

GREAT EAST RUN ??‍♀️ Proud to be asked to be the Elite Athlete Ambassador for this year's #GreatEastRun in Ipswich. Really looking forward to supporting and following the journey of the runners who are preparing to tackle their first #HalfMarathon this September! If you're preparing for your first half marathon this autumn feel free to use these #toptips to help you make your first half something to remember… ✔ Use the summer weather as an excuse to get out the door even if it's just for a mile per day. Build your training into your normal routine; little and often! ✔ Its okay to stop, have a walk, have a drink and then carry on in training… your not trying to break any records (on your first one?) so enjoy it! ✔ Make sure you're drinking enough fluids especially in the warm weather ? ✔ Eat enough… training for a half marathon is not the time to start a diet. The training will work but definitely eat foods that give you slow release energy and foods that make you feel strong ?? ✔ Enjoy it! Join a group, run with a friend, run with music, do a fitness class…. anything! Make it a sociable and fun part of your daily routine. There are many ways to get fit ?️‍♂️ ✔ Don't over do it! Especially if your new to running. It beats you up so switch it up every few days to give your body a rest from the impact. Less will be more and will make it feel manageable and you won't be so tired which will aid motivation and enjoyment! Feel free to post any questions you may have below but I can't wait to see you all @great_run #GreatEastRun or other events this spring & beyond ! Smash it!! #HalfMarathon #Winners

Runners involved include Nick Partridge, who lost 13 stone in one year after he was advised by his GP to lose weight for the sake of his health, and Leah Ambrose, who suffered a stroke at the age of 37 and has used physical activity as a way of helping her deal with the stress.

Joanne Porter is running for Cancer Research UK after discovering a lump in her arm which turned out to be cancerous, while Amanda Cook has lupus, which often leaves her fatigued with aches and pains, but she hopes the half-marathon challenge can offer her the support she needs to enjoy running again.

At a gathering on Wednesday, Partridge and the runners were joined by three of the coaches from Ipswich Jaffa, who will assist in their weekly training plans.

“Ipswich Jaffa is again looking forward to welcoming the half-marathon challenge runners to the club and to helping them achieve their goals with guidance and advice from our qualified and experienced coaching team,” said Alison Beech, chair of Ipswich Jaffa.

“We know that peer encouragement and support is also important and will again offer temporary membership of the club, which last year’s runners found helpful.”

Abdul Razaq, director of public health and protection at Suffolk County Council, said: “It is truly inspiring to hear the journey and challenge that these individuals are embarking on and I wish them all the very best with their training.

“I am sure Lily will be an inspiration to them and the many more runners who will be taking part on Sunday 16 September and making a positive contribution to our ambition to make Suffolk the most active county in England.”