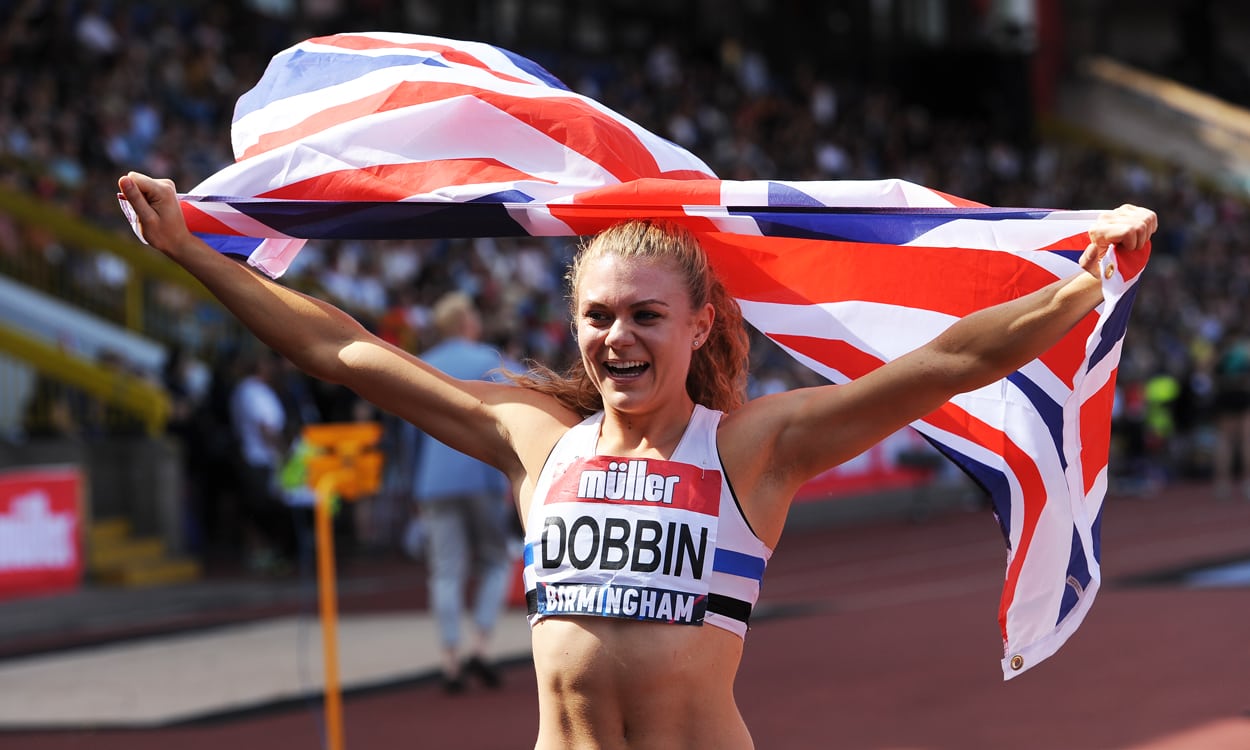 British champions from last weekend’s national championships in Birmingham were rewarded with a call-up to compete in the Athletics World Cup at the Olympic Stadium later this month.

They include Lorraine Ugen, who took the British long jump title with a 7.05m world-leading mark, plus high jumper Morgan Lake, hammer thrower Sophie Hitchon and sprinter Beth Dobbin (pictured) – all of whom broke championship records in Birmingham.

Not all the British champions are in the team, though, with 100m winners Reece Prescod and Dina Asher-Smith among the notable absentees.

But the squad is still a strong team as it prepares to face the United States, South Africa, Poland, France, China, Germany and Jamaica on the same weekend that the FIFA World Cup final is played in Russia.

As well as competing for a maximum eight points across the 34 events, each individual athlete in the overall winning team will receive $10,000 as well as a platinum winner’s medal.

Dobbin and Lake were joined by sprinter Ojie Edoburun in London on Thursday to unveil the platinum trophy – said to cost over a quarter of a million US dollars – which is up for grabs alongside the $2m prize pot.

“It’s always an honour to represent Great Britain at any level so I’m excited to be at the first edition of the Athletics World Cup,” said Edoburun, Britain’s joint second-quickest 100m sprinter this year with his 10.04 PB from June.

“It’s a new format and I think it’s cool for the sport. It should be a good competition with great competitors, the stadium is beautiful. I’m just excited to get back in there and run.

“Seeing the trophy is pretty amazing,” he added. “I didn’t get a chance to hold it but I think it probably worked out for the best – I’m quite clumsy so I didn’t want to drop it! I enjoyed looking at it.”