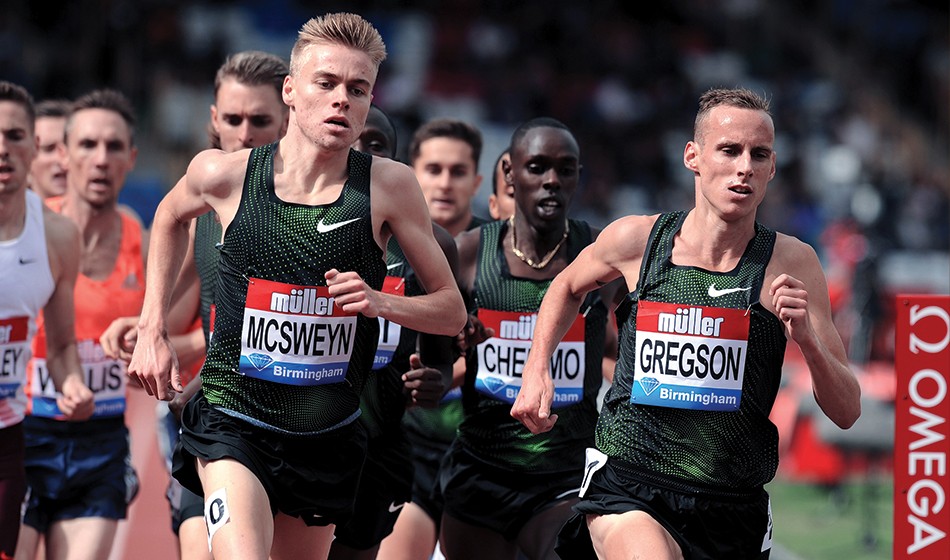 With a host of impressive performances over the past 12 months, Stewart McSweyn has, it seems, emerged relatively unscathed from the impact of the global coronavirus pandemic.

The 25-year-old Tasmanian-born athlete – who broke Australian records for 1500m (3:30.51) and 3000m (7:28.02) in September 2020 and clocked an Australian all-comers’ record for the mile in late December (3:50.61) – is studying to be a secondary school PE and English teacher and is halfway through his final year at university. He has also been selected to represent Australia over 5000m at this summer’s Olympic Games in Tokyo.

A former steeplechaser, McSweyn credits his progression in recent years to the strength of his training group at Melbourne Track Club (MTC) and the guidance of his well-respected coach Nic Bideau.

“I’d probably say the Tuesday endurance reps session. As we get close to racing season we’ll do some really hard sessions, but a lot of the time you’ve done them before so you have a benchmark. If you do really well in those sessions you can see you’re either in really good shape – which is exciting for the races coming up – or you can get found out and work out that you need to train a little bit better or more consistently.”

McSweyn meets up with the MTC group three times per week for sessions.

“There might be 15-20 of us training as MTC then we normally have some younger kids coming along – sometimes we can have up to 100 people,” he says. “Even though we’re an elite squad, it’s kind of cool that anyone can turn up and train with us, especially if they know someone in the group. It obviously makes it a fair bit of fun, too, when you’re warming up and down with so many people and different personalities.

“When we go overseas and we’re based in Teddington [in London], the crew is a lot smaller. We probably have a maximum of ten people at a time over there, so that’s when it gets a little bit more serious.” 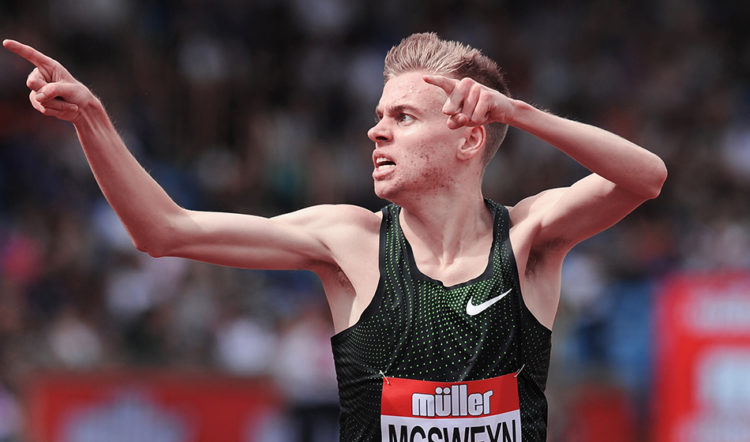 Wednesday: (am) 14km “with a couple of the boys”, followed by gym (core stability and weights “but not lifting anything crazy”) for about 45min; (pm) 7km easy.

Friday: (am) 14km easy followed by 45-60min worth of gym as per Wednesday, then physio.

Saturday: (am) hill reps: “we’ll do either a 7km hilly continuous course where we’ll go 70% between the hills then 90-95% up the hills (I think the hills range from 35 to 90 seconds long), or we’ll just do hill reps. We’ll do about 12 hills in that 7km so it’s a pretty brutal session, especially if you’re tired towards the end of the week”; (pm) 7km easy.

McSweyn’s weekly mileage averages around 160km/100miles and he complements his training with Pilates. “In the gym we focus a lot more on running muscles whereas in Pilates it’s more general stuff – probably the stuff that as runners we forget about strengthening,” he says.

“It helps with building general stability which helps with running and hopefully helps minimise the chance of getting injured.”

“A long run without a group. I like it if I’m with my squad of 8-10 guys because it goes quickly, but there are more fun things to do on a Sunday morning than running 1hr 45min by yourself.”

“The big thing for me now is consistent training and staying healthy,” he says. “Based on my European season last year I feel like I know what I need to do in the races heading into the Olympics and I’m taking that confidence with me. I feel like I’m in better shape than I was this time last year, so if I have no interruptions, I can hopefully run to another level.”

As a future teacher, McSweyn, who was part of the pacing team for the historic INEOS 1:59 project in 2019, appreciates the role he has to play in inspiring the next generation of athletes.

Balancing his own career as an elite athlete and a student hasn’t been easy, but with his mum’s encouragement he has persevered.

“Hopefully I’ll have some good advice to pass on by the time I’m taking PE classes,” he laughs. “The only bad thing is, when the kids find out you run or whatever, they always try and race you!”

He doesn’t want to put a specific measure on success in Tokyo, but if he has given his preparation 100 per cent and can go there and execute the best race he can, he’ll be happy.

“When I was growing up I didn’t even dream that I’d represent my country,” he says; “so whatever happens, happens – I’ll still be pretty proud that I was able to achieve something I probably thought I couldn’t as a kid, and I think that kind of relieves a bit of the pressure.”

» This article first appeared in the April issue of AW magazine. To buy a copy, CLICK HERE