The right steps to improvement 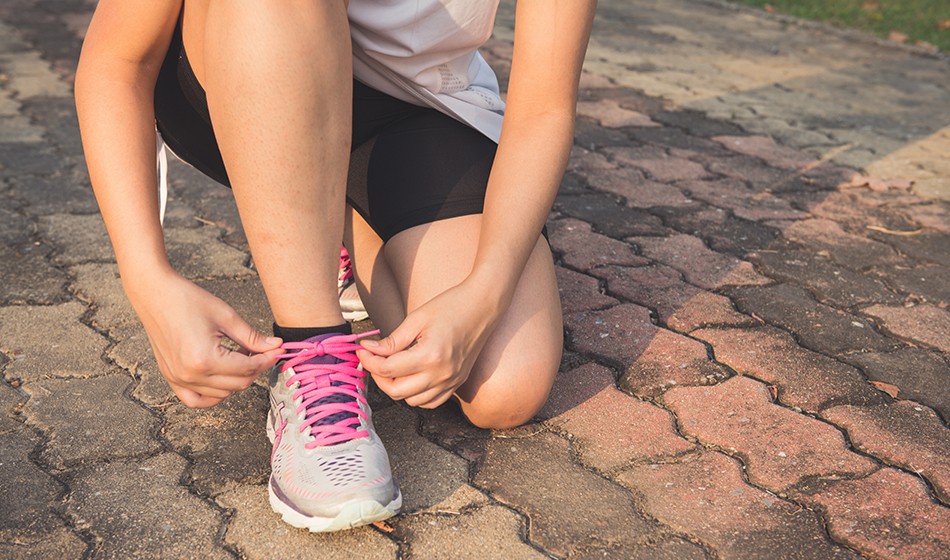 How is your training going so far in 2021? Have you started the new year, as so many do, full of enthusiasm and good intentions but already starting to feel the strain or are you sticking religiously to a carefully constructed plan?

Physio Paul Hobrough is traditionally a particularly busy man come mid-January when injuries start to rear their heads for those who have bitten off more than they can chew.

This kind of scenario can be avoided, however, for runners who are able to stick to two major principles. The first: don’t increase your weekly training load by any more than 10 per cent per week. The second: incorporate more of the “boring stuff”, such as strength training exercises into your routine.

“There’s much more information around now about how to develop a good training plan, but we’ve never really got away from this notion of making sure we only increase our training by 10 per cent each week,” says Hobrough, of ichathpysio, who has treated top athletes such as Steve Cram and Paula Radcliffe, in a recent AW video clinic. “It’s still as relevant today as when it first came out.

“Training at the same level, or going up by five per cent or 10 per cent – they all have the same injury risk attached to them. Go up to 15 per cent, however, and the risk goes up dramatically.”

It’s a temptation, particularly after a year without racing, to try and reach full speed right away, to come sprinting out of the blocks. Hobrough, however, insists now is the time to be honest with yourself and decide what you are really looking to achieve.

“For the mid-pack runner, the club runner or sub elite, they will be more at risk of going ‘I’m going to lift my game’,” he says.

“Look at where you want to get to – is it an age group record? Is it a PB? There’s lots of impetus to want to push yourself, to really go for it now and feel like you’re in the right shape in January whereas actually it’s a process.

“Look at where you’ve got to peak and work backwards. Find out what you’ve got to be doing today, tomorrow and the next day and then work out ‘am I disobeying that 10 per cent increase rule anywhere?’

“It’s not down to just one run, though. Look at the whole week, the whole month on month and have you kept that 10 per cent?

“People will think it only applies to their long run on Sunday, without realising they might have done 20 per cent more on their Tuesday or Thursday runs. That doesn’t work – it’s got to be 10 per cent everywhere otherwise you’ve still broken that rule.

“Set your goal, work backwards and then do the calculations. If you do that, your injury risk remains the same as if you did less training – that’s what people need to get their head around.”

Now comes the harder sell. So many runners love the process of running, of pushing themselves and having the wind in their face. Not quite so many will rush to perfect their single leg squats in the spare room, regardless of how many benefits it will bring.

“There tends to be an approach from a lot people which is like the ostrich sticking their head in the sand and thinking ‘if I just run, then I’ll get better at running’. But if they did some work to strengthen their glutes, for example, then that is free speed – even if they didn’t change their technique.”

And it doesn’t take as long as you might think.

“Six weeks of doing some exercises…if you started them now then by Valentine’s Day you’re a faster runner with less injury likelihood,” adds Hobrough.

“It all depends on what you want. If you want to be a good runner and you’re not doing that boring stuff then it’s a pipe dream, it isn’t going to happen. That is just a fact.”

The last World Athletics Indoor Tour Gold meet of the season is underway in Madrid with Juan Miguel Echevarria leaping 8.14m in the 1st round of the long jump. BBC coverage from 4.10pm in the UK. https://athleticsw.com/holloway-ready-madrid