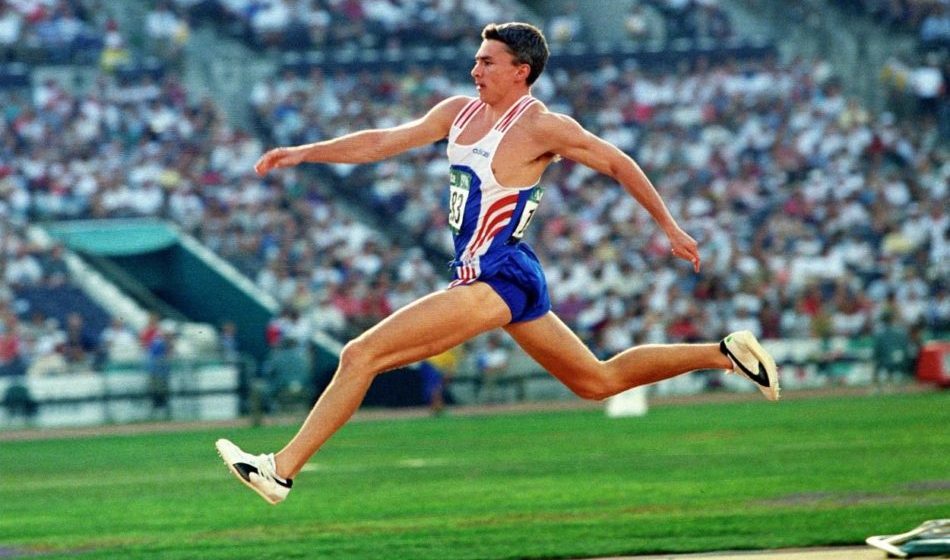 What are the keys to success when it comes to the event which asks competitors to master the hop and the skip, as well as the jump? We explain more

To non-athletics fans, the triple jump is perhaps misunderstood. It’s not an obvious test of human physical capability, like the long jump – no-one is ever going to have to hop, step and jump over a ditch, for example – however, the event’s combination of jumps can produce a phenomenal spectacle of athleticism, with men surpassing 18 metres and women 15 metres at elite level.

To do this requires great skill, strength and courage.

Speed is as crucial for the triple jumper as it is for the long jumper. However, the speeds generated by the former event are slightly slower than that of the latter.

The fastest elite males will be taking off at a speed of around 10 metres per second and females around 9m/sec from the hop.

However, what differentiates the triple jumper from the long jumper is the amount of landing force they will need to overcome.

It has been estimated that hop landings can result in the jumper having to absorb between 15-20 times their bodyweight. Apparently, such is the load that the leg would actually break if the force was not returned in the milliseconds of the contact.

An elite jumper such as Christian Taylor will have just 0.15m/sec to absorb and return force from the hop to step and 0.184m/sec for the step to jump. These figures from the 2017 London World Championships, where Taylor won with a leap of 17.68m, highlight the slowing that occurs during the triple jump going into the jump phase.

As the jumper moves through the phases they lose horizontal velocity and therefore typically spend more time on the ground for the landings. The better jumpers are able to minimise speed loss through optimised technique, approach speed and very specific conditioning. 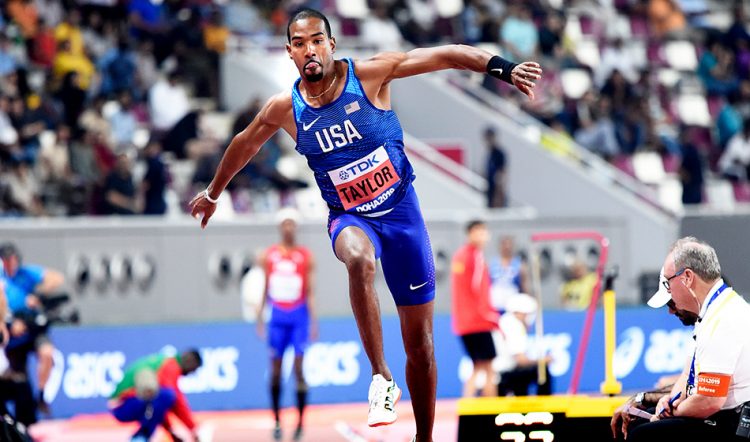 Speed, therefore, is fundamental. The triple jumper still needs good flat speed – the quicker the velocity at hop take-off, the greater the velocities there will be for the step and jump and therefore distance jumped. Simply put, the faster jumper has more speed to lose.

In terms of “phase speed” the angles of take-off can make a big difference. It is often said that the best triple jumpers skim like a stone thrown across water at a shallow angle.

This is more or less correct (triple jump style can have an effect) – the hop is performed from an angle of circa 15-18 degrees, while for the step the take-off angle is circa 15.5 degrees and for the jump 22 degrees. As noted, contact times typically increase for the step and definitely for the jump as horizontal velocity is lost and vertical velocity increases. As an example, when winning the world title in London Taylor produced a vertical jump velocity of over 6m/sec for this phase.

Power is essential for successful triple jumping. It’s needed for run-up speed and for the hop, step and jump. Plyometrics are therefore fundamental. These activities develop what’s known as the stretch-reflex capacity in muscles.

Crucial to plyometric training for triple jump is eccentric capacity. Indeed, this could be the most important area of power that needs developing for the triple jumper.

An eccentric muscular action is a lengthening one – it happens at the ankle, knee and hip on ground contact for the triple. The various muscles (and other soft tissue) go on stretch to absorb the impact and brake downward force before the energy is fired back via muscle-shortening concentric actions. There are numerous jump and weights exercises that can be used to develop eccentric capacity.

Weight training is also fundamental for triple jump conditioning. However, its usage must be designed to really complement the other training the athlete is doing. This piece of the training jigsaw must fit with the rest – if not it can disrupt and even reduce development.

As I’ve said before, strength for the sake of strength is a red herring for all events and not just the triple jump. Having said this, it is crucial that the jumper learns to handle very heavy weights with good form and with maximum neural commitment if they want to maximise their benefits. This is something that takes time.

Something else that takes time is developing the robustness needed to withstand the forces involved in the triple. Bodyweight and lighter weight training, balance and stability work must all form part of the triple jumper’s training, no matter where they are in their event lifecycle. Development must not be rushed with young jumpers and their training must be specific and progressive.

Young triple jumpers jump from closer to the pit in their respective age group competitions, however there is an argument that these distances are still too far.

Compare what “steps” there are for hurdlers and throwers transitioning through the age groups and you will appreciate what’s being said here.

A look back at some of the great triple jumpers of the past such as Willie Banks, Victor Saneyev, Jonathan Edwards and Taylor on the men’s side and Ashia Hansen, Caterine Ibargüen and Yulima Rojas on the women’s showcases the many technical and style variations within the triple jump. 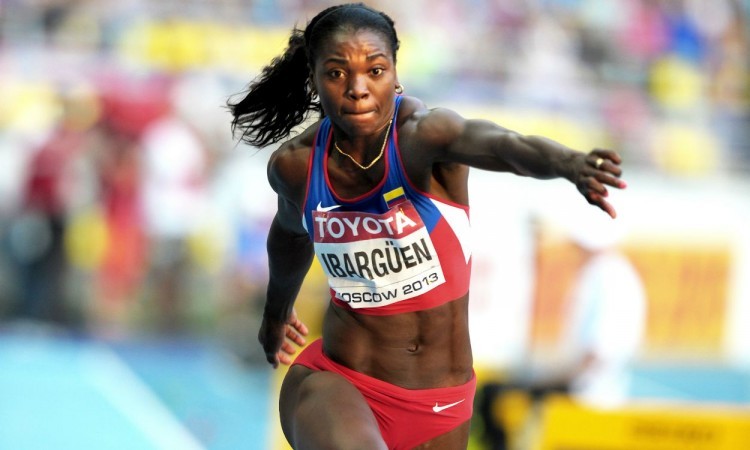 Let’s pick out some key areas for consideration.

2: Pawing of the contacts

The foot needs to come back toward the track surface from an extended position, driven initially by the hip, to assist with preserving speed between the phases. The foot must also be held toes up to make strong contacts.

At all take-offs there needs to be a very strong swing and lift of the free leg’s thigh. This will transfer momentum and extend phase length.

From the hip drive from the hop it may be advantageous to drop the free leg down long to increase the control of forward momentum from the take-off and allow for greater range in the hop. This is something all males at least should do. Women’s triple jump technique can be different to men’s for various reasons beyond the scope of this article.

This should be pretty even. The step will be the shorter phase but this needs to be between circa 26-30 per cent of total distance for males and females.

Yulimar Rojas – The Venezuelan indoor world record holder (15.43m) keeps it very smooth, with everything going forward. Focus on her step and watch the free leg and arms literally directing her where she needs to go.

Pedro Pablo Pichardo – The ultimate bouncer! The Portuguese former Cuban showcases the style of his country of birth with slightly higher phase trajectories which also befits his god given springs.

References the use of the arms during the phases of the jump. For the double arm action both arms are drawn back prior to ground contact and driven through past and forward of the hips. For the single – of which there are variations usually on the hop and jump phases – both arms work independently through the take-off and flight.

Coach form, rhythm and balance over distance initially. From just a few steps place lines on the track leading to the pit that achieve circa 33% distances between the phases and get the young jumper to hit or be near to those lines as they jump.

As most coaches will know, a lack of a step phase is the biggest distance killer in young athletes and this drill, if performed regularly from the onset of triple jump training, will start to train out that fault.

» This article first appeared in the April issue of AW magazine. To buy a copy, CLICK HERE