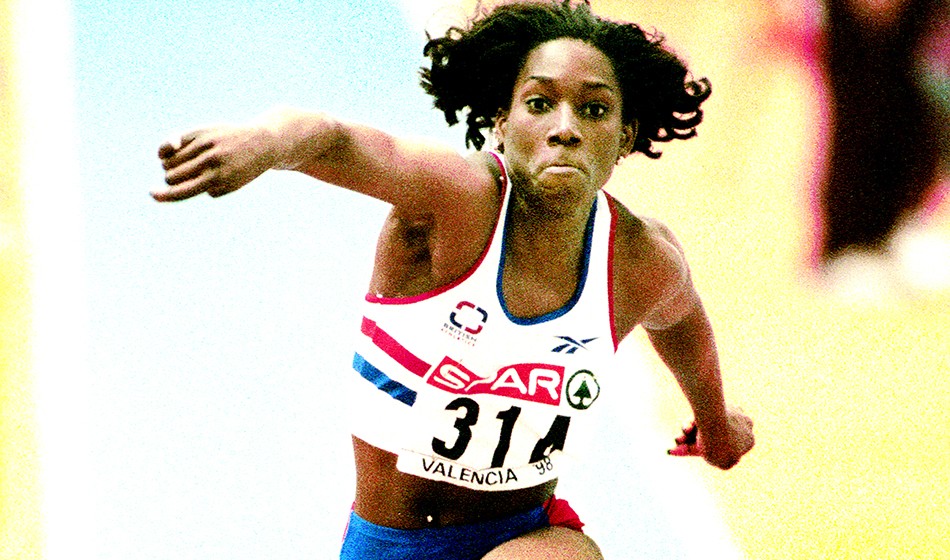 On the anniversary of Ashia Hansen’s world indoor record in 1998, we take a hop, step and jump down memory lane with the triple jump legend

When Ashia Hansen stood on the runway in the fourth round of the triple jump at the European Indoor Championships in Valencia in 1998, her goal was to wrest back the lead from Sarka Kasparkova of the Czech Republic. What unfolded, though, was the performance of her life as the then 26-year-old soared out to a world indoor record of 15.16m.

The crowd in the Palacio de los Desportes Luis Puig gasped as the Briton not only secured gold but added 13cm to Iolanda Chen’s global best. The achievement catapulted Hansen to stardom and proved to be the first of several major titles – a tally that would almost certainly have been even bigger had she not endured such an injury-hit career.

“I remember it clearly,” she says, looking back on a moment from 23 years ago today (Feb 28). “I felt quite relaxed and I remember Debbi Marti was about to take her (high) jump at the same time and I thought ‘you know what, I can’t wait for her to go. I need to go now’. And I just went for it!

“I remember visualising the perfect jump. I was trying to mimic what I was visualising and it all kind of came together at the same time. I was coming down the runway and I could see Debbi out the corner of my eye and I could see some judges out of the corner of my other eye and I thought ‘this is weird, it’s all happening in slow motion’. I’ve never had anything like it since.” 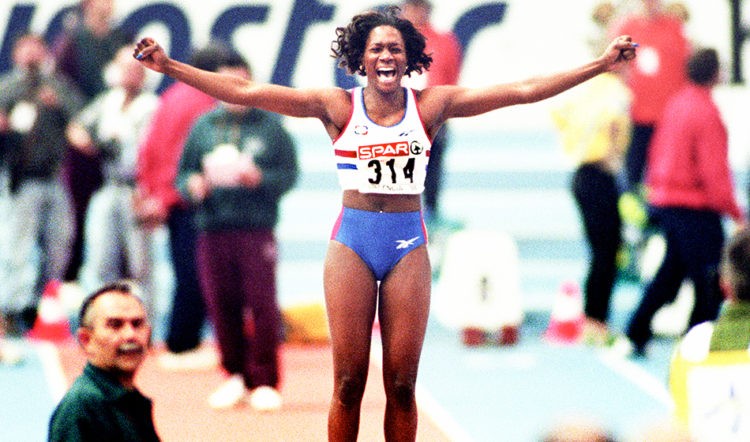 What partly made Hansen’s performance so special was that British athletics had endured a lean spell at major championships over the previous couple of years. For Hansen it was also a breakthrough moment and she was grilled by a large British press pack after her victory.

Much of this centred on a background that included her being born in the United States and brought up in Ghana after being adopted by a man who worked for the United Nations before she moved to London aged eight. A spate of features followed as, almost overnight, she became one of the biggest names in British athletics.

“It was a very, very long time ago,” she laughs. “I don’t think about it much anymore. But I can remember most of it … I think!”

One thing she is certain of is that the world record itself was not a huge surprise. “I definitely knew the world record was possible,” she says. “I’d gone to South Africa beforehand and I jumped quite a long way. It was at altitude, windy and a no jump but it was a long way. We knew we had the capability so it was just a case of bringing it out when it mattered.

“My training changed specifically for the European Indoors because we realised there was a chance we could break the world record,” she explains. “There was a lot of experimenting. We knew I needed to be a lot stronger and faster so we did a little bit of weight training and plyometrics on a daily basis.

“Instead of doing weight training about three times a week and sprinting every other day and jumps about three times per week, we would instead do a few elements of these things on a daily basis. We did this partly so I wouldn’t get injured.”

Remarkably, Hansen had nearly quit in the sport in the previous year or two after some under-par performances. This included no-jumping three times at the 1996 European Indoors in Stockholm, after which she said at the time it was only her fan mail that kept her retiring.

“I had quite a few bad championships in the run up to that,” she recalls. “I’d have times where I’d be injured. Or I wouldn’t make a final. Or I might make a final and wouldn’t make the very final cut. Let’s put it this way, it didn’t come easily. I went to see a sports psychologist, which helped, to see things a different way and to be a lot more positive going into competitions.”

The world indoor record in Valencia proved the longest jump of her career but was it her finest moment? “Obviously it was special,” she says. “It didn’t really sink in for a quite a while either.”

But she adds: “Probably my best memory was Commonwealth Games in Manchester. I was under serious pressure in second place going into the last round and managed to come back and win it by four centimetres. Then a few days later I flew out to Munich to do the European Championships and won that under serious pressure as well. So those (2002 events) were really pleasing because I did it under pressure when it really mattered.” 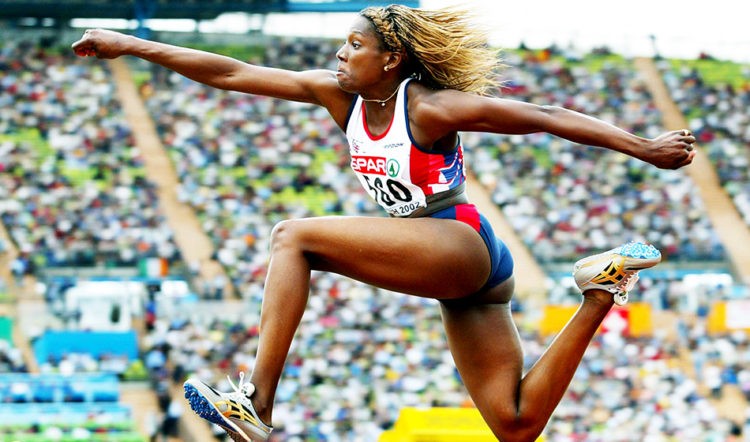 She was forced to retire after a horrendous knee injury at the 2004 European Team Championships. She battled on to try to qualify for the 2008 Olympics but was never quite the same after knee surgery.

Looking back, Hansen, who was coached by Frank Attoh and then Aston Moore during her career, reflects: “I gave athletics a good crack, really.”

Given the evolving nature of the event in the late 1990s (it made its Olympic debut in 1996), she is surprised performances haven’t improved much since. Yulimar Rojas of Venezuela, for example, set a world indoor record last year with 15.43m but the outdoor world record of Inessa Kravets of 15.50m has stood since 1995.

“I don’t watch any of the competitions, unfortunately,” says Hansen. “But I’m on social networks and I see the odd bits and pieces and often think ‘that’s really quite good’.

“But I’m also aware that there aren’t many people jumping over 15 metres like there used to be when I was jumping. It’s a shame really because I would have thought it would have moved on a lot more in the last 10 years or so.

“I thought more people would be jumping closer to 15.50m because they seemed to be starting to do this when I retired.”

After retiring Hansen barely did much sport or exercise for a few years. She had a couple of daughters who are now aged nine and eleven and they are promising swimmers. When it comes to work she runs a construction business with her husband.

“When I’d had enough (of athletics) I’d really had enough,” she says, “and took seven or eight years off when I didn’t do any training. Then I thought this wasn’t very good for me so I began to do a bit of running – although that didn’t quite cut it for me – some martial arts and boxing but it wasn’t what I wanted until I finally fell into CrossFit.”

Hansen turns 50 at the end of this year but takes her CrossFit training quite seriously and has even done a few formal competitions before the pandemic. The weight lifting side of things is not too much of a problem for her, she says, but she finds the gymnastics elements such as a ‘handstand walk’ challenging.

So when she goes to CrossFit competitions, is she pretty anonymous or do people point and whisper that ‘Ashia Hansen, former triple jump star’ has arrived? “Anonymous, thankfully!” she laughs.

“Although I did go to one competition where there was a big poster of me up on the wall. People were looking at the poster and then looking at me and thinking ‘is that the same person!?’”