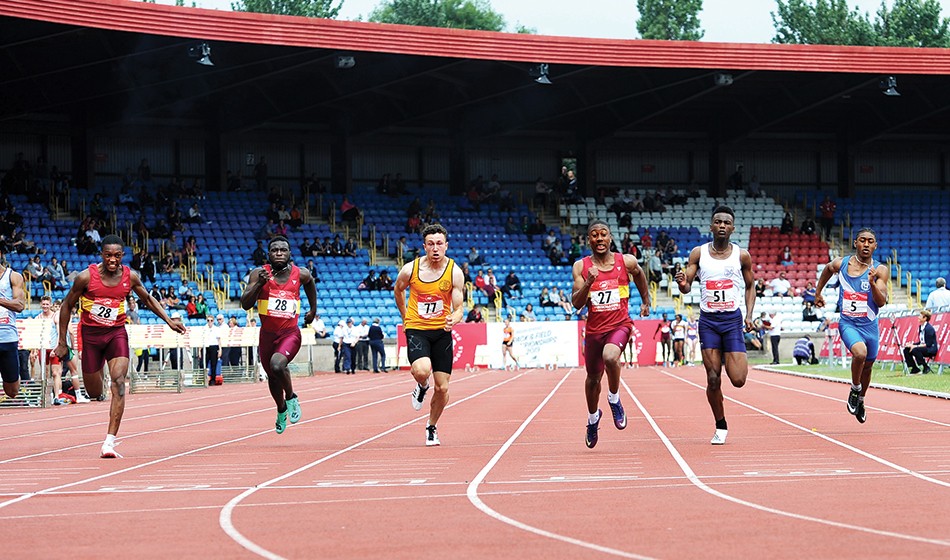 New research has underlined the concerning issue of young athletes walking away from the sport too early. But there are potential solutions out there

Walking away from sport is not unusual in the teenage years. Statistics lay bare the casualty rate of talented youngsters bailing too soon, undone by the pressures of puberty and exams, injuries and other interests. These dropout rates spike during adolescence and the tricky transitional period from junior to senior age groups in any sport – and athletics is no exception.

In its own analysis of young athletes who competed in track and field in 2016-2018, England Athletics warned that “while participation levels seem to be decreasing, dropout levels are also high”.

Such stark statistics are nothing new and have been highlighted in past issues of AW. In 2016, the former AW editor Mel Watman did his own survey of young athlete statistics, looking at what happened to the 90 winners of English Schools track and field titles at the 2006 championships.

A decade later, when the athletes would have been aged between 24 and 29 years old and at the peak of their careers, Watman found that just 11 of the 42 winners of girls’ events and eight of the 48 boys’ winners went on to gain a senior international vest.

Meanwhile, in a series of studies conducted at Liverpool John Moores University by the former GB heptathlete and sprint hurdler Dr Karla Drew as part of her PhD thesis, it was revealed that even the cream of under-20 athletes often fail to progress as seniors, with 63 per cent of those who competed for Great Britain at the IAAF World Junior championships in 1998-2012 not achieving a PB as a senior and 67 per cent of that prodigious group not gaining international honours as a senior athlete.

Why do athletes walk away?

Stemming the tide of the exodus is not straightforward. There is rarely one reason why athletes stop training and competing and it is the complexity of dropout that makes it so tricky to tackle.

However, in recent years, researchers have begun to nail down some of the specific reasons it impacts athletics, with findings that might spare the continual downward spiral.

Not that the studies always make for easy reading. In the most recent, published in the Journal of Sports Sciences recently by Robert Mann, an associate research fellow at the Children’s Health and Exercise Research Centre (CHERC) within the Department of Sport and Health Sciences, University of Exeter, presented sobering results.

For his trial, conducted in collaboration with England Athletics and part of an ongoing series focusing on youth withdrawal from the sport, Mann recruited 136 competitive adolescent distance runners (73 of them female) aged between 13-18 in England, all of whom were ranked in the top 50 in middle-distance events on Power of 10 (from 800m up to 10,000m and including steeplechase) for their age group (under 15, under 17 or under 20) in 2018.

From May to October 2019 – a timeframe chosen to reflect seasonal changes in competition – the athletes completed weekly online questionnaires about their training and health.

What he found was that “the incidence of running-related injury” per 1000 hours of running was “markedly higher” than in any previously published research. During the six-month investigation, athletes were plagued with unprecedented rates of illness and injury.

At any time, Mann discovered that almost one quarter (24 per cent) of the participants reported a health-related problem and, for 11 per cent, that included a health issue that had “a substantial negative impact on training and performance”. On average, each athlete suffered four new injuries – most frequently to the lower leg (27%), knee (19%), and foot/toes (13%) – and 2.8 new illnesses (including 65% upper respiratory, 11% lower and 10% non-specific). Female athletes reported “noticeably more” illnesses than male athletes. 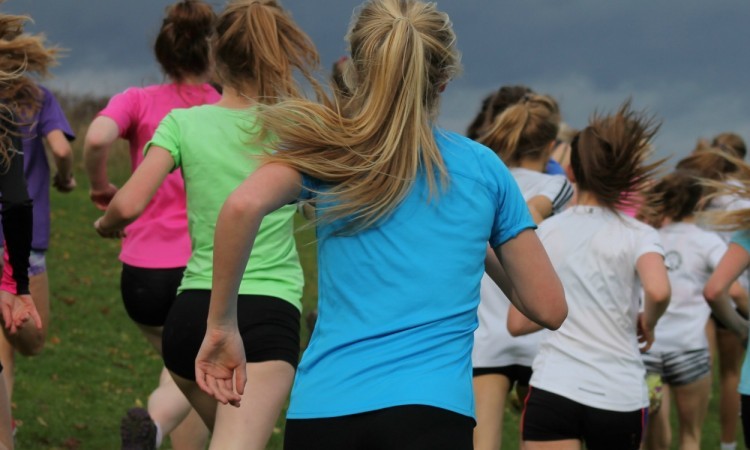 Mann says the revelations are important in terms of piecing together what might go wrong so early in an athlete’s career.

“It’s not just a case of documenting how many under-13 age group athletes fail to make it to under-15 or under-17,” he says. “Ours is not an early specialisation sport and, in order to improve athlete retention rates, we need to be able to connect everything that happens in between.”

Previously, the CHERC team reported that overtraining was more common in young athletes taking part in individual sports, with 37% having experienced periods overtraining syndrome, compared to 17% of team sport athletes.

They also found that females and those competing at the highest representative levels experienced OTS more frequently.

Mann’s most recent research didn’t address whether the athletes might be training too hard too soon, thereby damaging their long-term development and negatively influencing their motivation to continue in the sport.

However, for his next study, Mann plans to re-examine the data from his latest athlete cohort to find out if there is a direct association between training load and injury or illness rate.

“We didn’t write it into the ethics application when we started the research, but there’s no reason why we can’t think about looking at what happens to these athletes in 10 years’ time,” he says.

In any ordinary year, Mann’s findings should set alarm bells ringing among coaches and team managers attempting to retain talented youngsters in the sport. But in 2021, after the Covid-19 pandemic decimated the competitive calendar and a year of successive lockdowns will undoubtedly have taken their toll on motivation, mental health and training opportunities for young athletes, the outcome of these factors combined could prove catastrophic.

Only time will tell whether the growth problems and injuries, lack of contact with coaches and minimal competition will drive even more youngsters away from the sport.

“A lot of young athletes cite a lack of advice about nutrition, growth and development and psychological support as problematic,” Mann says. “But that sense of isolation might have been greater during the pandemic.”

In her studies of the difficulties athletes face in negotiating the leap from junior to senior competition, Drew, now a lecturer in sports and exercise psychology at Staffordshire University, unearthed some similarly disturbing findings regarding variations in quality of guidance and support.

In interviews with six athletes (four female, two male) aged between 18 and 24, some of whom had successfully negotiated the transition and others who had not, Drew found the reasons to quit ranged from the relatively mundane – “In the end, it [motivation to train] just sort of fizzled out, it genuinely was as simple as that,” said one – to the concerning – “I actually moved to Loughborough as that was their [British Athletics’] suggestion, so me and [a fellow athlete] moved there to train together” said one athlete.

“When we got there, there was no coach, no performance coach. So, we were like, ‘what?’ After the first six months they still hadn’t got us a coach.” Whereas another said: “I’d trained really hard – too hard – when I was 18, 19, 20 because I was trying to catch up from when I was injured.”

“I was training five days a week which is too much for a kid that’s going through A levels trying to get to uni,” said another. 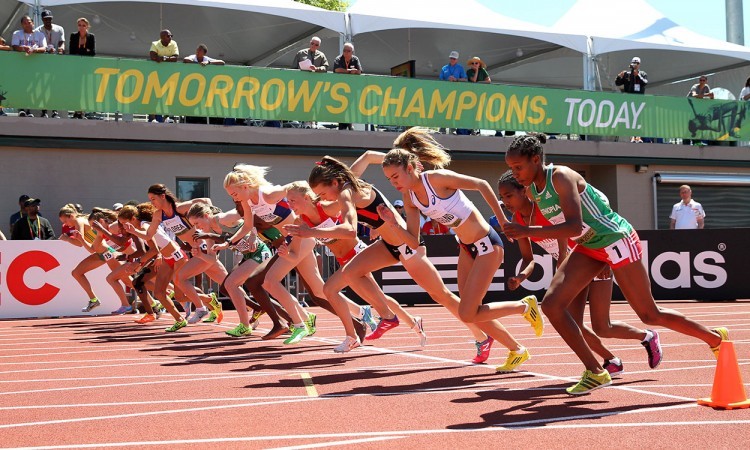 Turning the situation around

Mann says the talent hubs set up at the University of Birmingham and Leeds Beckett University in 2020, a collaboration between England Athletics and British Athletics, London Marathon Events and TASS (Talented Athlete Scholarship Scheme) and designed to become centres where athletes (aged primarily between 17-23) and their coaches can receive physiotherapy, nutrition and biomechanical support, are another valuable stride forward.

Most of these, however, target what EA terms “identified, talented” athletes, not those below current elite level who might eventually progress and develop into potential future champions.

“It is these sorts of support offerings that, in track and field as a sport, have historically been quite amateur,” Mann says. “One of the issues highlighted in our research is that many young athletes might benefit from access to this kind of support.”

They are also, of course, reliant on funding (the talent hubs are part of an 18-month pilot scheme activated from late 2019, within the UK-wide Talent Pathway) and, by virtue of these constraints, not accessible to all.

Where to go from here? Ask the athletes

There are signs that things might improve if research is acted upon. Mann and his Exeter colleagues plan to develop an injury prevention programme, possibly in the form of an app which will be accessible to all.

“We are in the preliminary development stages and are working with coaches, academics and athletes to develop the intervention strategies,” he says. “Once complete it will be the intellectual property of the university and we plan to make it widely available.”

Drew also used her findings to create a 12-session intervention programme “to educate and support young athletes going through and approaching the junior-to-senior transition”.

Sessions, delivered by an expert in the field, covered a range of topics including mentoring, parent and coach education, psychology support, Q&A sessions with senior athletes, goal-setting, physiotherapy and nutrition. These simple strategies might be what propel the sport’s potential in years to come.

But perhaps the best people to turn to for advice about dropout prevention are the athletes who have been through it themselves.

READ MORE: What happened to the English Schools class of 2006?

What might have worked for them? In Drew’s research she posed precisely that question and the responses were telling.

“Teaching coaches to support the athletes better”, “educating on the non-athletic kind of stuff, just stuff like nutrition and finances….like meal planning and how much sleep you need, how quickly you recover from training” and “I think the support of a psychologist or something like that is really beneficial because of the pressure you put yourself under and there’s a lot of pressure in those transition years” was among the feedback she received.

Most revealingly, one said: “The sport is full of people who are unbelievable as kids, unbelievable! Honestly, like the next best thing, and you never see them again. I would want to hear from those.”