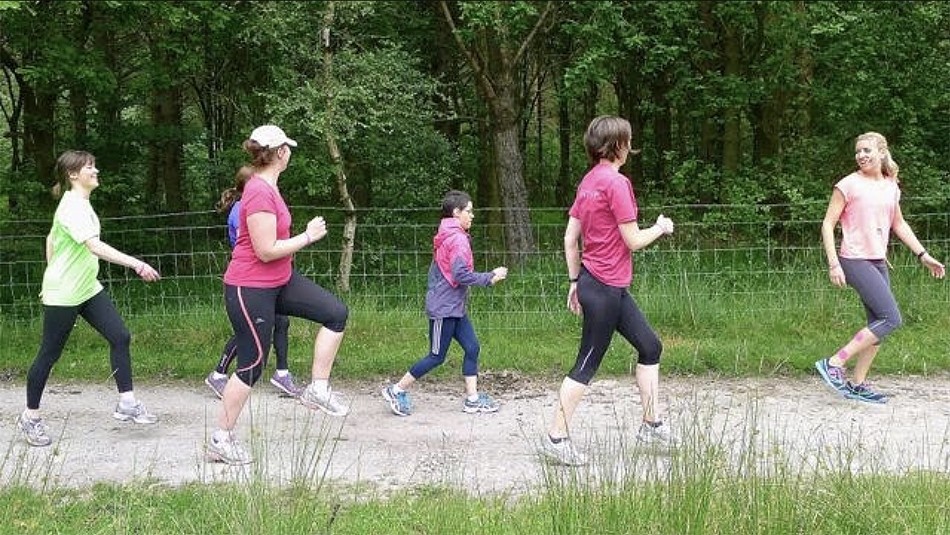 As an 800m runner Becky Lyne ran 1:58.20 and after winning bronze at the European Championships in 2006 behind two Russians she was named British Athletics Writers’ Association female athlete of the year.

At the time the only Brits who had run quicker over the distance were Kelly Holmes and Kirsty Wade. Even now her PB for two laps places her sixth on the UK all-time lists and is faster than Laura Muir’s best.

Yet her career was cut short while she was still in her mid-20s and she believes she could have enjoyed far more success if she was armed with the kind of biomechanics knowledge that she has now.

“Absolutely I wish I had my time again,” she says looking back. “Having studied it (running technique) and experimented with it and after getting a feel for how we’re designed to run, I know I was doing so many things wrong.

“The frustrating thing was that people always told me they thought I had quite a good technique too. But I sensed that something wasn’t quite right, otherwise why would I be getting injured so much?” 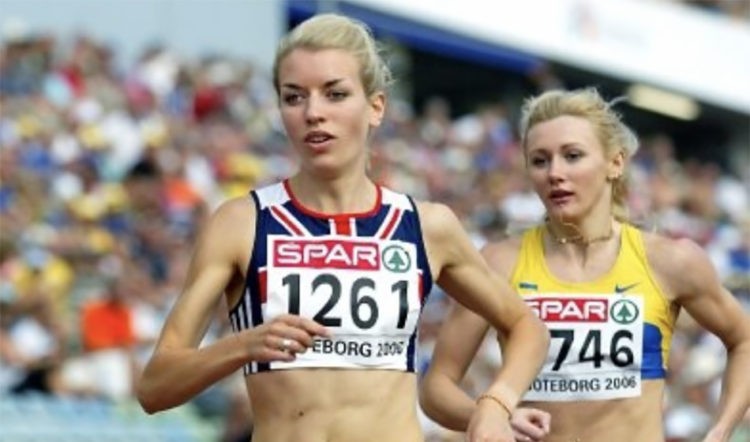 Lyne even had biomechanics testing at the time but was told “everything was okay”. Although in the defence of the sports scientists in 2006, technology has moved on to the point that today’s runners can even record their own action in slow-motion on an ordinary mobile phone.

“The crux was that I was over-striding and reaching too far in front of myself when I ran,” she says. “There’s a key phrase which I read when I was studying this – that you have to ‘run on your legs rather than with your legs’.

“It’s so subtle, but if you can get that sense of your hips just lifting forward and up a little bit so that you plant more underneath your centre of mass then so many of the other things that we’re supposed to do when we’re running will be able to fall into place.”

Lyne, who also won the European under-23 800m title during her short career, struggled with Achilles tendon issues and her over-striding caused her to have horrendous blisters and even breathing difficulties when she ran uphill.

“I was carrying too much tension in my shoulders and around my chest because I wasn’t controlling the movement from my core but from the shoulders,” she says. “As soon as you lift your hips up then your core can activate which allows your shoulders to relax. It’s all very well asking athletes to ‘relax your shoulders’ but it they’re not using their core then it’s just not possible to do that. It was an epiphany for me when I realised this.”

Lyne, who is now 38 and based in the Peak District, currently helps runners with what she calls “GRACE-full running”. She offers runners analysis of their technique and physio screening – much of which is done online – and has teamed up with Sheffield Hallam University to create computer-assisted feedback for athletes.

Software used by Sheffield Hallam can automatically detect joint positions in video recordings of runners and their work with Lyne is being featured on BBC1 on Wednesday (January 13) in a programme called The Truth About Getting Fit At Home, with people in the UK who miss it being able to subsequently view it on iPlayer.

GRACE is an acronym for ‘grow, rhythm, align, circle, enjoy’ and these form the pillars of Lyne’s five-point plan for runners who are keen to improve their style.

Landing underneath your centre of mass reduces breaking forces. Or lifting your hips up and forward discourages you from ‘jolt-ily’ heel planting in front of your body.

The resonant frequency of leg muscles is 3 hertz. Get free elastic energy from your muscles and tendons by running at 180 strides per minute.

Backwards displacement of centre of mass decreases your horizontal force vector. Having a strong aligned body allows you to use gravity to propel you onward by tilting forward from the ankles.

Smoothness reduces wasted energy due to vertical displacement. Your legs should feel like a wheel underneath you, using all energy push you forward functionally instead of bobbing up and down.

To find out more about GRACE-full Running, click here.