Queen of the long jump 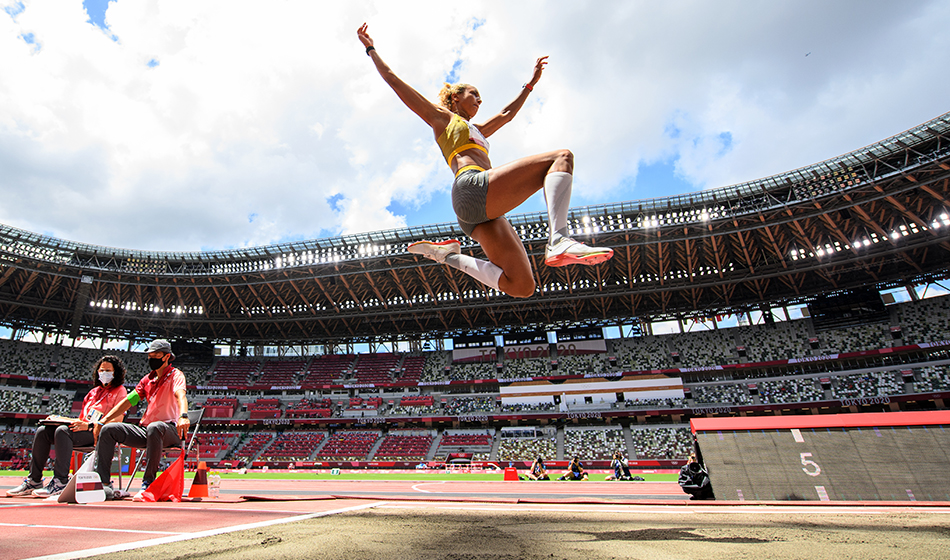 Malaika Mihambo had not won a major title until she became European champion in 2018. It paved the way for world and Olympic titles and the German is planning to shine on home soil again this year

August 11 in 2018 is a date which will remembered forever by Malaika Mihambo. It was the day she became a European champion.

Before that landmark performance in Berlin, the German had been sixth at the 2015 World Championships, then fourth at the Rio Olympics and third at the European Championships in 2016. On home soil, however, she became a winner – a habit to which the now reigning world and Olympic long jump champion has become accustomed at major events.

Yet being able to start that momentum and grasping gold in that 2018 final was anything but straightforward. Opening with two jumps of 6.36m left the crowd favourite sitting 10th in a field of 11 athletes, with only eight places available in the final jump-off.

A third-round leap of 6.75m changed the complexion of the entire competition, however, as it not only took Mihambo into the lead but proved to be the winning jump.

That it all unfolded in Berlin made the taste of success all the sweeter.

“There was so much public interest in me,” recalled the 27-year-old from Heidelberg.  “There were up to 65,000 spectators in the stadium and on the evening of my final there always seemed to be a camera pointing at me. It was so intense that at first I found that difficult. It gave me an insight into how Usain Bolt must have felt during his entire career.”

Given that the defence of her title will come at the Olympic Stadium in Munich later this year, Mihambo can expect plenty of attention again in the summer. It is something she intends to embrace this time. 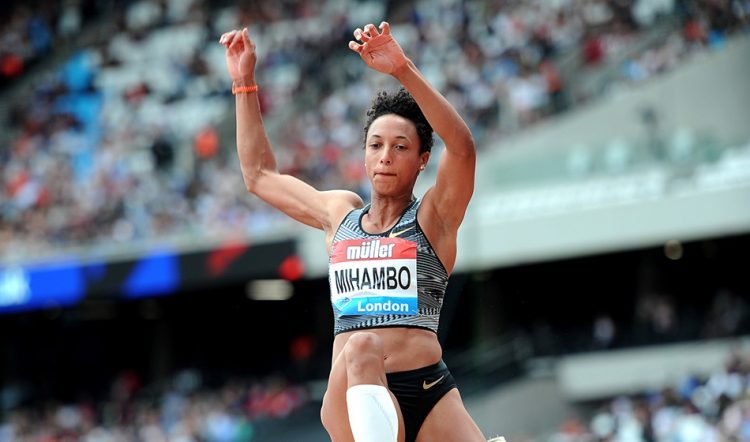 “If that happens, it won’t be a new experience but I’m really pleased with the interest and support from the German public. I think it’s great for German athletes, who will be in the public eye and will be well supported.

“It is certainly easier to compete in a championship in your own country where you understand everything and speak the language. The public perception is very positive.  Athletics is a minority sport in most countries of the world, but when you host a championship, it is no longer marginalised and it’s also nice for the athletes to experience that.

“It creates a positive national mood which is hard to put into words. The feeling of competing in a home international championship is very special.”

Those crowds will be looking for reason to celebrate and, after an Olympics which brought just three German medallists – gold for Mihambo plus discus silver for Kristin Pudunz and 50km walk silver for Jonathan Hilbert – there will be a pressure to perform.

The traditional strength in the throws events wasn’t quite in evidence as the likes of Johannes Vetter faltered in the javelin, but that blip looks like being temporary while

Mihambo believes there are a young group of athletes waiting to rise to the occasion.

“If you judge it by medals then Tokyo wasn’t really outstanding,” she says. “There have been years when Germany was stronger but we do have several good young athletes who reached semi-finals in Tokyo and improved their performances. That is an encouraging situation.”

Another source of encouragement comes when Mihambo recalls her Olympic triumph, which came after one of the most compelling events to have unfolded in Tokyo as eight women leapt beyond 6.80m.

Ese Brume took the lead in round one with 6.97m – a distance matched by Brittney Reese, with the lead changing hands between them twice on countback. Mihambo sat third approaching her final jump but revelled in a feeling of freedom.

“The nice thing was knowing that at worst I would finish third so I already had an Olympic medal and had improved on Rio where I finished fourth,” she says. “Being in the situation of knowing that I had nothing to lose made the last jump easier.”

She won the competition with a seven-metre jump, the 10th time she has reached that distance in her career.

But while 2021 will be remembered as the year of the Olympic gold medal, the reality is that much of the year was a struggle for Mihambo, with only one other victory coming in her nine international competitions as she battled a number of technical issues. 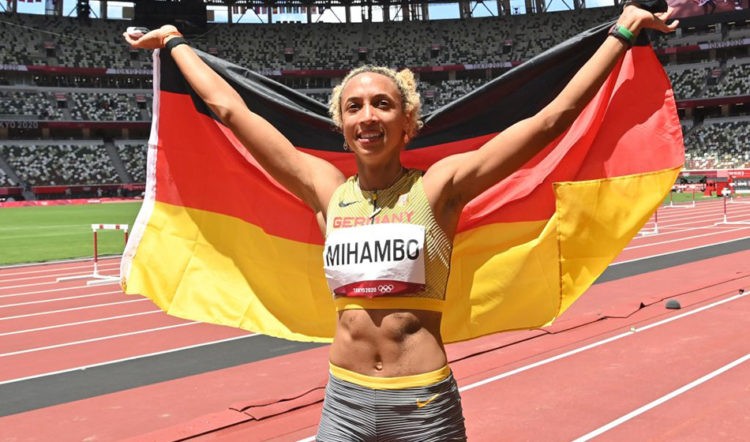 “During the indoor season I had already noticed ‘something is not quite right here’, but I could not quite put a finger on exactly what that was. It took some time,” she says.

“Then in May and June I felt that things were not going particularly well. I was struggling with the transition from the short run-up to the long run-up. I didn’t have the stable run-up that I had had in 2019. I couldn’t control it because my sprint pattern was just different through the switch [from short to long run-up] and that took a lot of resources, because at the beginning you don’t know what’s happening. With Tokyo just around the corner, I just had to make the best of the situation.”

She did just that. A heel injury followed Tokyo and, mentally and physically exhausted by the season’s endeavours, Mihambo could only manage fifth in the Diamond League Final. Recharged, she is now laying the platform for 2022 and the defence of her world and European crowns.

“I want to get better – to see how much further I could jump,” she adds. “I want to develop myself physically and spiritually. Of course, I want to win medals but I see sport always as something internal and less about the externals and winning titles. If I manage to improve and jump further perhaps that will result in another title.”