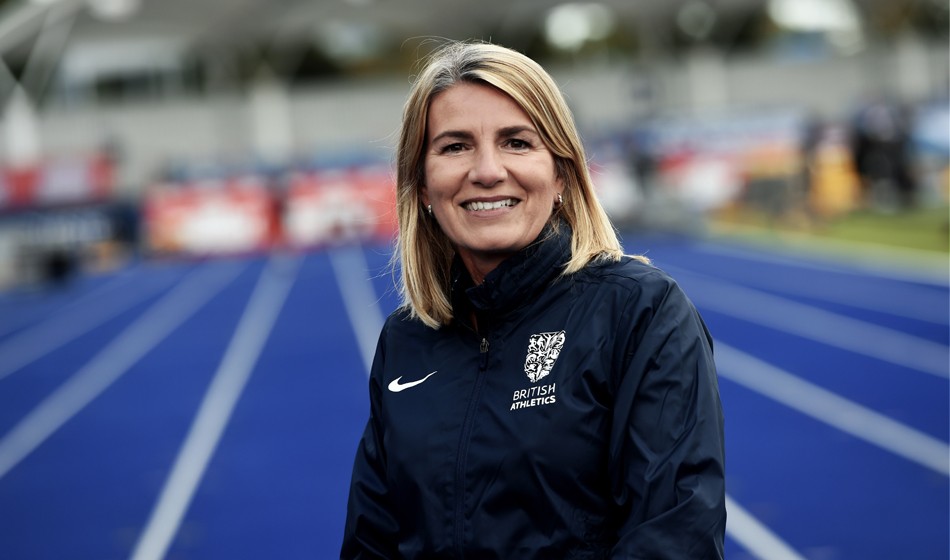 Twelve months ago Jo Coates took the helm at UK Athletics as chief executive of the governing body. “On day one we had a board meeting,” she remembers. “Day three we shut the office due to Covid. Day five the Olympics and Paralympics were cancelled. That literally was the start of my role at athletics.”

Yet now, as the pandemic is hopefully starting to settle, the coming months look much brighter. “Lots of exciting competition, a good Olympics and a new plan for the sport,” she smiles.

What a difference a year makes.

The plan she refers to is a strategic vision for domestic athletics which UKA has created together with the home country federations of England, Scotland, Wales and Northern Ireland. It will be launched at the Diamond League in London on July 13 and Coates gives AW a clue as to what it will involve.

In essence, an event-specific approach. We have seen this in recent years with the British Milers’ Club setting a superb example when it comes to specialist competitions and training camps. But according to Coates we can see much more of it in future.

“This will be the basis of our new plan,” she says. “We’ve taken this concept to the board, they like it and we’ve obviously shared it with our home country colleagues. And we’ve run two focus groups now where we’ve talked about this and the focus groups most definitely agreed it’s the route to take.”

Further webinars and consultations will unfold and Coates adds: “One thing this sport has is a wealth of data. So we know how many people are competing in specific events. We know how many coaches relate to that number of athletes and we know what that competition currently looks like.

“So we’ve got the basis to really have a systematic approach to each event. And that’s basically how we’re going to do it. We know it’s a massive piece of work, but it’s the right thing to do.”

Coates believes this will help drive affiliation to athletics clubs, which she adds is a fundamental responsibility of UKA and the home countries. Those figures may have taken a dip during the pandemic but athletes and coaches are now returning to tracks that have been out of bounds for much of the winter and Coates is delighted.

“It really does feel like the sport is getting back now,” she says. “I watched a bit of a competition last night (the Comeback 5000 at Battersea). And to announce our first seven athletes for the Tokyo Olympics (in marathon and 20km walk), it feels real now, which is really good. 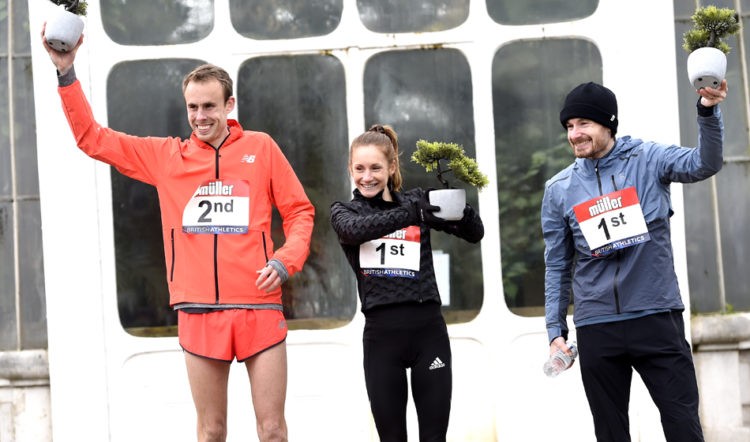 Indeed, it’s been a difficult year with athletics. For Coates, she has had the opportunity to plot and plan the future of the sport but she says it has been frustrating to conduct so many meetings via video.

“It has been really weird,” she admits. “I think everybody’s got so used to communicating like this now. Whereas if you just said to me a year ago, ‘oh, let’s FaceTime this meeting’, you would have just thought ‘why?’”

She continues: “I suppose I’ve managed to get through more meetings than I would have normally, because I would usually have been out travelling more. But, for me, I still don’t think the staff really know me that well. And certainly the athletics community don’t really know me that well. So I’ve been able to do the functional operational part of the job, but your personality doesn’t come out.”

It is so important? “It’s massive,” she says, “and especially at an organisation where people said the culture needed to change and behaviours needed to change. The staff had such upheaval with different chairs and CEOs, I think the whole organisation just wanted stability. And I’ve been able to only bring that remotely and not from being a physical presence.

“I am someone that loves being part of a team and I like to get to know people. The person I am in work is similar to the one that I am out of work. I don’t change hats.

“If you’re taking over an organisation that’s probably in a very good place then that’s okay. But if you’re coming into an organisation where you’ve been advised that it is quite fractured and you need to rebuild relationships, then doing that virtually has been frustrating. We’ve done some good things in the last year, though.”

Coates is most pleased with the strong relationship she has built with the home country federations. A key moment was the Athletics Unified announcement in November which involved setting out shared goals and a new CEO forum.

“It is something that all five of us (governing bodies) should be really proud of, because that wasn’t there previously. And the only way the sport will grow and prosper is when we’re having collective conversations around what the talent pathway should look like, or competition pathway or coaching across the UK.”

Coates is also delighted with her executive team who are, she says, “wonderful, lots of different personalities, different skill sets and who are really bonding now”.

The European Indoor Championships has been a highlight too. “It was just amazing to be part of an organisation that delivers,” she says. “It had nothing really to do with me at this stage. But it was great to see and we would have been as a sport in a worse place if that hadn’t happened.” 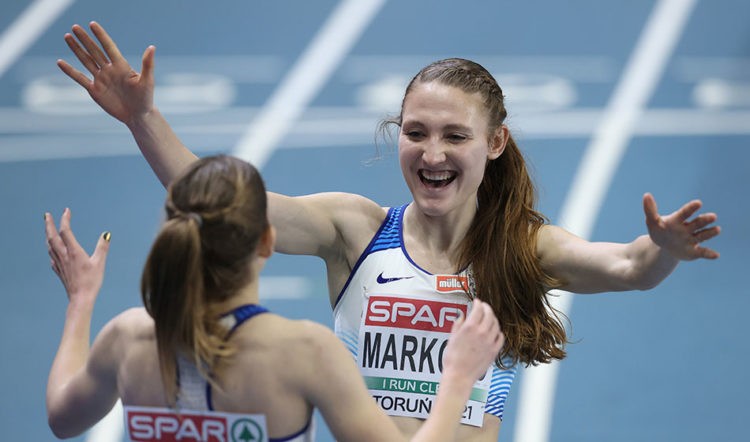 The Olympic marathon and 20km walks trials were another great moment. “I don’t think people realise just how much work you have to go through to put those on. It looks so simple. And events are tricky, at the best of times, but during Covid it has been so difficult to put those on.”

On the flip side, the enforced cancellation of the British Indoor Championships in February was, Coates says, “really frustrating and disappointing”. She adds: “So much planning goes into an event like that and as an organisation it’s what we’re here to do.”

Making some redundancies has also not been pleasant for Coates. “A restructure process is never a nice thing to go through,” she says. “We restructured the non-UK Sport funded side of the business some time ago. And obviously we’re going through a restructure now with regards to Performance and that’s nearly completed.”

Has anything during her first year surprised her? “The things that I’ve had to face are very similar to the challenges I faced when I first took over as CEO of England Netball. But Covid brings a completely different dimension.

Its variety can also be a strength, though. “Athletics appeals to so many people,” Coates says. “And your customer base is massive. This is why I think our new plan is right to be going to go down this event-specific route. So we’re not going to try and write a plan for the whole sport. We’re going to write a plan for each individual event or groups of events.”

Coates reveals there are plans to stage more domestic competitions potentially as well. “If Covid gets worse in Europe, we’re looking at the moment about how we help our athletes prepare (for major championships) and who don’t want to travel or maybe cannot travel. So we’re looking at probably putting on more competition, which is quite exciting.

“The Olympics is going to be a massive celebration. I think it’s going to be the time when people hopefully realise we’re coming out of this. With our (British) athletes, too, the way they are performing at the moment feels exciting. They are looking really good.

“Then in July, we’re going to launch our new plan. It’s when we’re going to showcase to the UK the plan that we have. So that for me will be the start of the new leadership. It will really be the point where we can kick start and make real change.

“So that’s what the summer’s got in hold for me. Exciting competition, a good Olympics and a new plan. Not much then!”

» Does Jo Coates regret opening the cross-country equity debate? Go to our AW Clubhouse to find out