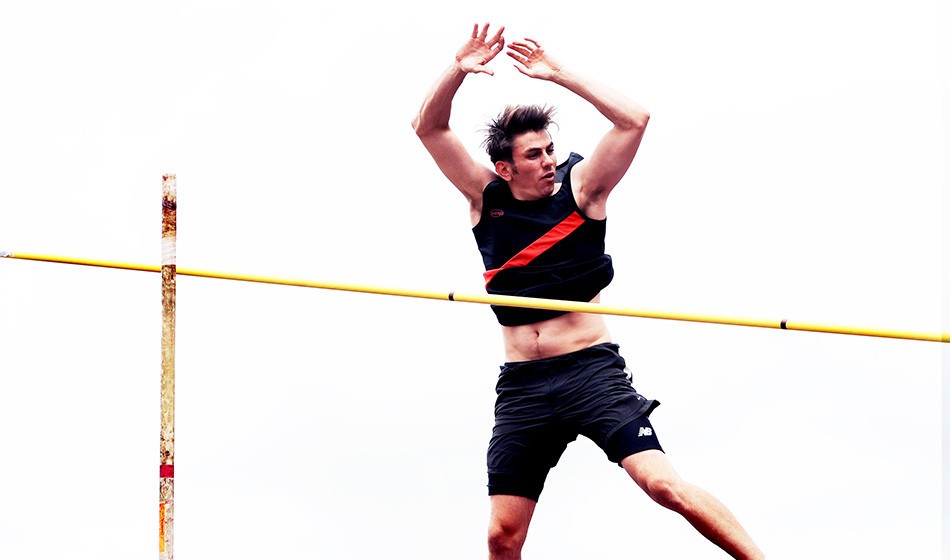 When Harry Coppell found out the opening Wanda Diamond League event of the season on May 23 would be moving from Morocco to the north of England, his emotions were a mixture of excitement and relief.

“When I heard it was going to be held in Gateshead I was quite happy because I didn’t want Mondo to absolutely batter my Manchester stadium record!” he says.

Instead of vaulting in Sportcity in the north-west of England, the meeting will be staged in the north-east of England where Coppell will face a frighteningly talented line-up that includes world record-holder Mondo Duplantis and two-time world champion Sam Kendricks.

Coppell, 24, is from the north-west of England, too, but he is very familiar with Gateshead. “I was secretly a bit pleased when I heard the event was going to Gateshead,” he says. “I’ve also competed at Gateshead in events like the English Schools Champs over the years so when there’s a crowd and bit of atmosphere going it’s an amazing place to jump.”

Organisers hope to allow a crowd of maybe 3000-4000 into the Gateshead International Stadium later this month and the pole vault will be one of the main attractions.

But what shape is Coppell in?

Last September he cleared a British record of 5.85m to win the British title in Manchester. Duplantis’ world record, however, is 6.18m so the Brit will have to be on top form to even get close to the Swedish star.

Coppell missed the indoor season recently but says: “There were a few speed bumps and we decided it was not the best thing for me to compete indoors. I’m just excited to get going now which is why I was so excited when I first saw the news release about the Diamond League coming to either Manchester or Gateshead.

“I was honestly so excited to hear that. As a northern lad, to know the meeting is coming back to the UK and especially the north of England is great.”

He continues: “I sacrificed the indoor season for the good of the outdoor season. It could have negatively impacted outdoors. Technically I’ve not competed at a major senior champs, as I was injured at the Worlds in Doha, so I would have liked to do the European Indoors, but the outdoor season is so much more important with it being an Olympic summer.

“Physically I am probably in the best shape I’ve ever been in so have to translate that into seeing what I can do when I’ve got a pole in my hands. I’ve had good preparation for this outdoor season now so I’m hoping to make the best of it.” 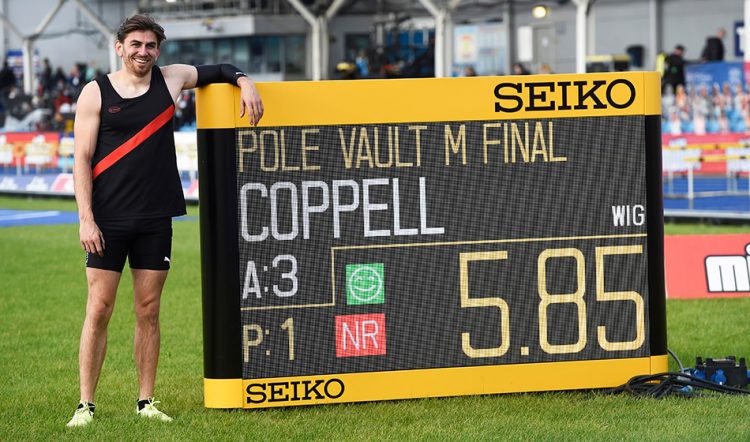 Coppell is coming back from a difficult year, too, where pole vaulters struggled more than most athletes to train properly. “It’s such an equipment-dependent event,” he explains. “The challenges of being back training and on the track have not been easy.”

Coppell says there were periods when he was unable to train with an actual pole in his hands. “Myself and Holly (Bradshaw) used stuff around the house like broom handles or sticks for mobility,” he says. “Just something that felt like pole vault. Our event is so technical.”

He continues: “Last year it was the ‘not knowing’ which was the worst part. In the first lockdown I was doing gym in the garage and some on the fields was very hard to get through.

“Even when the Olympics were cancelled, finding out when some competitions were on was a massive boost as it gave us something to train for. In the end I got some competitions done last year but it ended up being a very scattered season.”

Coppell is not the only Brit in the Gateshead line-up either. Fellow northerner Charlie Myers is due to compete as they brace themselves to face Duplantis, Kendricks and world-class vaulters like Piotr Lisek.

Coppell, who is based in Loughborough, adds: “If you’d said this time last year that we’d have the world’s best vaulters all in Gateshead for a competition like this, no one would have thought it. It’s brilliant that everyone’s coming over and to have the opportunity to jump in a Diamond League on home soil.

“British athletics fans will be chomping at the bit trying to get back into the stadium to watch the sport.”