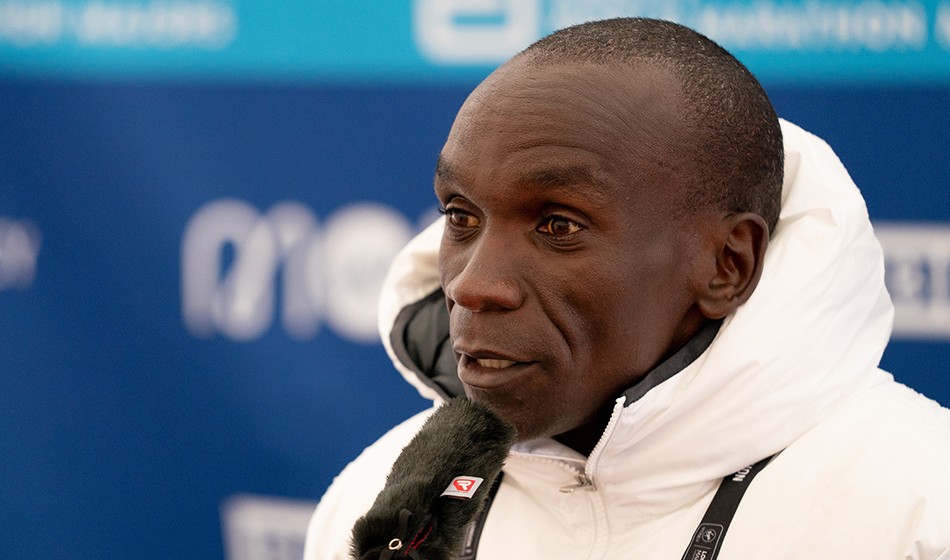 The system in the media room at Sunday’s Virgin Money London Marathon required any post-race interviews with athletes finishing outside of the top three to be specifically requested.

Asking for Eliud Kipchoge, therefore, was an enquiry I didn’t expect to have to make.

As Euan Crumley writes in our elite men’s race report, there was a strange sense of disbelief at the marathon king losing his crown as he struggled with a blocked ear problem and ended up eighth in 2:06:49 – his slowest time outside of a championship.

But, showing a characteristic for which he has become well known, the world’s greatest ever male marathoner was philosophical in defeat.

“I’m really disappointed, but this is sport,” said the man who stunned the world in a different way in Vienna last October when he sensationally smashed the two-hour barrier for 26.2 miles in the INEOS 1:59 Challenge time trial. “It’s what normally happens in sport.

“I got a blocked ear in the last 15km. I tried to take in the saliva to open the ear. I tried to keep warm and make sure I finished and show people there is always hope in the world.

“It’s not the end of the world that I can’t win,” he added. “This is sport and we need to embrace ourselves.

“I trust that I am giving inspiration to the whole world. I don’t have anything in my heart that I feel anything bad has happened. I want to congratulate the top finishers for bringing hope on the streets of London in this time of Covid-19.”

After 25 kilometers my ear blocked and it couldn't open anymore. But this is how sport is, we should accept defeat and focus for the winning next time. Thanks for the support.

It was Kipchoge’s first defeat since 2013 and only the second loss of his incredible marathon career so far. So will the world record-holder and four-time London champion be back, returning to winning ways again?

“Absolutely, yes,” he replied. “I’m looking forward to going back to training and focusing on doing the right thing at the right time in the future.”