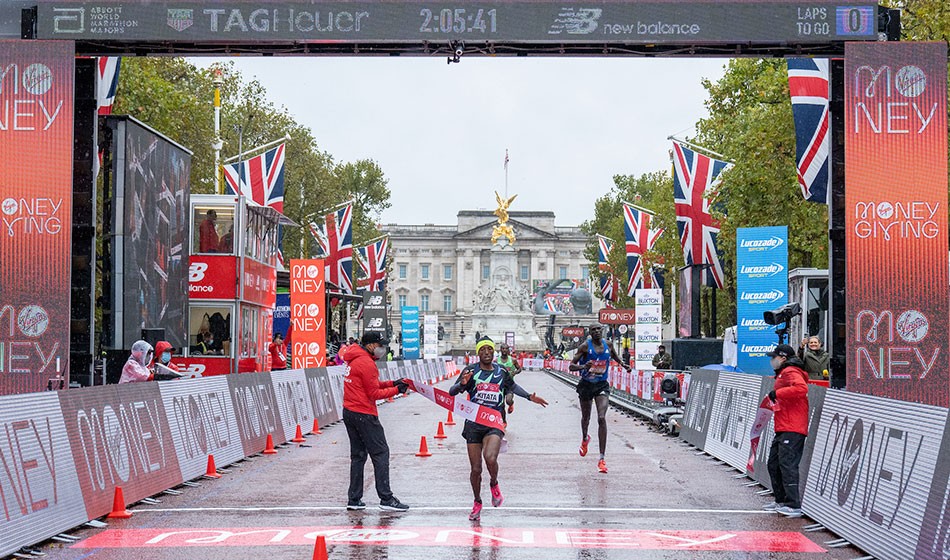 It turns out that Eliud Kipchoge is human after all. The man who has utterly dominated his event for so long was beaten for the first time since 2013 in what proved to be a remarkable 40th edition of the Virgin Money London Marathon.

The winning time of 2:05:41, achieved by Ethiopia’s Shura Kitata as he won a three-way sprint finish to the line, did not come even close to threatening Kipchoge’s world record (2:01:39) but this was more a beautifully unscripted piece of sporting theatre rather than an all-out battle against the clock.

The defending champion did not even feature in that closing fight down The Mall, appearing to be out of sorts and drifting curiously off the pace with just over two miles to go. He finished 8th in 2:06:49, his second-slowest marathon ever.

His slowest, 2:08:44, came during the Rio Olympics four years ago. He was first across the line on that occasion but, while there was a major championships marathon feel to proceedings in London given the small elite field and the lapped course, there was to be no victory this time. 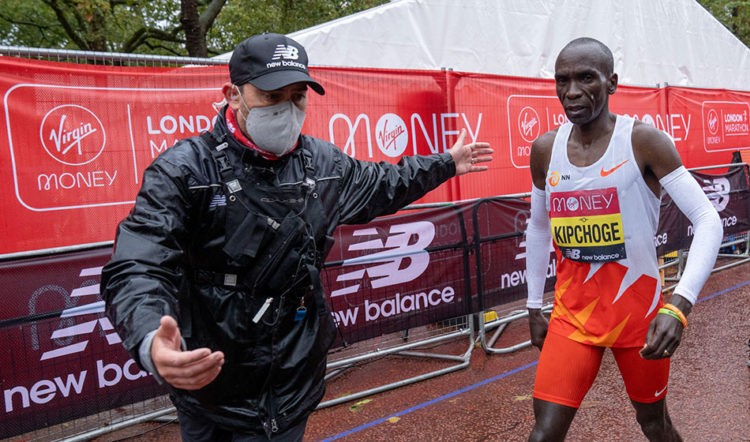 Kitata – second in London two years ago and fourth in 2019 – had led the initial six-strong breakaway and, when entering the closing metres, it looked like Kenya’s Vincent Kipchumba might break clear.

The Ethiopian had one final burst, however, which was enough to give him a one-second victory as Kipchumba had to settle for second in 2:05:42, with Ethiopian Sisay Lemma third in 2:05:45.

Though the 2.15km loop around St James’s Park, which had been considered as a potential venue for Kipchoge’s 1:59 event last year, had looked like providing the perfect platform for a fast race, the cold and wet conditions did not marry up and, when the men’s leading group went through 10km in 29:45, there was a very evident request from the four-time winner that the pacemakers should up their speed.

Still, however, the large group hit halfway in 62:54 and it was clear there would be no record-breaking exploits from the head of the field.

Instead, the tension built, with no-one willing to make a major move right until the latter stages. Kipchoge did not look quite right and his usual trademark smile appeared to be more like a grimace as the miles ticked by.

A split of 5:01 at mile 22 underlined that a waiting game was most definitely being played.

With around 4km to go, however, a six-man group led by Kitata did inject some pace and Kipchoge simply couldn’t match it, later explaining that he struggled with a sore right ear during the race.

“I’m really disappointed but this is sport,” said Kipchoge. “It’s what normally happens in sport. I got a blocked ear the last 15km. I tried to take in the saliva to open the ear. I tried to keep warm and make sure I finished and show people there is always hope in the world. It’s not the end of the world.”

READ MORE: “It’s not suicide for Eliud Kipchoge to be beaten”

As with Usain Bolt losing his sprinting crown back in 2017, there was an odd sense of disbelief at the marathon king being dethroned in such a manner.

The pre-race build-up had centred around the highly anticipated clash between Kipchoge and Kenenisa Bekele. That was thwarted by a calf injury to the legendary Ethiopian, however the 10,000m world record-holder is a training partner of Kitata’s and still had a part to play in proceedings, as it turned out.

“Kenenisa Bekele was helping me for this race and he advised me how to run,” said the newly-crowned champion. “He advised me push the pace in the last part of the race. To arrive in this position, I’m really very happy.” 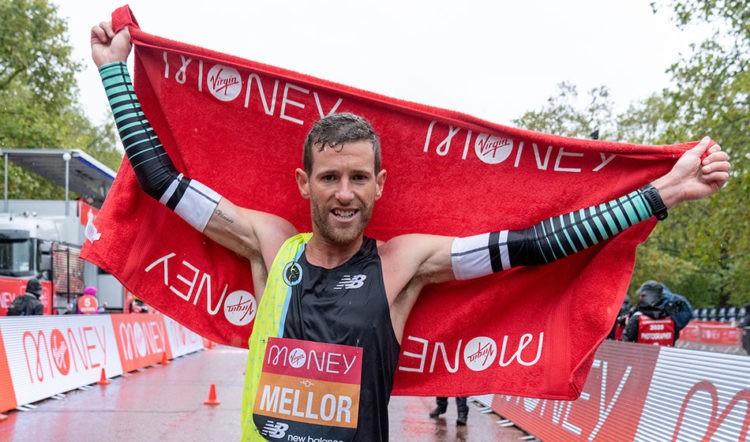 Jonny Mellor won the race to the British title in London

Behind the leaders, there were other fascinating battles and impressive performances taking place.
Stephen Scullion, who very nearly quit the sport not so long ago, cut over two minutes from his personal best to break the Northern Irish record and become the fastest of Ireland’s Olympic qualifiers with 2:09:49.

The race for the British title was particularly fierce.

Jonny Mellor, one of the few athletes to have raced over 26.2 miles already this year when clocking 2:10:05 in Seville in March, and marathon debutant Ben Connor had the Olympic qualifying mark of 2:11:30 in mind and they were paced perfectly until the final 10km by Mo Farah.

They were neck and neck until the closing lap, when Mellor began to open a gap. The Liverpool Harrier reached the line in 2:10:38, with Connor clocking 2:11:20.