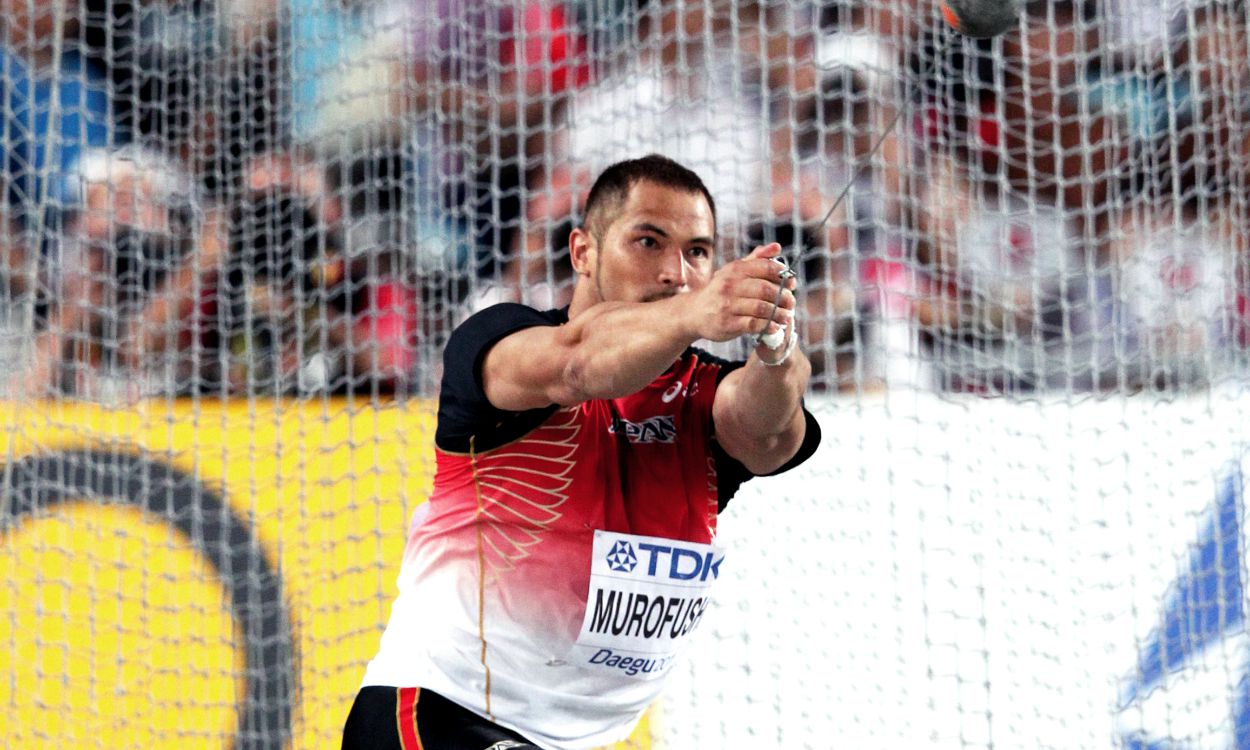 The big favourite for the first World Championships in Helsinki in 1983 was double Olympic and European champion Yuriy Sedykh, but he was comfortably beaten by world record-holder Sergey Litvinov.

Litvinov opened with a 82.68m, which proved sufficient for gold, and he had five throws over 80 metres and the three best of the competition as Sedykh’s best was just 80.94m. Although Poland’s Zdzislaw Kwasny threw 81.54m in the last round, that was later annulled as video evidence suggested it was a rim foul and he was moved down to third with 79.42m.

Litvinov easily retained his title in Rome in 1987 as a second-round 83.06m gave him an easy victory over team-mate Juri Tamm. It was very close for second as just 68cm separated second to sixth placer Heinz Weis as all bettered 80 metres.

Weis took bronze in Tokyo in 1991 with another 80-metre throw, but the competition was dominated by Sedykh, who had missed Rome and took the one title to have eluded him at the age of 36. He opened with 81.38m and improved to 81.70m in the second and he averaged well over 80 metres with his six throws. European champion Igor Astapkovich took silver for the third successive Soviet one-two.

Soviets effectively took a one-two in Stuttgart in 1993, but this time, with the republic broken up, it was Tajikistan’s Andrey Abduvaliyev who won gold from Belarus’s Astapkovich. Abduvaliyev had finished fifth for the Soviet Union in 1991 and he trailed former champion Litvinov after the first round after throwing 78.08m to the Russian’s 78.56m. Litvinov ended up seventh, but in the fourth round Abduvaliyev improved to 81.64m and he was the only thrower over 80 metres as he added to his 1992 Olympic title.

Astapkovich had been surprisingly beaten in Barcelona and had to settle for silver in Gothenburg as Abduvaliyev again upset the form book. The Belarusian led with an 81.10m fourth-round throw, but his rival responded with 81.56m to win another gold for Tajikistan as Astapkovich won his fourth global silver.

By Athens in 1997, Abduvaliyev was competing for Uzbekistan and he failed to make the final. Gold finally went to a non-Soviet related nation as 1991 bronze medallist Weis won a close contest. After a foul in the first, he improved in every round, taking the lead with an 80.24m third throw. He lost the lead to European champion Vasiliy Sidorenko in the fourth but immediately responded with 80.52m. Sidorenko’s response in the fifth was 80.76m, but again Weis responded with 81.14m.

The drama continued in the sixth round as Ukrainian Andrey Skvaruk moved from sixth to first with 81.46m. With the final throw, Weis again responded with a 81.78m. Olympic champion Balazs Kiss finished fourth with Astapkovich fifth.

In Seville in 1999, many of the favourites including Kiss, Weis, Abduvaliyev and future champions Szymon Ziolkowski and Koji Murofushi failed to make the final. Gold went to another German, Karsten Kobs, who had been a non-qualifier in 1995 and was then ninth two years later. His 80.24m opener remains the lowest winning mark of the 14 championships.

A mediocre event was at least competitive for second with 74 centimetres covering the next six finishers with the battle for silver being won by Hungary’s Zsolt Nemeth’s last throw of 79.05m.

The standard was higher in Edmonton in 2001. Olympic champion Ziolkowski led with an 81.88m opening throw only for world No.1 Murofushi to respond with a 82.46m second-round effort. That held the lead until round five when the Pole launched a 83.38m. The Japanese came close with 82.92m in the fifth round and then 82.61m but had to settle for silver.

Mick Jones, who would go on to win Commonwealth silver in 2002, achieved the longest ever world championships throw by a Briton of 73.31m, but that only placed him 20th in qualifying.

Belarus’s Ivan Tikhon also failed to make it through to the final after finishing last in 1999, but he was a different proposition in Paris in 2003. He had thrown 84.34m before Paris and he won easily, ending up with 83.05m in the final round.

An injury-affected Murofushi finished third. In a record seventh final, Astapkovich had three no throws after leading qualifying.

Olympic champion Murofushi missed Helsinki with a worse injury in 2005 but Tikhon was again in awesome form, having thrown 86.73m that year. His team-mate Vadim Devyatovski led with 82.60m in the third round but Tikhon’s response was a championships record 83.89m that only his coach Litvinov had bettered in a global championships (Seoul Olympics in 1988). Former champion Ziolkowski took bronze.

However, in 2013, the IAAF retested the samples of the first two and both had adverse findings, though only Tikhon has so far lost his medal.

Tikhon seemingly won a record third title in Osaka 2007, which unlike 2005 still shows in the record books. Just as in Helsinki, he dangerously opened with two fouls. Slovakian Primoz Kozmus led at halfway with 82.12m but Tikhon left it late to overhaul him with a superb final round 83.63m, which many years later became the championship best!

Kozmus responded well with an 82.29m final throw of his own. The first seven bettered 80 metres, including Murofushi and Ziolkowski.

The standard dropped in Berlin in 2009. Kozmus was the only thrower to exceed 80 metres, which he achieved with his two final throws of 80.15m and 80.84m. Ziolkowski completed his set of medals as he finished second with 79.30m. Sergey Litvinov, the son of the double champion finished fifth for Germany.

A decade after winning the silver medal, Murofushi, whose father Shigenobu was 10th in the 1972 Olympics, added a world title to his Olympic gold. It was only his third competition of the year but he led all the way as he opened with throws of 79.72m, 81.03m and 81.24m. He matched his leading throw in the fifth round. He didn’t win by far though as Krisztian Pars, who had been fifth and fourth in the previous two championships, ended with a fine 81.18m. Pars won the Olympic title in 2012 from Kozmus.

In Moscow in 2013 Pawel Fajdek, who was only 11th in Osaka and a non-qualifier in the Olympics, opened with a world-leading 81.97m and that proved good enough for gold ahead of Olympic champion Pars, who was the only other thrower over 80 metres. For the sixth successive championships, no Briton competed in the event