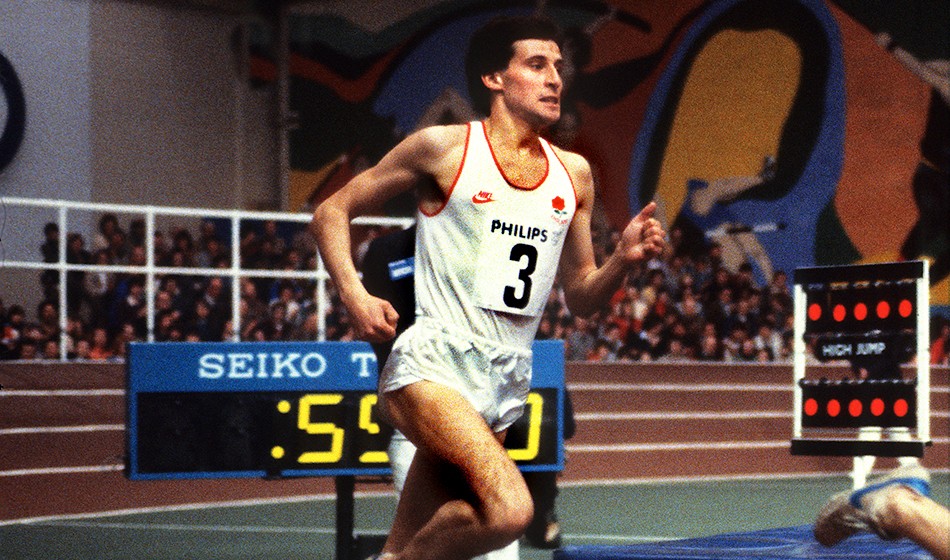 Here we cover all British successes from 1976 to 1985 when the European Indoor Championships importance greatly varied and occasionally only a few athletes would be selected.

In our member-only Clubhouse there are articles on the most successful women at the European Indoor Championships and the greatest male athletes at the events.

Gold: Geoff Capes Shot 20.64m
Though tired from a US tour and suffering from a damaged finger he dominated the event opening the event with a 20.43m but the gold medal throw came in the fifth round.

He had the day’s three best throws and Gerd Lochman of the GDR was second with 20.29m.

Gold: Mary Stewart 1500m, 4:09.4
Her brothers Peter and Ian had already won gold at 3000m and full of confidence after a recent world record of 4:08.1 she joined her siblings as a champion. 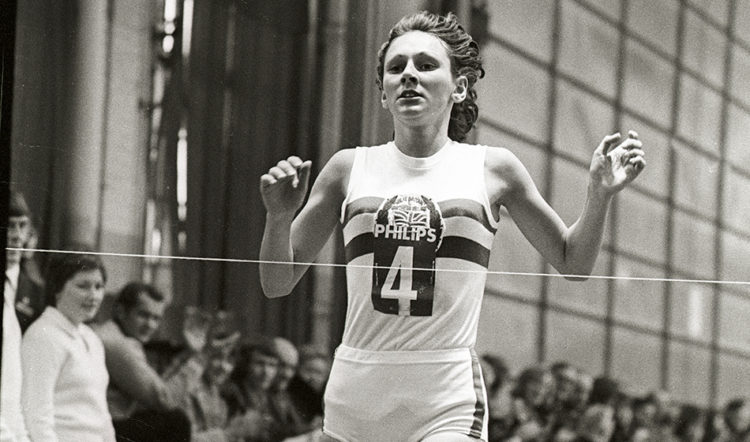 Gold: Jane Colebrook 800m 2:01.1
In her first big international event, this was the least expected success even though she had the fastest pre Games time of 2:02.5 being the smallest and least experienced athlete in the line-up. She only got through to the final as a fastest loser after finishing third in her heat in 2:03.2.

In the final she stayed back out of trouble as Svetlana Strykina blasted the first lap in 27.5 and was through 400m in 57.66. Colebrook was fourth at the bell but moved up to third along the final back-straight and then sprinting past her rivals in the finishing straight to gain a narrow and exciting win over Totka Petrova (2:01.2) and 1977 champion Elzbieta Katolik (2:01.3) and Styrkina (2:01.4).

Her time equalled the world indoor record and matched the 1964 Olympic winning time of Ann Packer.

His time of 1:46.5 just missed Carlo Grippo’s 1:46.4 world record.but took a second off his British and Commonwealth record.

It completed a glorious spell for the British team as they won three top class gold medals in just 20 minutes. 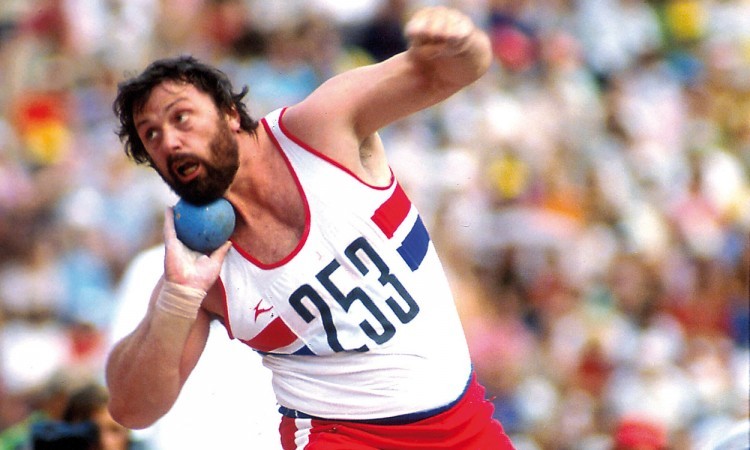 There were three medals, two to two of Britain’s most successful ever indoor competitors but Keith Connor gained Britain’s first ever triple jump medal.

Gold: Verona Elder 400m 51.80
Elder confirmed her position as Britain’s most successful ever indoor female performer when she won her third title.

Competing in her 50th international she only made the final as a fastest loser when Barbara Krug beat her in the heat. And she went into the final as the slowest of the four qualifiers on paper.

Austria’s Karoline Kafer, inspired by the home crowd, blasted through 200m in a seemingly suicidal 23.92 two metres up on Jarmila Kratochvilova with Elder holding back in third in 24.6 a few metres up on Krug, hoping that her 800m training – she had finished 6th in the championships in the longer event the previous year – would pay off.

The positions remained the same at 300m but gradually Kafer faded as they hit the final straight and the Czech athlete edged by only for a relatively fast finishing Elder to pass the two and win with her final stride and win in a British record 51.80 which moved her to second all-time behind the great Marita Koch’s 51.14 in winning this race in 1977 ahead of Elder.

Kratochvilova (looking about half the size she did when winning double world gold in 1983) was second in 51.81 and Kafer third in 51.90. 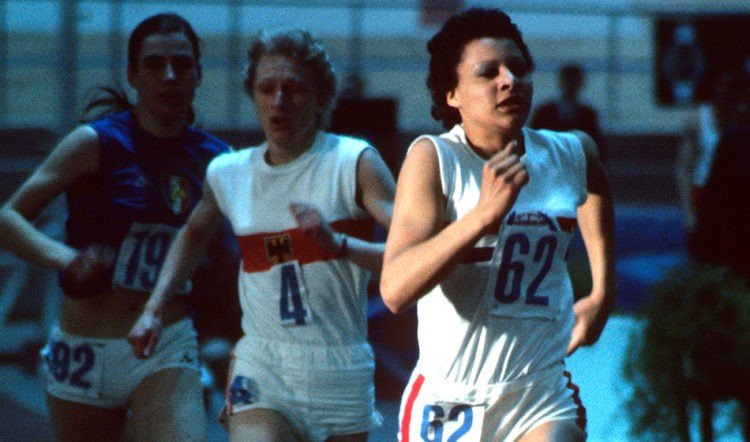 Britain only fielded a team of 4 and won no gold medals but Liz Barnes gained a bronze.

Again Britain failed to win a gold but did win two medals through Aston Moore and Elder.

For the third Championships running there were no British gold medals but Wendy Hoyte and Paula Fudge gained bronzes.

Still no titles but three silvers was a big advance on the previous three championships.

Gold: Bev Kinch 60m 7.16 (UK record)
There were doubts over her fitness when in her first race since mid-January she did not impress finishing second in her heat in 7.26.

In the final though the 20-year-old with more of a reputation as a long-jumper, dominated the race winning clearly from Anelia Nuneva (7.23) and a then young Nelli Cooman (7.23). Her time took a hundredth of a second off Lynch’s 1975 UK record.

Gold: Sue Hearnshaw Long Jump 6.70m (UK record)
The standard was not great as 6.08m won a bronze medal but the Briton, who won four medals in the BMAF Indoor Championships last year, was in magnificent form.

She had the four best jumps of the competition – all at 6.62m or better – and easily defeated defending champion Eva Murkova, a 6.92m jumper, who here could only manage 6.55m.

Gold: Mike McFarlane 60m 6.61 (UK record)
McFarlane, who had not ventured indoors for seven years and failed to win the AAA title made up for lost time. In his semi final he set a British record 6.63 though lost to British title winner Ronald Desruelles’s 6.62 .

In the final he got a good start, held off an early challenge from Antonio Ullo and then resisted a late charge from Antione Richard to clearly defeat the Frenchman (6.63).

It was the British men’s first gold medal since Coe in 1977.

Gold: Todd Bennett 400m 45.56 (world record)
World record-holder Thomas Schonlebe was absent but the Briton proved that to be an irrelevance as he took 0.04 of a second off of the East German’s record.

Gold: Rob Harrison 800m 1:49.09
In an era of the likes of Coe, Cram, Ovett and Elliott, Harrison did not get as much championship action such a quality performer deserves but he made the most of his opportunity here.

A poor heat where he only qualified as a fastest loser was followed by a semi final win in an indoor PB 1:47.72.