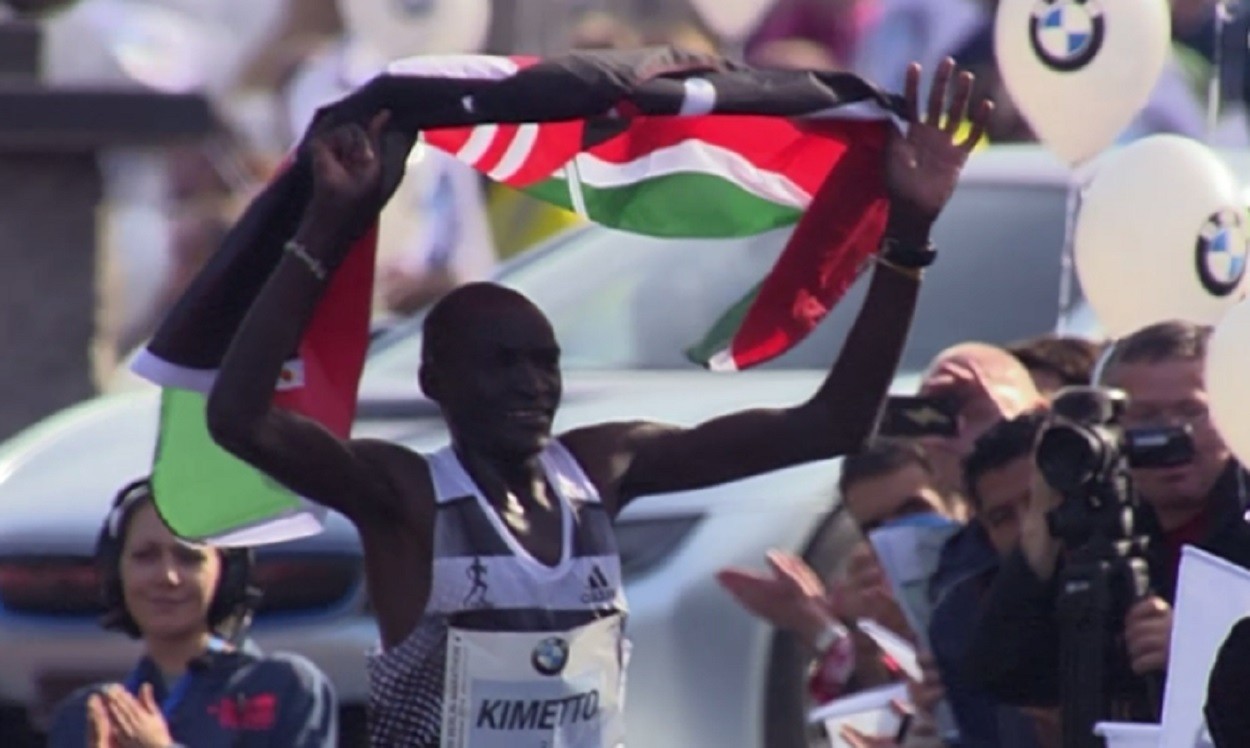 The 30-year-old Kenyan became the first man to break the 2:03 barrier as he took 26 seconds off Kipsang’s 2:03:23 mark, which was set on the same German course 12 months ago. Kimetto’s historic performance also surpassed Geoffrey Mutai’s 2:03:02 from Boston 2011 – a time that was previously the fastest marathon in history but set on a course ineligible for record purposes.

Behind Kimetto, Emmanuel Mutai was inside the old world record as well as he clocked 2:03:13. The duo ran together for much of the latter stages before Kimetto strode clear in the final four kilometres.

Berlin’s course has an amazing record of staging world marathon records. It has now witnessed six in the past 11 years from Paul Tergat, Haile Gebrselassie (twice), Patrick Makau, Kipsang and now Kimetto.

Going back to 1998, Ronaldo da Costa of Brazil amazed the marathon world when he took 45 seconds off Belayneh Dinsamo’s world record in Berlin. Although Da Costa’s 2:06:05 set that day looks positively ordinary compared to the almost routine 2:03-05 performances seen today.

Kimetto has always shown the potential to break the world record. In Berlin in 2012 he finished a close runner-up behind Geoffrey Mutai with the fastest debut marathon in history of 2:04:16 amid speculation that he had let Mutai, his training partner, take the win.

In Berlin on Sunday he went through halfway in 61:45 before speeding up in the second half with an incredible 61:12 split.

In the closing stages, the world record looked a formality but the only question was whether Kimetto could run inside 2:03. Storming towards the finish at the Brandenburg Gate, he achieved the feat by three seconds as Berlin once again lived up to its red-hot reputation.

“I feel good because I won a very tough race,” Kimetto said. “I felt good from the start and in the last few miles I felt I could do it and break the record.”

The women’s race was not so fast, with Tirfi Tsegaye winning in 2:20:18 from fellow Ethiopian Feyse Tadese. Shalane Flanagan of US clocked 2:21:14 in third after leading for much of the early stages in a bid to break Deena Kastor’s American record of 2:19:36.

» More coverage in the October 2 issue of Athletics Weekly