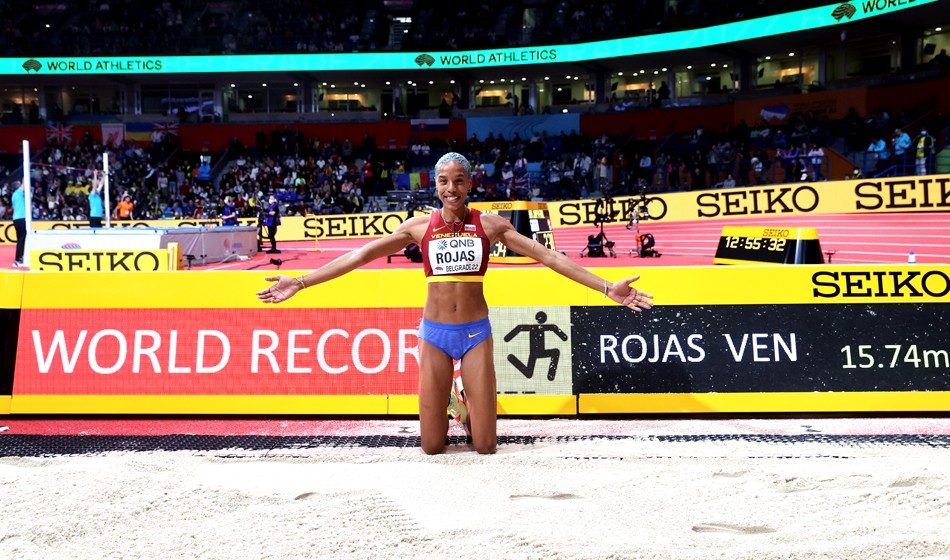 While there had been much to admire and enjoy about these World Indoor Championships, the final day of competition dawned with the Belgrade crowd yet to have witnessed a moment of true individual brilliance.

All of that changed towards the end of a morning session on Sunday (March 20) which took the breath away.

Yulimar Rojas stunned Tokyo with a world record of 15.67m on her way to Olympic gold last summer and expectations had been high that she could at the very least surpass her world indoor mark of 15.43m, given that she leapt 15.41m in what was her first triple jump competition of the year last month.

How about that!? Yulimar Rojas takes apart her triple jump world record with an astonishing 15.74m 🔥

Her WIR stood at 15.43m and her WOR was 15.67m 🇻🇪#WorldIndoorChamps 🇷🇸 pic.twitter.com/QJ75ZFIoux

It says much about the standards she has set for herself that a championships record-equalling jump of 15.36m in the fifth round almost felt like it wasn’t enough from the Venezuelan. That leap had secured Rojas her third successive World Indoor title but still there was business to attend to.

Preparing for her final attempt, she silenced the crowd and then urged them to clap her towards something special. She got her wish.

It was immediately clear that the distance covered had been huge but there was an audible gasp before the celebratory roar which greeted the news Rojas had reached an incredible 15.74m. To underline the progress she has made, 14.63m was enough to give her World Indoor gold in Birmingham four years ago.

“I cannot be more thankful,” said Rojas. “I knew it was the right time to achieve this and I took the chance. I did not want to miss this opportunity. Looking back to 2018, I am the same person but I have improved a lot technically and I also have the mental strength.

“Now, I want to focus on the World Championships in Oregon and I think there is a big chance of going for the double – long jump and triple jump. The 16-metre mark [for the triple jump] is my big goal.”

It took another remarkable performance to land the silver, too. Ukraine’s Maryna Bekh-Romanchuk – in the first senior international triple jump competition of her career – leapt a huge personal best of 14.74m to go from eighth to second in the sixth round.

Her day’s work was not done, however, as the European Indoor champion then turned her attention to Sunday evening’s long jump – in which she was also competing. 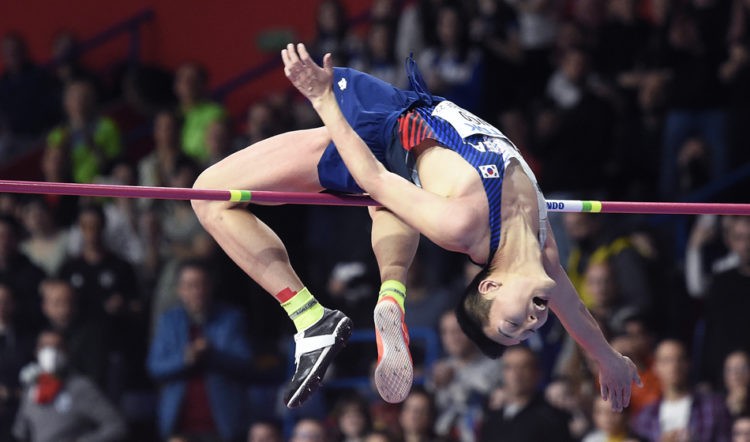 Last year’s Olympic fourth placer and the world leader confirmed gold after being the only athlete to clear 2.34m – at the first time of asking.

Swiss outdoor record-holder Loïc Gasch took silver on countback with a best of 2.31m. That was the height also reached by Gianmarco Tamberi and Hamish Kerr, but with each producing identical performances, the Italian who shared Olympic gold with Mutaz Essa Barshim last summer found himself being awarded a joint bronze with the New Zealander.

Woo had entered the competition at 2.20m and had gone clear first time on every height until he reached 2.31m. It was a barrier at which he failed twice, but produced the clearance he needed before producing his gold medal-winning leap.

“I felt like I had only one good jump today so I am happy that I ended up with the gold medal on my neck,” said Woo. “It is very important for me because this is my first indoor season. Every competition gave me more and more energy and power.”

» For more news from the 2022 World Indoor Champs, CLICK HERE