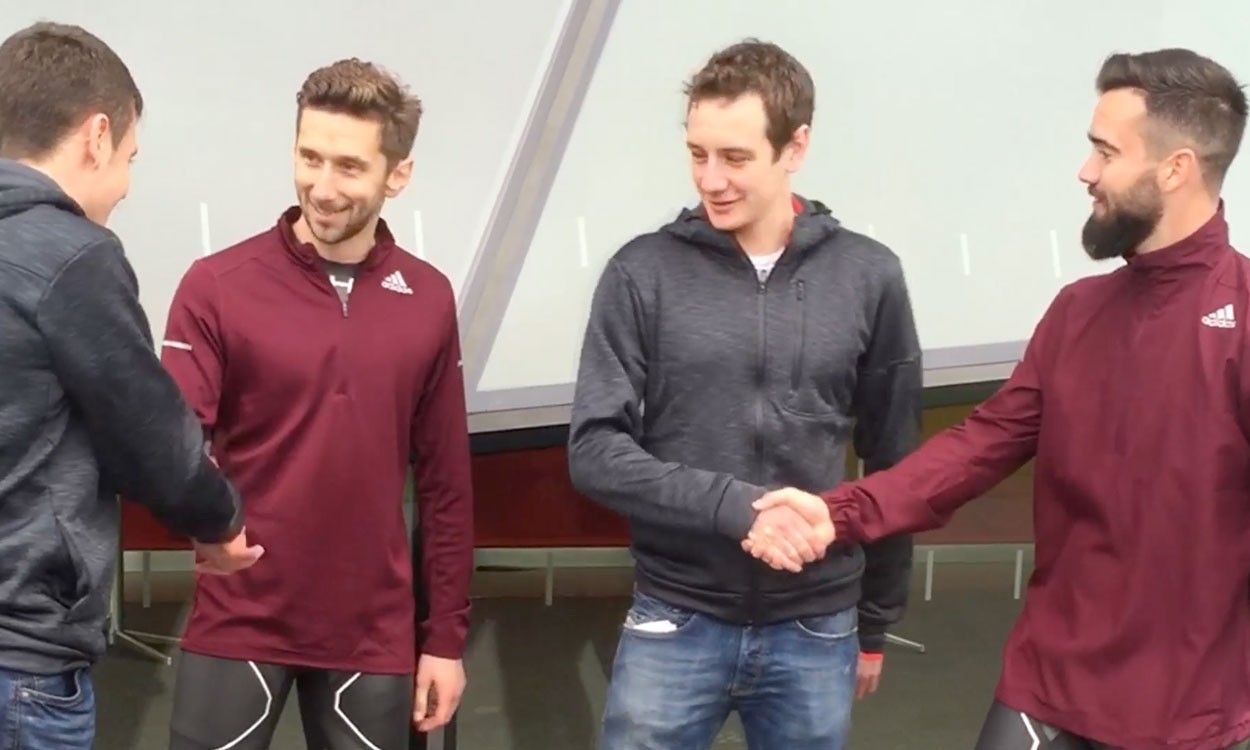 A year after beating the London Underground on foot, James Heptonstall and Noel Carroll took on the city’s public transport network again in a unique triathlon against the Brownlee brothers.

The two Olympic and world medallists were recruited for the race across London with Alistair and Jonny taking on the unfamiliar. The two brothers completed their route from the starting point of Royal Victoria Dock by boarding the Emirates Air Line to cross the river. They then took a bus from the O2 down to Blackheath before a final leg on three wheels as the two jumped in a rickshaw to get to the finish point at the top of Greenwich Park.

Meanwhile, from the same starting point Heptonstall and Carroll echoed what their competitors do on a daily basis with a swim, bike and run through the city. Their route saw them swim across the Royal Victoria Dock before boarding their bikes to fly alongside the Thames and then under the river via the Woolwich Tunnel. Their final leg saw them go from Vanbrugh Park and take on a run up to the top of Greenwich Park to meet their challengers at the General Wolfe Statue overlooking London.

The race came about just over a year after Heptonstall and Carroll launched their first epic challenge ‘Race The Tube’ which grabbed global attention when they took on the London Underground in a foot race and won. Since then the pair have taken on challenges across the UK and US including the Oxford and Cambridge University Boat Race, the New York Subway and more. Heptonstall and Carroll have been supported on their journey by adidas and it was the sports brand that recruited the Brownlees for this latest race.

“It was great to be involved in the race against James and Noel,” said Alistair Brownlee. “It is not the way we usually do a triathlon but it was a lot of fun and a good chance to see a bit of London on the way.”

Jonny Brownlee added: “We had the much more comfortable journey than the guys but that didn’t stop us trying to win it. Unfortunately I didn’t feel quite as quick on the rickshaw as I do on a bike usually.”

Find out which route was quickest…