Ohuruogu streets ahead as Turner runs final race at CityGames 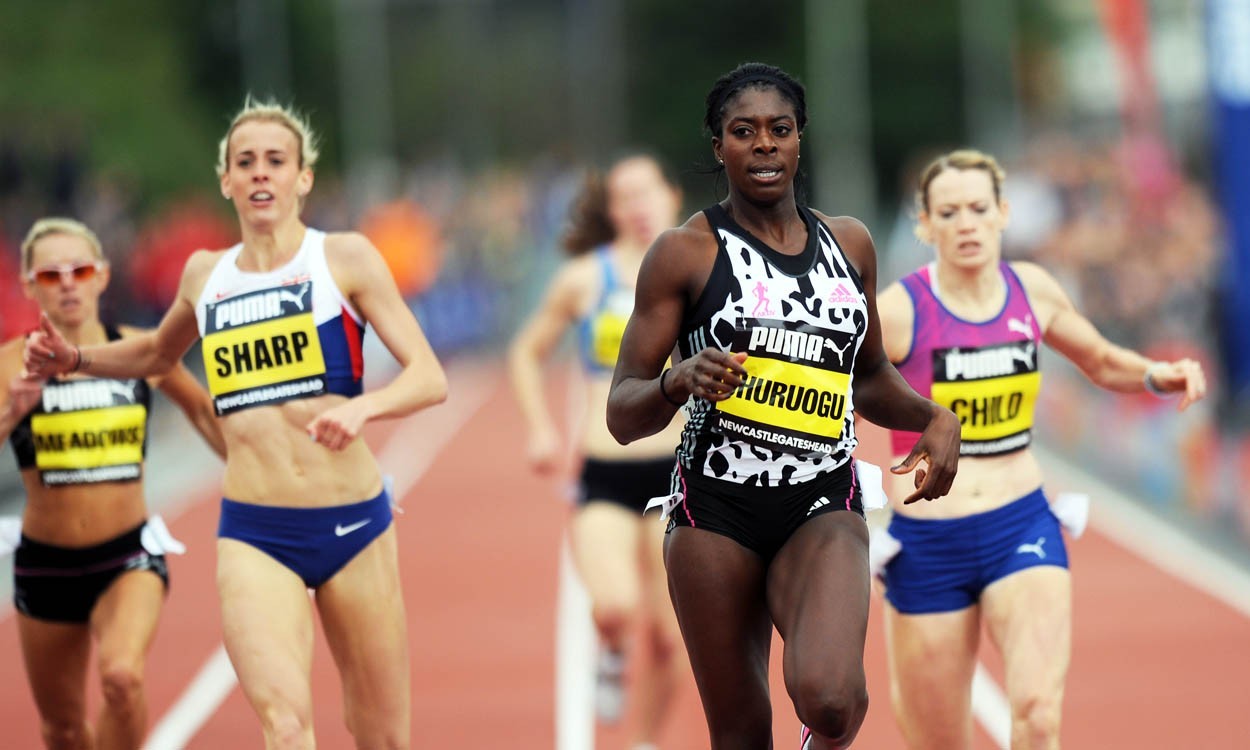 Fans were treated to a number of intriguing track and field clashes on the Newcastle-Gateshead Quayside on Saturday afternoon as the Puma Great North CityGames again brought athletics action to the streets.

Christine Ohuruogu and Laura Muir were among those to prove they’re street-smart, while hurdler Andy Turner used the event as an opportunity to compete in front of home fans for the last time before he hangs up his spikes.

With the rarely-run 500m featuring athletes from three disciplines – the 800m, 400m hurdles and 400m flat – it was anyone’s guess as to who the distance might most suit. As it was, world 400m champion Ohuruogu seemed to find the extra 100m no real bother, her finishing strength working well as she saw off the likes of European and Commonwealth 800m silver medallist Lynsey Sharp and European 400m hurdles champion Eilidh Child to clock 67.46.

Starting off downhill on the road, the race got off to a fairly quick start and Ohuruogu led as the race went from road to track with 150m to go. By then she’d built a vital lead as Sharp, who had tracked Ohuruogu for the majority of the race, held on for the runner-up spot, beating Child 68.05 to 68.11. Behind them, 800m specialists Jenny Meadows and Alison Leonard ran 68.47 and 69.92 respectively.

“I was very surprised with this performance but also extremely happy,” said Ohuruogu. “I didn’t want to work too hard over the early stages as I didn’t know what to expect. We all joked on the start line as to whether we should do a crouch start or one standing up – in the end I made sure my right arm and right leg were forward!

“I know I can always summon something in the closing stages when I’m focussed and that’s the way it was today.”

Many athletes, including Sharp and Child, had competed at the Brussels Diamond League meeting the night before, with the CityGames coming at the end of the season for a number of those in action. But for Turner the event marked the end of his whole career, as the 2010 European and Commonwealth 110m hurdles gold medallist ran his final race before retirement.

Finishing third in the meeting’s last race which was won by Cuban Dayron Robles in 13.40, Turner was later joined on the pop-up track by fellow British athletes who sprayed their drinks bottles and some champagne on him in celebration. 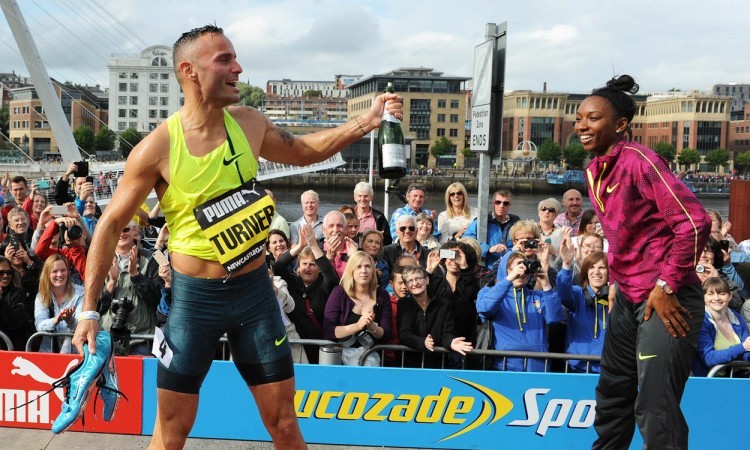 “I can’t describe the emotions I felt leading up to that race,” Turner told the BBC. “I’m struggling for words about how I feel right now.

“I’m just an average guy from Nottingham that grafted and grinded and had a dream. I know it sounds cliche, but I wanted to compete at the Olympics, I wanted to run at things like this. I’ve got no regrets in my career. Injury robbed me a little bit but I’ve taken a lot more from my career than I could ever have wished for. What a way to go out.”

Asha Philip was dominant in a women’s 150m also featuring her fellow Britons Jodie Williams and Bianca Williams as well as USA’s Olympic 200m champion Allyson Felix, who had run a 200m world lead in Brussels the evening before. Racing the rarely-run distance for the first time, Philip had built a significant lead by the 100m mark, which she passed in around 11.30, and although the gap closed slightly the 23-year-old crossed the line clear in 16.69 ahead of Jodie Williams with 16.84, Felix with 16.92 and Bianca Williams with 17.10.

Victory in the men’s 150m also went to a 100m specialist running in lane one, but while Philip enjoyed a clear victory, the win in the men’s event had to be decided by a photo finish. Local favourite Richard Kilty, the world indoor 60m champion, pipped American Mike Rodgers – 15.32 to 15.33 – while Harry Aikines-Aryeetey, who had started strongly, held on for third in 15.35 and Kim Collins clocked 15.85.

Fresh from running a T44 200m world record in Brussels, Richard Browne returned to the track to continue his winning ways, clocking 10.94 for half the distance to beat his rival Jonnie Peacock, the Paralympic champion, who ran 11.09.

In the women’s 100m hurdles European champion Tiffany Porter saw off the likes of world champion Brianna Rollins and Dawn Harper-Nelson – winner of this year’s Diamond League – and clocked 12.79 to the American duo’s respective 13.02 and 13.03.

Olympic, world and European long jump champion Greg Rutherford was another to end his season on a high, saving his best of 7.92m until last to beat fellow Briton JJ Jegede who had led the competition in the first two rounds of the four-round competition. Having leapt 7.76m on his first jump, he decided to call it a day but that mark was enough to see him finish as runner-up, while Chris Tomlinson was third with 7.73m. Rutherford had been due to compete at next weekend’s Continental Cup but after his win said how he is “just too emotionally tired” to be able to jump his best in Marrakech after a season which has also seen him jump a British record.

Olympic champion Jenn Suhr won the women’s pole vault competition with a best clearance of 4.52m. With Brazil’s Fabiana Murer having failed at that height, Suhr went on to attempt 4.62m having victory secured, but she failed all three goes.

Back out on the road-come-track and Muir ran a well-judged race to claim victory in the women’s mile. The win should provide a welcome boost for the Scottish runner who admits she has been disappointed this season with results which include an 11th place finish in the Commonwealth Games 1500m.

Going straight to the front, the 21-year-old pushed the pace and was then joined by Kenya’s Hellen Obiri who made a move with around a quarter of a mile to go. The Kenyan stretched away on the final downhill but Muir wasn’t beaten. With a stronger finish she was just behind as the athletes reached the start of the track with 150m to go and came through to clock 4:34.84 for the win ahead of Ciara Mageean, who has struggled with injury over the last couple of years, the Irish athlete coming through to clock 4:35.47 for the runner-up spot ahead of Muir’s fellow Briton Hannah England with 4:36.07 and Obiri with 4:36.23. Local favourite Laura Weightman ran 4:37.13 for sixth as last year’s winner Morgan Uceny of the US was a late withdrawal.

Germany’s Homiyu Tesfaye kicked when it counted in the men’s mile to deny two-time world 1500m champion Asbel Kiprop and last year’s surprise CityGames winner Garrett Heath of the US. Leading as the race left the road for the remaining 150m on the track, Tesfaye held on ahead of a fast-finishing Kiprop to clock 4:00.92 and better the Great CityGames record.