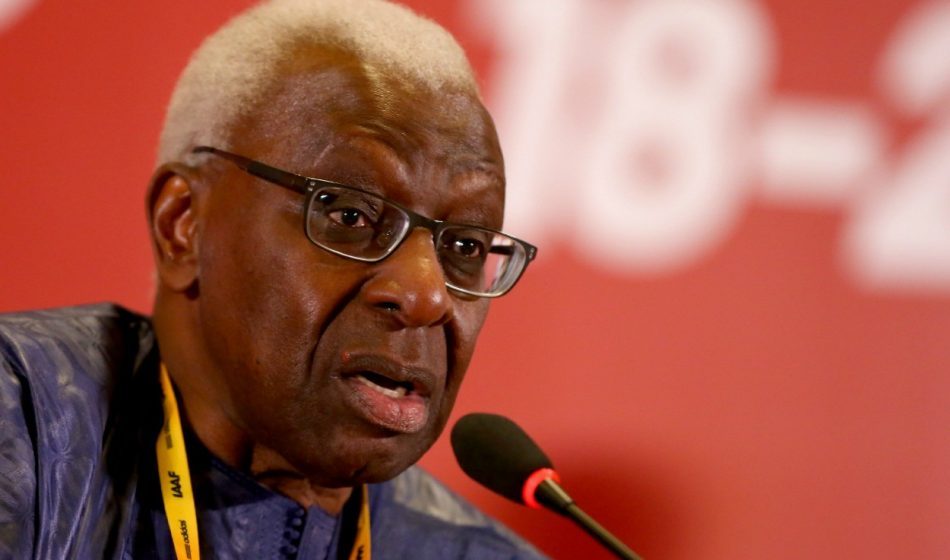 For 16 years Lamine Diack was one of the most powerful figures in global sport due to his position as president of the International Association of Athletics Federations (IAAF). The former long jumper held the prestigious role from 1999-2015, but his fall from grace was complete this week when he was found guilty of corruption and sentenced to four years in prison – two of them suspended – and fined €500,000.

Abusing his position as head of the IAAF, Diack (pictured above) was found by a French court to have covered up Russian doping cases in 2012 and 2013 in exchange for more than €3 million. Aged 87 and having been under house arrest for five years, though, he is unlikely to actually go to jail.

His son, Papa Massata Diack, looks set to also escape true justice. The former IAAF marketing executive was sentenced to five years in prison and fined €1 million for being part of the Russian doping scandal, but he has remained in hiding in Senegal throughout the process.

An investigation found Papa Massata siphoned off around $15 million from TV contracts and commissions to his companies while his father was IAAF president. The most infamous father-and-son duo in athletics have now been ordered to pay World Athletics (formerly known as the IAAF) €5 million in damages.

Judge Rose-Marie Hunault said Lamine Diack had “undermined the values of athletics and the fight against doping”.

The former IAAF president plans to appeal and his lawyers called the verdict “unfair and inhumane”.

In a statement, World Athletics said: “This has been a long five years and we would like to thank the French prosecutors and the Paris Criminal Court for their time, detailed work and deliberations into this case.

“Whilst we are disappointed this happened in our sport, we are grateful for the strong and clear decisions that have been taken against the individuals involved and charged with these crimes, and we would like to reassure everyone that the reforms our Congress approved in 2016 will ensure that similar actions by individuals can never happen again in our sport.

“We are grateful for the damages awarded by the Paris Criminal Court totalling €16 million for embezzled funds and for reputational damage suffered as a direct consequence of these crimes and the resulting media coverage. As the Court acknowledged, this damage has impacted World Athletics’ finances and had a negative impact on World Athletics’ image and reputation in a deep and lasting way. We will do everything we can to recover the monies awarded, and return them to the organisation for the development of athletics globally.”