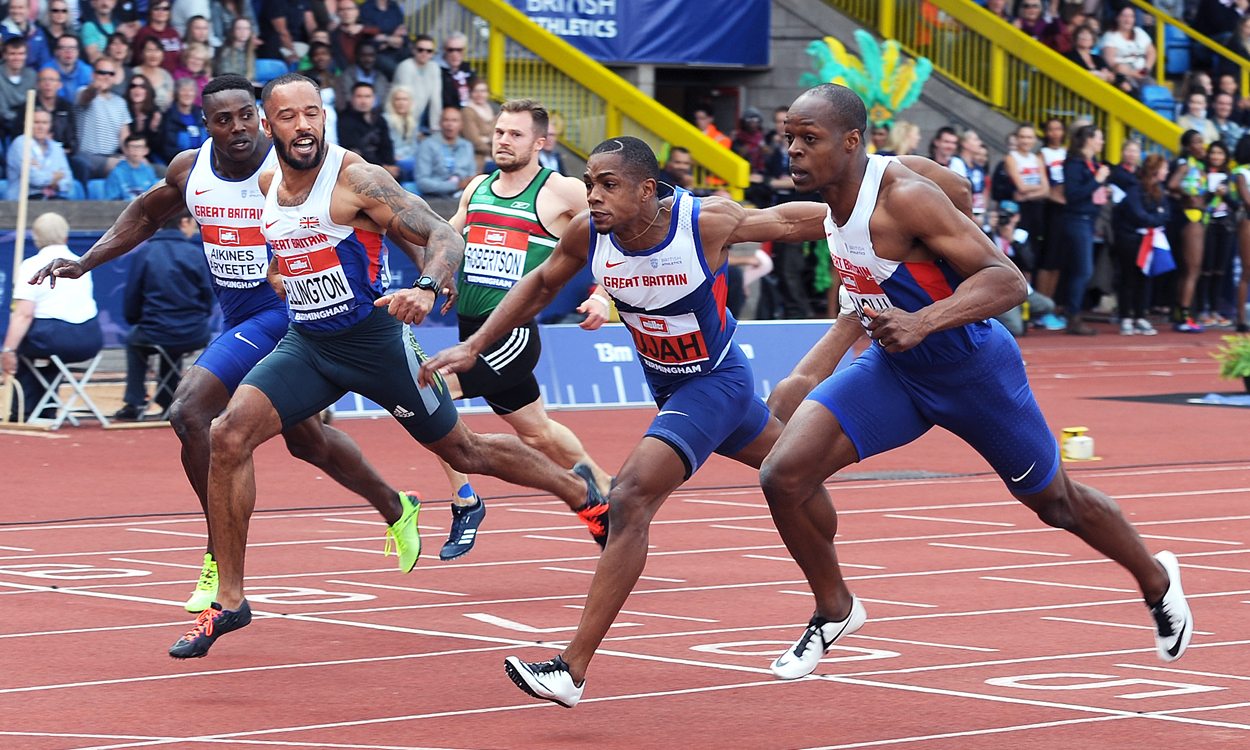 In the best form of his life ahead of the Rio Olympics, James Ellington told Ben Coldwell things are finally coming together

Of all the British sprinters to enhance their reputations so far in 2016 James Ellington has arguably done his the most good.

Previously a 200m specialist, Ellington excelled over the 100m at the British Championships in Birmingham, finishing at breakneck speed to place second to James Dasaolu in a 3m/sec wind-assisted time of 9.96 and nail down his spot on the GB Olympic team over the shorter distance four years after qualifying for London 2012 in the 200m. He then went on to finish fifth in the shorter sprint at the European Championships in Amsterdam, running a legal PB of 10.04 in his semi-final.

Portrayed as one of the villains of the Beijing relay soap opera which unravelled last year after Ellington’s handover to CJ Ujah culminated in the latest in a long line of disappointments for British men’s 4x100m running, it’s easy to see why at 30 his form may have come as a shock to some. But the Newham & Essex Beagle offers a sharp riposte.

“It annoys me when the commentators say ‘he’s 30 now’,” Ellington says. “If you actually look at our most successful athletes they’re between the ages of 28 and 35. I’m a guy where up until the age of 26 I only trained three days a week up until the 2012 Olympics. Now I’m starting to get into my third or fourth year of professional training and starting to come into good form.”

Anyone who watched the final at the Alexander Stadium can’t fail to have been impressed by Ellington who ran like a man possessed after being left in the blocks, well down at 50 metres before eating up the ground on the composed Dasaolu and the faltering Ujah who finished in the bronze medal position with a 9.97 clocking. Five more metres and the title was his.

“It’s something I’ve always believed I was capable of doing,” Ellington says about that 100m. “I’ve always shied away from the 100 mid-season because I normally get the qualification for the 200s and it’s easier to fit into the 200 timetable and not mess myself up doing the 100s at the trials.

“This year has worked nicely because we’ve had the 100 on the Friday and Saturday, and Sunday is the 200. I’ve been training really hard and in good shape for the 100 so thought why not mix it with the rest of them.

“I wish the wind was legal but to do it the way I did it, I was down at 40-50 metres and thought I’d blown it but I trusted in my ability and came through strong.”

Such is the need for athletics to regain the public’s faith in performances even the slightest of improvements can be met with raised eyebrows – Ellington has improved from 10.13 to 10.04 and 20.42 to 20.31 for the 100 and 200m in 2016, and maintained his consistency well throughout. And again he pulls no punches in his response to the cynics.

“If anyone thinks I’m dirty they’re having a laugh. I’m outspoken against dirty athletes and totally against them,” Ellington adds. “I’ve been to loads of champs but haven’t really run great at previous champs due to other reasons. I’m sure I’ve been in races where people are beating me and they’ve been dirty. I’m outspoken on Twitter so if anyone tries to chat that madness with me they’re going to have a problem.”

On the issue of doping, Ellington continues to let loose. “We, as British athletes, get tested day in, day out. From a junior level you see it. We’ve got world junior champions, world junior finalists but we get to a senior level and suddenly can’t make the final. Why’s that?

“I think we’re some of the most talented sprinters in the world. We can only control what we’re doing, not the rest of the world”

Clearly never shy when it comes to voicing his opinions, be it in person or on social media, Ellington is less prone to spilling details of his own private life in public, though he does point to overcoming his own personal problems which had been weighing him down over the years.

A settled mind and strengthened body, partly thanks to the decision to team up with British 100m record-holder and 1992 Olympic champion Linford Christie as his coach, is what Ellington credits his improvement to.

“A lot of people don’t really know my story. For the last three or four years I’ve been up and down. I tweet and stuff but don’t tend to put my personal life on Twitter,” he says. “For the last few years I’ve been up in Loughborough, then left and went to another coach, then last year I didn’t get a winter in. I was chasing it and wasn’t in shape.

“This year I’ve had a full, proper winter, managed to get my head down and settled. My mind’s in a good place. Last year half my beard was falling out because I was stressed. Your personal life affects your running. This year has been nice, and I’m in a nice place now and focused.”

Despite being a stalwart of GB international teams since his senior debut at the Daegu World Championships in 2011 things have never quite come together for Ellington in terms of individual performances. But his sub-10 clocking and resurgent form has given him the confidence that he’s ready to take the next step up.

With a better start, who knows what Ellington might have run? Continue on his current path, and who knows where he might yet go?