Jake Heyward has Jakob Ingebrigtsen in his sights 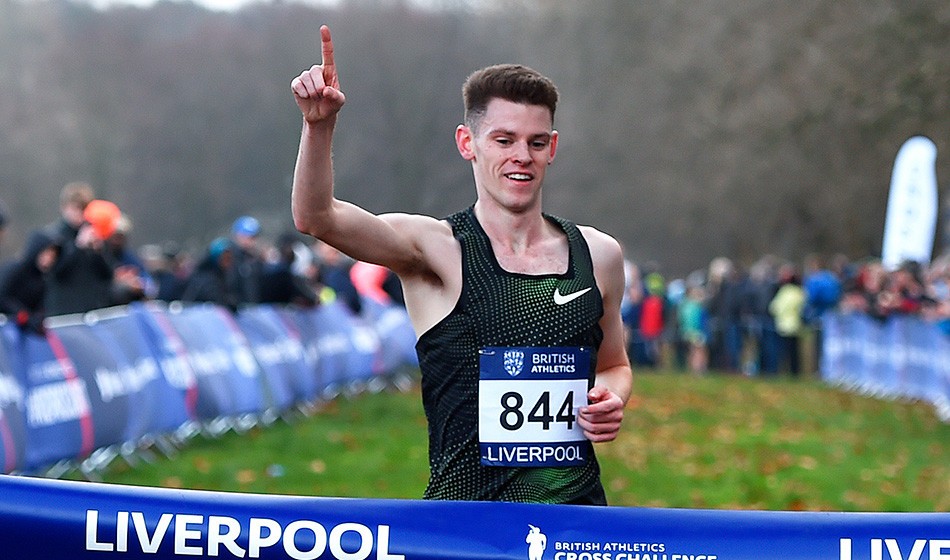 The No.1 British junior miler on racing the Scandinavian sensation and how he has ‘unfinished business’ at the European Cross Country Championships

Britain’s No.1 junior miler Jake Heyward reckons he could be racing Norwegian sensation Jakob Ingebrigtsen for many years to come but believes he can narrow the gap on his Scandinavian rival because he has so far only scratched the surface of his training potential.

The 19-year-old Cardiff runner finished fourth in the 1500m at the IAAF World Under-20 Championships in Tampere in July as Ingebrigtsen finished runner-up behind George Manangoi and ahead of the winner’s Kenyan team-mate Justus Soget.

But Ingebrigtsen went on to become one of the breakthrough global stars of 2018 with his 1500m and 5000m golden double against seniors at the European Championships in Berlin.

Ingebrigtsen was 17 at the time but turned 18 in September and Heyward says: “Because we’re similar age, I think we’re likely to race each other for a number of years. But he’s at a different part of his development to me.

“He’s lived and trained as a professional athlete for a while and been to altitude several times, whereas I’ve not trained at altitude at all yet.”

Heyward studies accountancy and finance at Cardiff University but made a practical decision to continue living at home so that he could continue to benefit from his parental support.

He is coached by James Thie, the former GB middle-distance international, at Cardiff Met and is also benefiting from his third successive year of funding as part of the UK Athletics’ Futures programme.

Speaking with AW recently, Heyward had just completed a session of three tempo efforts over eight minutes each and was looking forward to the trials in Liverpool for the European Cross Country Championships. There he secured his spot on the team with a dominant under-20 race win and now heads to Tilburg for Sunday’s event.

“I’ve got unfinished business at that event,” he says, “as I made the team last year but got ill just before the race itself.”

Heyward is looking in good form, though, after he also won at the opening British Athletics Cross Challenge meeting in Cardiff last month followed by victory against an international field on a blustery Burgos course in Spain earlier this month.

As an example of how he is increasing his training load, too, he used the Cardiff Half Marathon in September as an opportunity to do a Sunday long run, clocking just outside 75 minutes.

This kind of training has led to great results this year. He made the cover of AW after winning his third successive England Athletics 1500m under-20 title at Bedford, while at the Müller Anniversary Games in London he clocked 3:36.90 to go No.2 on the UK all-time under-20 rankings behind Graham Williamson.

His highlight, though, was his fourth place in Tampere.

“Everything in my season is geared around the championships,” he says. “Ultimately it is the championships that I aim for. It was a pretty stacked final and I was competitive, which was pleasing, although there was a mixed bag of emotions at the end as I just missed a medal.”

On that occasion he was less than two seconds behind Ingebrigtsen and could find himself renewing the rivalry in 2019.

“Depending on university exams, I may go training to South Africa in January,” Heyward says. “I’m planning to race indoors with the European Indoors a possibility.

“The European Under-23 Championships is a big target next summer and I’d like to try to make the team for Doha too.”