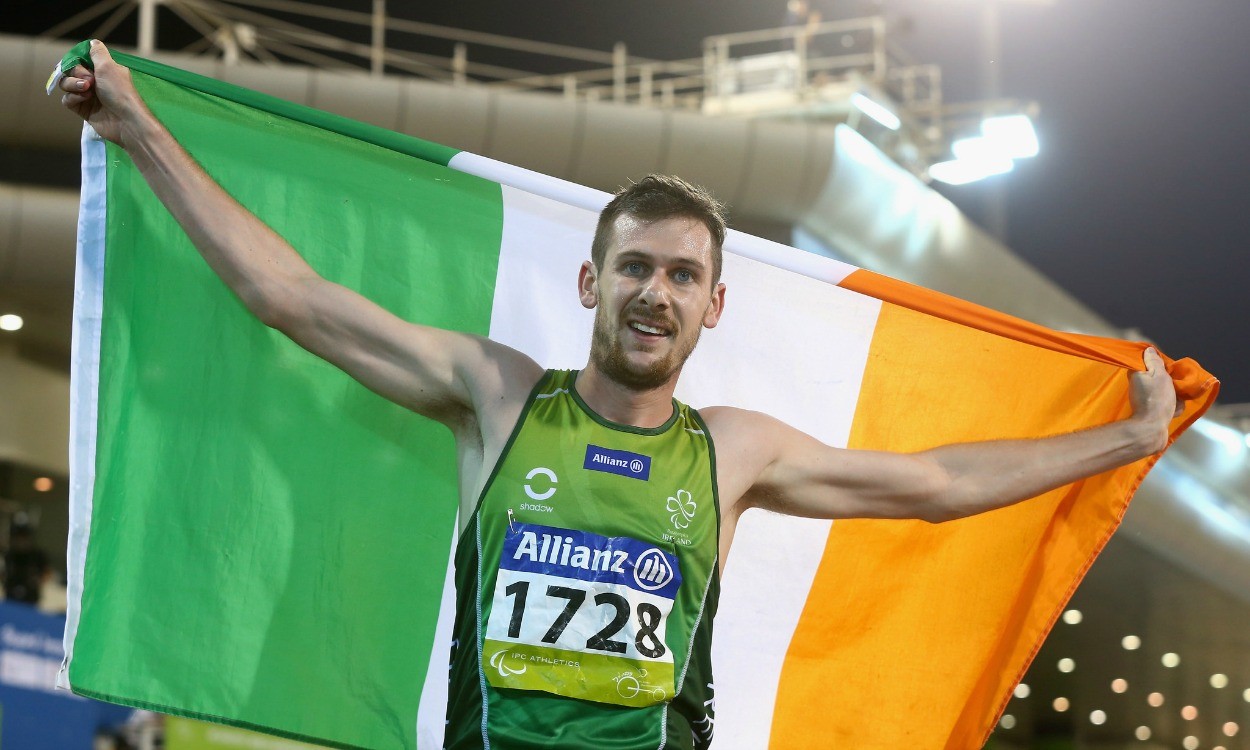 Michael McKillop claimed his second gold in Doha, adding the T37 1500m title to his win over 800m on the penultimate day of the IPC Athletics World Championships in Doha.

“It’s been a long hard year, so to leave the Middle East with gold medals is amazing,” said McKillop, who suffered injury problems earlier this year. “It was a tough race, but when you have determination to conquer like me, then you can do anything.”

Jonathan Broom-Edwards added a silver medal to GB’s medal haul which now stands at 27 in Doha with one day to go.

The 27-year-old, who also won world T44 high jump silver in Lyon two years ago, cleared 2.05m to again finish as runner up to Poland’s Maciej Lepiato, who improved his own world record by a centimetre to retain his title with a clearance of 2.18m.

“I am a little disappointed considering the shape I’m in and all the hard work that’s gone into the build-up to this competition,” said Broom-Edwards, who is coached by Fuzz Ahmed. “I’ve got a fantastic team behind me, it just didn’t happen today.

“My warm-up was great,” he added. “I was relaxed and not being able to pass at 2.11m messed me up a little bit, but there’s no real excuses. I got too tense and that’s something I need to work on.”

Italy’s Martina Caironi was another to break a world record as she improved on a T42 100m mark she had set earlier on in the competition.

“This is my personal answer back to Vanessa Low after stealing my gold medal in the long jump a few days ago!” said Caironi. ” I’m totally happy and satisfied. Now I can relax in the knowledge of my place in the Rio Paralympic Games being secured.”

» Full results can be found at paralympic.org