Runners take to the streets for Great Bristol Half Marathon 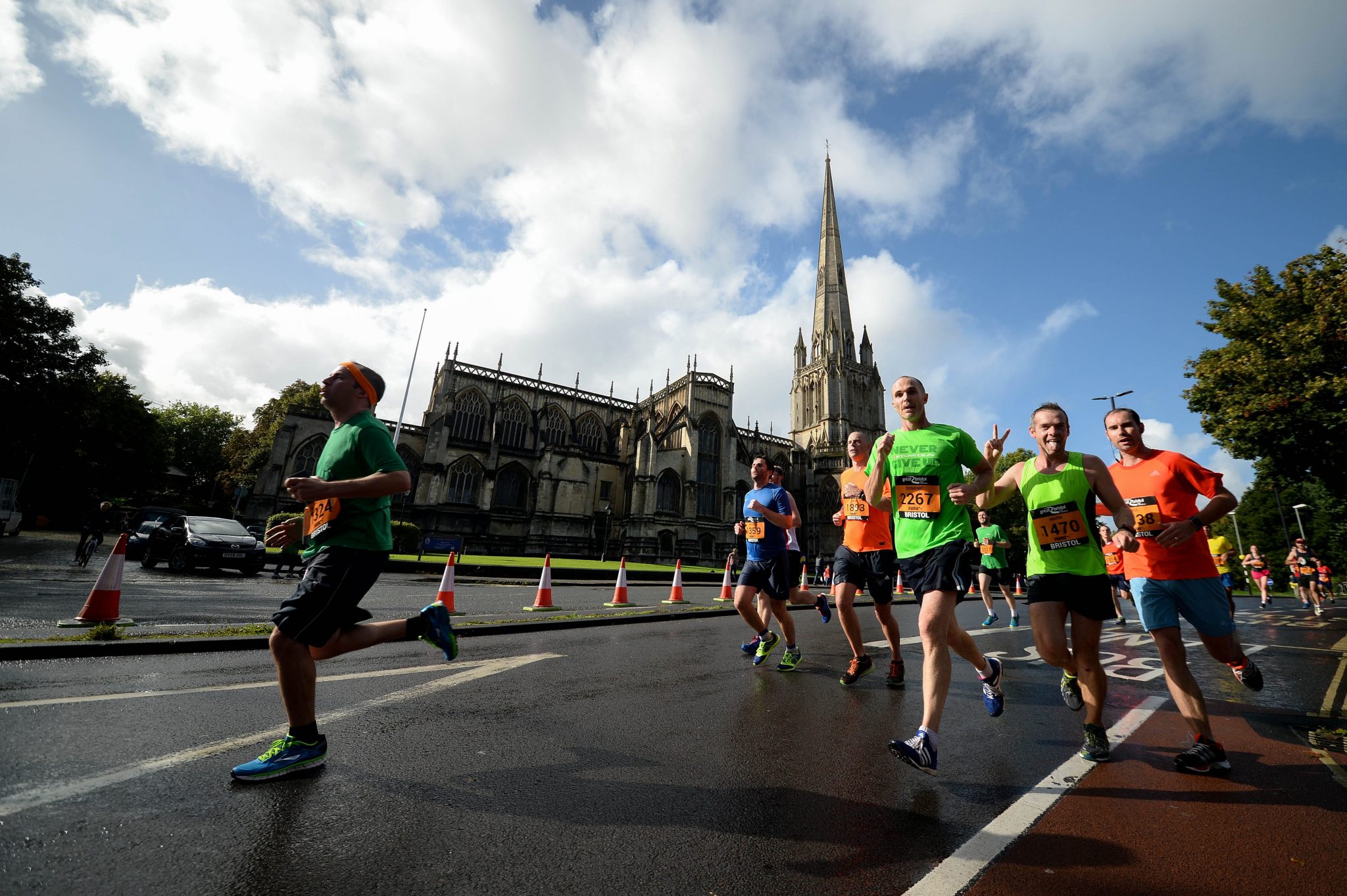 Thousands of runners hit the city’s streets today to take on the Great Bristol Half Marathon 2016. The 13.1-mile course took in many of the areas top attractions including the SS Great Britain, the Clifton Suspension Bridge and Avon Gorge.

Fun runners and charity fundraisers were joined by a competitive elite field, which featured some of the best amateur athletes from around the region, set off by honorary starter, local Olympian Emily Diamond.

Diamond, who won a bronze medal as part of the 4×400 GB relay team in Rio said: “It’s brilliant to be back home starting this race. Despite the rain earlier this morning everyone is in good spirits and the atmosphere is great.

“Two of my colleagues are taking part today so it’s really nice to be able to wish them and everyone else good luck as they get on their way.”

Local Bristol & West AC athlete Jenny Spink took the top spot in the women’s race in an impressive time of 74:58, almost four minutes ahead of her nearest rival, Clara Evans of Pontypridd Roadents RC, who came second with 78:55, while third place went to Gemma Bridge of Oxford City AC who finished in 79:47.

“The support I had out on course was great especially along the Portway where the other runners were cheering me the whole way, I really enjoyed it.”

In the men’s race, local runner Tom Merson of Bristol & West finished second to James Connor of Kent AC who crossed the line in 67:54, Merson followed in 68:41, with Jack Bancroft of Wells AC taking third with a time of 69:11.

Connor said: “The last time I took part in the race I was fourth and I wasn’t expecting to win today so I’m absolutely delighted.”