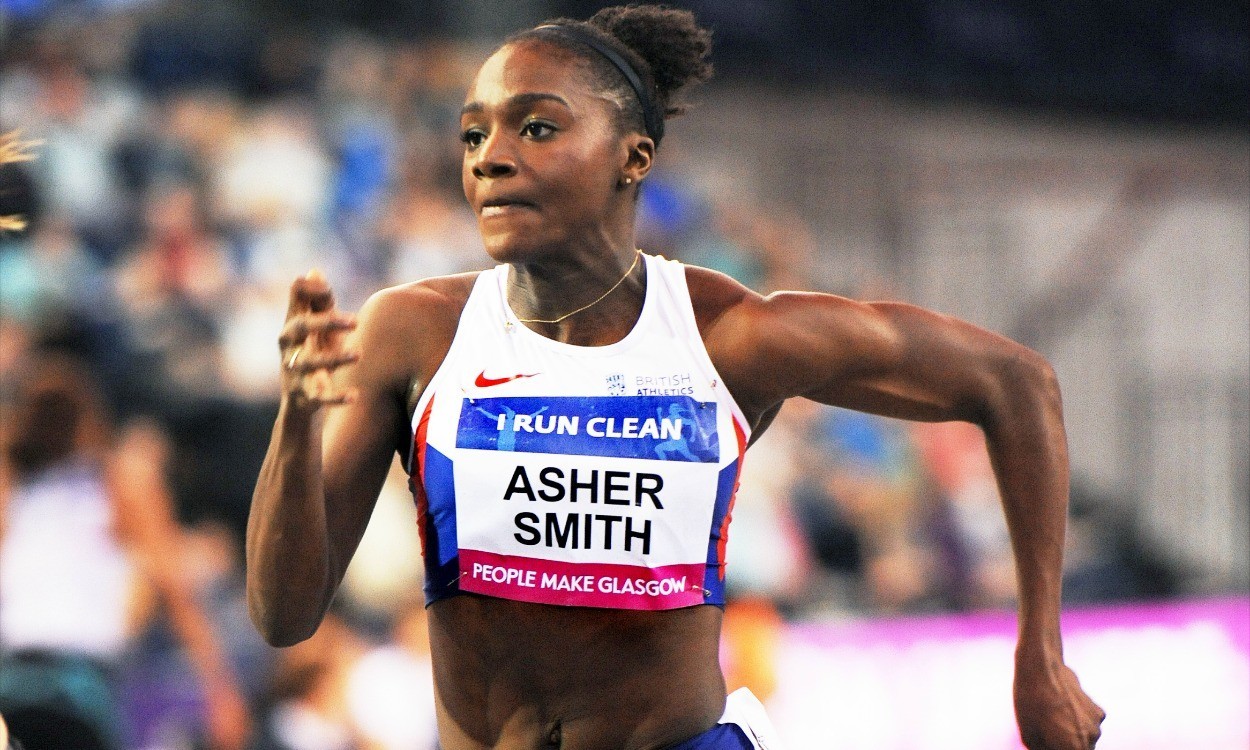 British record-holder is victorious in her first 200m race of the year, while Ruth Jebet, Christian Taylor and Jak Ali Harvey also secure success at the BAUHAUS-galan meeting

Dina Asher-Smith became the first British woman to win an IAAF Diamond League 200m race since the series started in 2010, clocking 22.72 in wet weather conditions at the BAUHAUS-galan meeting in Stockholm on Thursday (June 16).

In her first 200m race since her fifth-place finish at the IAAF World Championships in Beijing last summer, Asher-Smith held off Jamaica’s Simone Facey, who ran 22.81, and fellow Briton Desiree Henry, who clocked a personal best of 22.88.

“I would have liked to have executed it a bit better down the home straight but in these conditions for the first outing of the year, I can’t complain,” said British record-holder Asher-Smith, who ran her best of 22.07 when she last competed over the distance in China.

“I’m going to talk to my coach. We’re keeping our options open but obviously I’d like to make the Olympic team. We’ve got the trials next week in Birmingham and this is my last race before then.”

The women’s 3000m steeplechase was a battle between Ruth Jebet and the clock. After her 8:59.97 in Eugene for the second-quickest time in history behind the 8:58.81 world record, the 2014 world junior champion was on world record pace during the first kilometre, for which she clocked 2:58.07. She couldn’t maintain that pace but still smashed the meeting record, running 9:08.37 to finish more than 14 seconds clear ahead of Kenya’s Beatrice Chepkoech and Australia’s Genevieve LaCaze, who was overtaken in the final straight but ran a PB of 9:23.19 only to be disqualified but then have her mark reinstated.

Ferguson Cheruiyot Rotich followed up his win in Shanghai and runner-up position in Eugene with another Diamond League 800m win, clocking 1:45.07. World record-holder David Rudisha, recent winner over 600m in Birmingham, had placed fifth in Shanghai and was again beaten by his compatriot as he ran 1:45.69 for fourth behind Pierre-Ambroise Bosse with 1:45.23 and Adam Kszczot with 1:45.41.

Muir, who had run a Scottish record-breaking 4:19.12 in Oslo’s Dream Mile to go second on the UK all-time list, clocked 4:05.40 for her fifth place finish, ahead of Kenya’s Hellen Obiri and her fellow Briton Laura Weightman, who clocked 4:05.94.

Olympic and world champion Christian Taylor dominated the triple jump, leaping a best of 17.59m as the only athlete over 17 metres, while world medallist Ivana Spanovic was best in the long jump with 6.90m from the second round as Britain’s Shara Proctor placed fifth with a 6.46m best from her three jumps.

USA’s Keni Harrison, who went to second on the world all-time list with 12.24 in Eugene, again proved her form to surge ahead in the closing stages of the 100m hurdles in the far from ideal weather conditions, clocking 12.66 to beat her fellow Americans Nia Ali and Queen Harrison. Making her return in front of a home crowd, Susanna Kallur clocked 13.00 for fifth in her first 100m hurdles race since 2010. The men’s 400m hurdles was won by Javier Culson in 49.43 after stadium record-holder Bershawn Jackson was disqualified for a false start.

Another race to see a false start was the men’s 100m, with Britain’s Andrew Robertson leaving the line-up. The race was won by Jak Ali Harvey, who ran 10.18 after his 9.92 Turkish record last weekend. Behind him it was close, with Britain’s Richard Kilty one of three athletes to clock 10.31 as he placed fifth.

There was another Diamond League victory for Sandra Perkovic. She threw 68.32m in the discus as Britain’s Jade Lally placed sixth with 55.03m, while Olympic champion Renaud Lavillenie beat world champion Shawn Barber in the pole vault – 5.73m to 5.65m.

Ruth Beitia won the high jump with her clearance of 1.93m, while Ihab Abdelrahman secured javelin victory with his 86.00m from the third round.

The men’s shot put took place the night before the main meeting and that was won by New Zealand’s Tom Walsh with a throw of 21.13m.