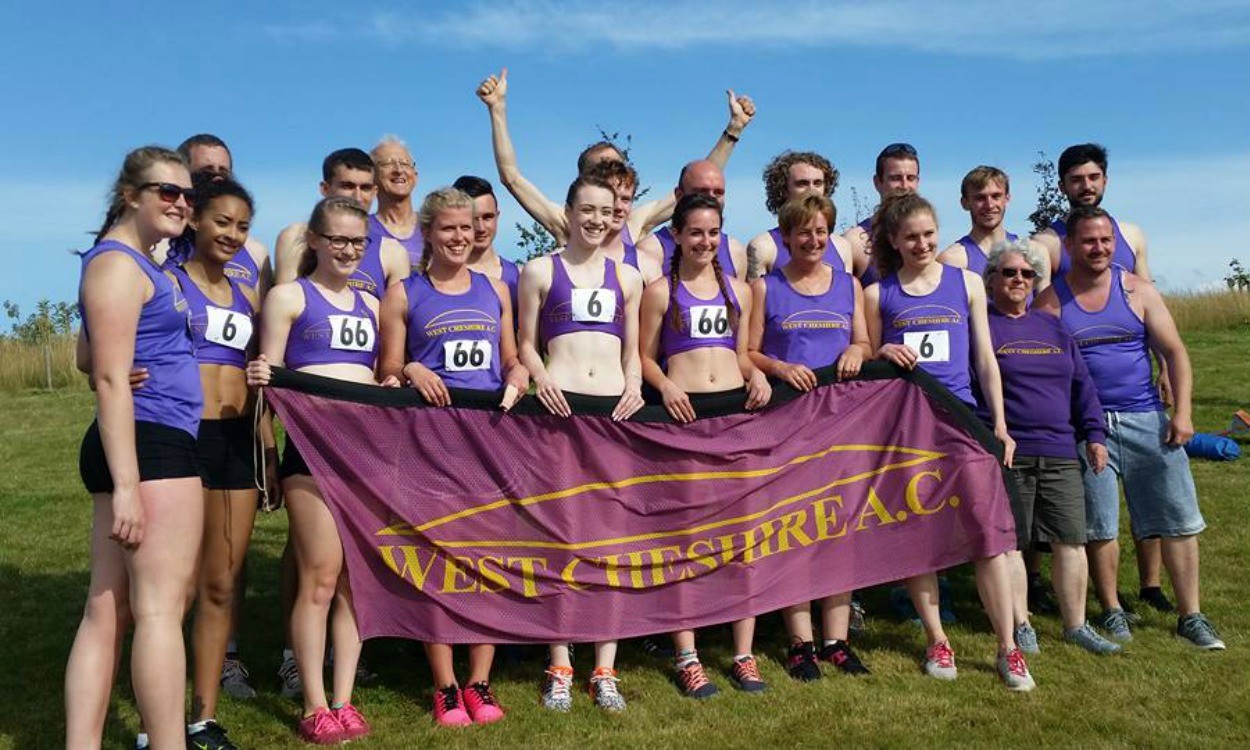 A small, family club serving the local community, West Cheshire AC is looking to become one of the leading athletics clubs in the North West, as Nick Pagan reports

Formed in 1998 by the coming together of two existing clubs – Chester and Ellesmere Port AC (CEPAC) and Whitby Heath AC – the club’s members now compete in all disciplines of athletics, including track and field, cross country, Sportshall and road running. The club is known for its distinctive purple vest.

An enthusiastic group of coaches, led by Dennis Wall – the club’s coaching coordinator – offer the younger members fun coaching sessions on Saturday mornings and Tuesday evenings. A senior sprint group is coached by Jonathan Moss and the junior sprints squad by Eddie Fulton. The under-11s are supervised by Ellen Molloy, the under-13
multi-events group is coached by Jill Gore and distance athletes are taken care of by Tim Durrant, Vince Hodges, Mike Lamb and Richard Batterham. There’s also a successful throwing group headed up by Dave McKay and Jenny Manning.

In the summer, the club competes in the Northern League – the senior squad has just won the league for the sixth consecutive year, the Youth Development League and the Cheshire League. The road runners take part in the Borders League and the Cheshire Grand Prix series, as well as various winter cross-country leagues. West Cheshire also organises three road races in and around Chester, including the well-known Round the Walls race on Boxing Day.

It’s the club’s throwers who have hit the headlines this year. Seven junior throwers represented the club at this year’s English Schools Championships in Gateshead, winning four medals in javelin, discus and shot, and a total of four female under-20 shot putters were also ranked in the top 20 in the country this year. Discus thrower Isobel Griffin-Morris also won gold in Bedford at the England Championships in 2014 and silver at the Schools International meeting in Grangemouth, Scotland, in 2015.

On the track, 400m sprinter Matthew Pagan has won medals at national level at under-15, under-17 and under-20 age groups, including gold twice at the national championships in Bedford. Multi-eventer Olivia Montez-Brown represented England at the World School Championships in the Czech Republic in 2013 and more recently at the International Combined Events meeting in Hexham, where she finished second overall.

The focus is on fun and encouraging younger members to come and have a go and to try different events. Older, more established athletes train with junior members and often take the warm-up sessions.

Marathon running has become a club tradition. One of the longest-serving members is Brian Beattie, who has completed more than 20 London Marathons, and finished every one of them in under four hours. In 2013, Kate Jayden broke the British women’s record for running the most marathons in a year when she ran 69 in total during 2013, including 11 in 11 days. West Cheshire has a respected squad of technical officials that includes Alan Morris, Sheila Whitta and John Driscoll, who officiated at the 2012 London Olympic Games.

On every Boxing Day since 1972, the club has organised a five-mile Round the Walls race, which takes place on Chester’s Roman and medieval walls. It also hosts the Chester Spring five-mile road race and the Sutton 6 10km in September, along with a series of schools cross-country meets throughout the winter.

Social media is helping the club to grow with an active Facebook page and Twitter feed giving regular updates for members, along with a strong presence in the local press. The club also has a website, which will undergo a refresh in 2016.

Many parents of younger athletes help out with officiating at competitions with, many going on to gain coaching qualifications.