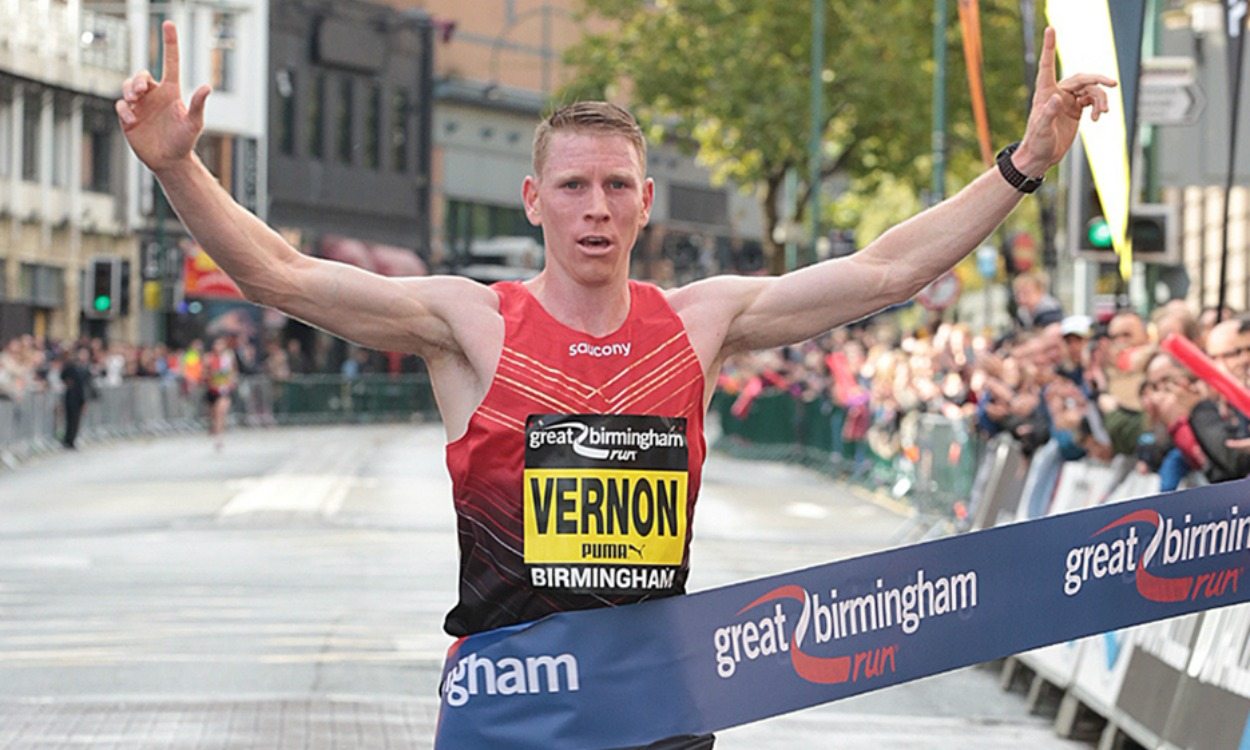 Andy Vernon hinted at a big future on the roads after winning the Great Birmingham Run in style on Sunday (October 16) in 63:32.

The 30-year-old broke away from his Aldershot, Farnham & District clubmate Chris Thompson eight miles into the 13.1-mile race to win by 22 seconds.

Not surprisingly, the victory heightened speculation that he might move up to the marathon. In the past Vernon has dismissed the idea, arguing that his tall frame and wide shoulders are not suited to 26.2 miles, but he now confirms he will tackle one at some stage and enjoys the idea of finishing his career over the classic distance at the Tokyo Olympics.

On his breakaway from Thompson in his race in Birmingham, he said: “I just noticed Chris was running just behind me a little. He wasn’t dropping off but I wondered if he was struggling and the time to go is when people don’t want you to go.

“It was a nice downhill as well so it was a good place to accelerate. If he came with me, I’d slow back down, but he didn’t so I kept my pace strong.”

Thompson, the winner in 2015, said: “It was one of those ‘let’s see if you can go with this’ kind of surges. I felt really good but lacked that ‘oomph’ to go with him.”

Generally, though, Thompson was happy at the end of an autumn period that has seen him run three solid half-marathons at Great Run events in Newcastle, Glasgow and Birmingham.

In third, Koen Naart of Belgium was half a minute behind Thompson in 64:24.

Elizeba Cherono of the Netherlands clocked 73:42 to win the women’s race with ease. The 28-year-old, who was 26th at the European half-marathon earlier this year, saw off the challenge of Monica Madalina Florea of Romania who clocked 74:45, as Lauren Deadman of Havering ran 74:54 in third on her half-marathon debut.