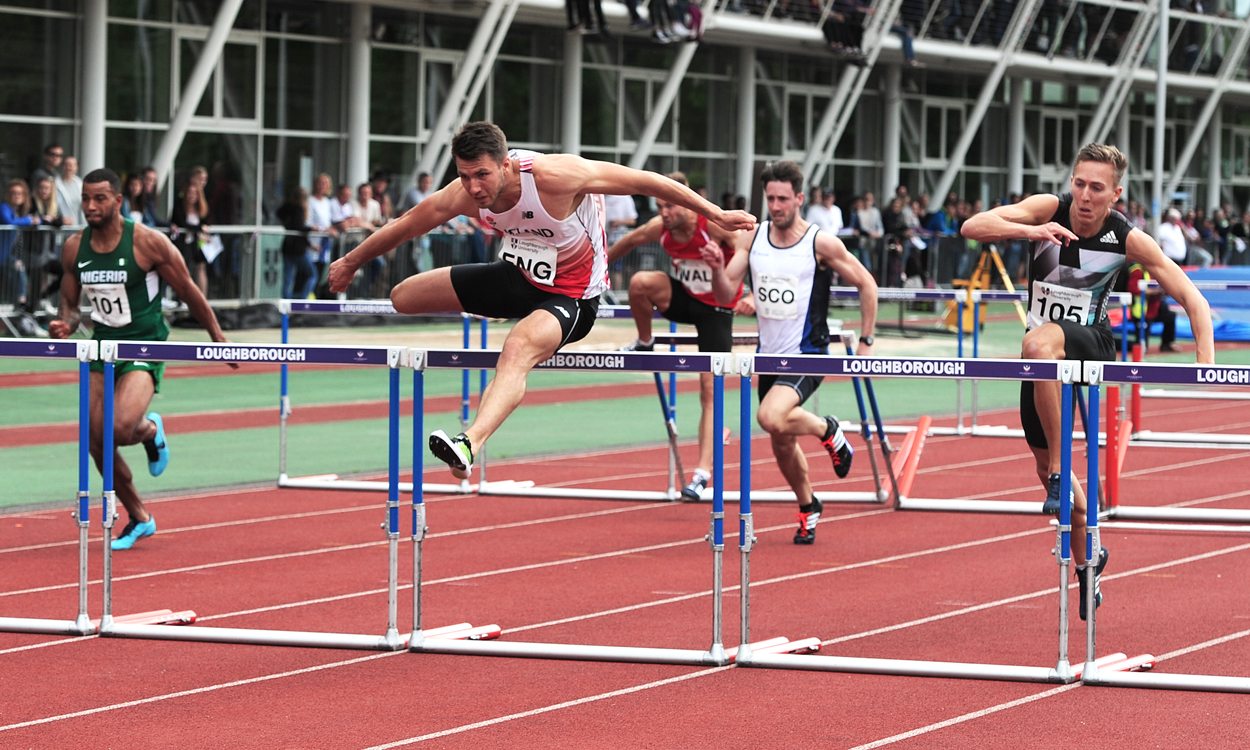 Four years after his last outdoor run in Great Britain, Andy Pozzi ran a personal best and Olympic qualifying time of 13.32 in the 110m hurdles to go top of the British rankings in 2016 at the Loughborough International on Sunday (May 22).

The 24-year-old has been ravaged by injury since pulling up in his heat at the 2012 Olympics and had opted to bide his time before opening his outdoor season, and the 24-year-old’s timing was impeccable as he broke his previous personal best from four years ago by 0.02 despite clattering the eighth and ninth hurdles.

Pozzi’s run leaves him needing just one more qualifying standard and a top-two finish at the trials in June to book his spot for Rio and places him joint-17th, level with 2008 Olympic champion Dayron Robles, in the world rankings heading toward the Games.

“I’m over the moon. Training has been so good but it’s been tough for me,” said Pozzi, whose last outdoor race was at the back end of last season in Gothenburg where he clocked 13.62.

“For the last four years I’ve had patches of good training which have been spoiled by injuries so I’m really happy to have a decent run.

“I think that was pretty rusty on the back end. I was really pleased with how I ran until about hurdle six and then I just lost control a little bit, but there’s a lot more to come.”

Jessica Ennis-Hill made a belated start to her Olympic year as she returned from an Achilles problem and continued her tradition of competing at the early-season meet – she has competed at the event on seven separate occasions previously – but her best effort in the javelin of 41.69m was more than two metres down on her mark from 2015.

“It’s not too good to be honest,” Ennis-Hill said about her performance in a competition won by Jo Blair of England in 54.91m.

“I’m a bit disappointed. I had a really good session the other week so I expected a little bit more today but it is what it is at this stage. It’s my first comp so I’ve got to build on that now.”

CJ Ujah came out on top in his guest race against fellow British international and sub-10 man James Dasaolu, who was opening his season, with a 10.06 season’s best to Dasaolu’s 10.14, and Harry Aikines-Aryeetey won for Loughborough in the international match with a time of 10.29.

Ujah, Dasaolu and Aikines-Aryeetey were joined by Richard Kilty, fresh from his race at the Great CityGames in Manchester, to run their first relay since their disappointment in Rio, clocking 38.64 ahead of a British ‘B’ team in second.

The double world junior champion from 2014 took a few attempts to get into the swing of things, clearing 1.83m and 1.89m with her third attempt, but chose to skip her final attempt at 1.91m and eventually finished behind England’s Niamh Emerson on count-back.

British junior international Alex Yee chopped more than four seconds off his personal best set four weeks ago in the men’s 3000m as he showed the strength and confidence gained during a good winter on the mud, clocking 8:01.64, while Chris Olley was another to run a big PB in second with 8:06.24.

Loughborough’s Jess Turner picked up from where she left off at the BUCS Championships, beating her Irish rival Christine McMahon in the 400m hurdles, making up a three-metre gap heading into the home straight to win in 58.32, and Jake Wightman continued his impressive start to the year with a commanding win over 1500m as he prepares to go for the Olympic qualifying standard in the coming weeks.