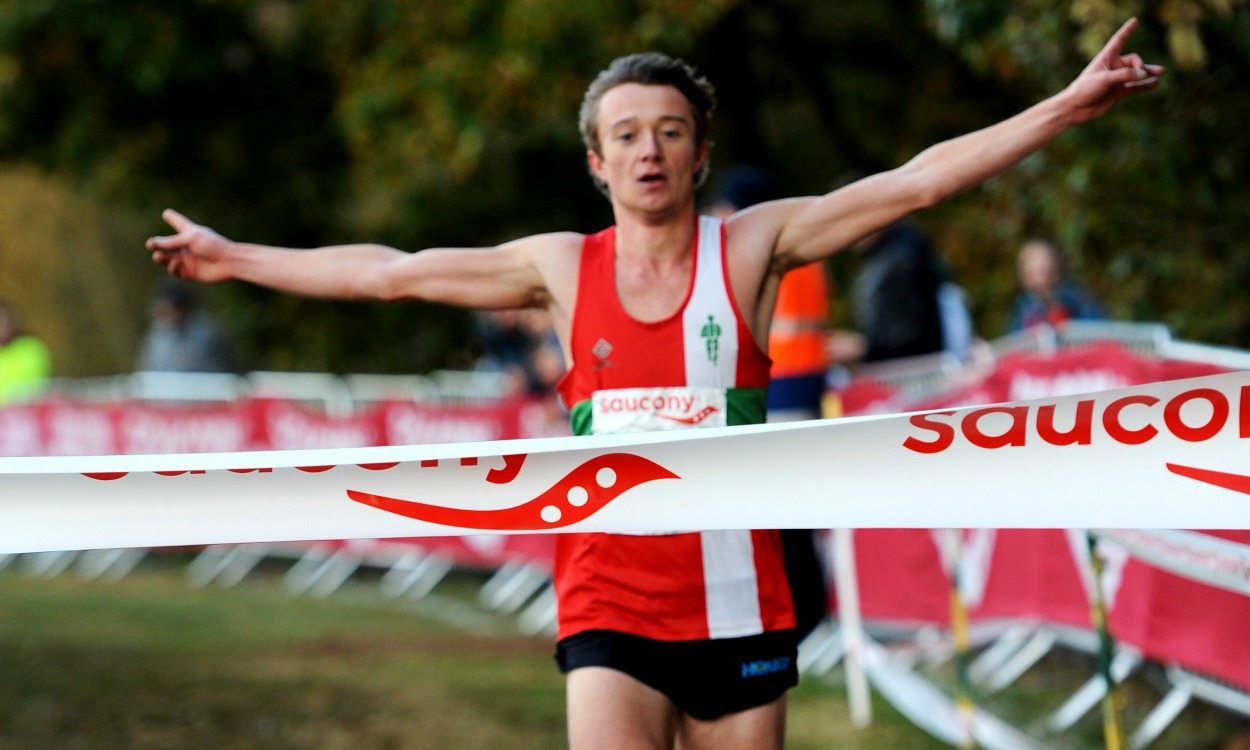 The Saucony English Cross Country Relay Championships is a popular early season test. Runners are able to stretch their legs over relatively short distances on a beautifully rolling and spectator-friendly course in the central location of Mansfield. A focus on team prizes provides a fun format for athletes ahead of the tougher and individual challenges which lie ahead from December onwards.

The formula appeals to everyone from grassroots runners to elite athletes. The 10 championship races saw more than 1000 teams in total battle for honours, while a number of Olympians were in action such as Steph Twell, Laura Weightman and Andy Vernon.

Team of the day was undoubtedly Aldershot, Farnham & District as they took victory in 50% of the events. This included the senior men’s and women’s races as Jonny Hay and Emily Hosker-Thornhill anchored the squads to gold.

“It’s a really good team event,” said Hay. “It’s nice and short which means many people turn out for it and the size of the laps lead to a great atmosphere on the course.”

Runners and spectators shivered more than usual as a cold northerly wind ripped through Berry Hill Park. But everyone left the park with a smile, especially if they had been fortunate enough to climb on to the podium where they received medals from Basil Heatley, the 1964 Olympic marathon silver medallist and new English Cross Country Association president.

“This meeting is one of the staples that we always come back – I’ve been doing it for a number of years,” said Twell, who along with team-mates Hosker-Thornhill and Louise Small had a poppy painted on her face.

“Last year we came third and so we really wanted to put our mark back on this course. We love it, we train together and it’s a good time to work as a team because we so often race against each other as individuals.”