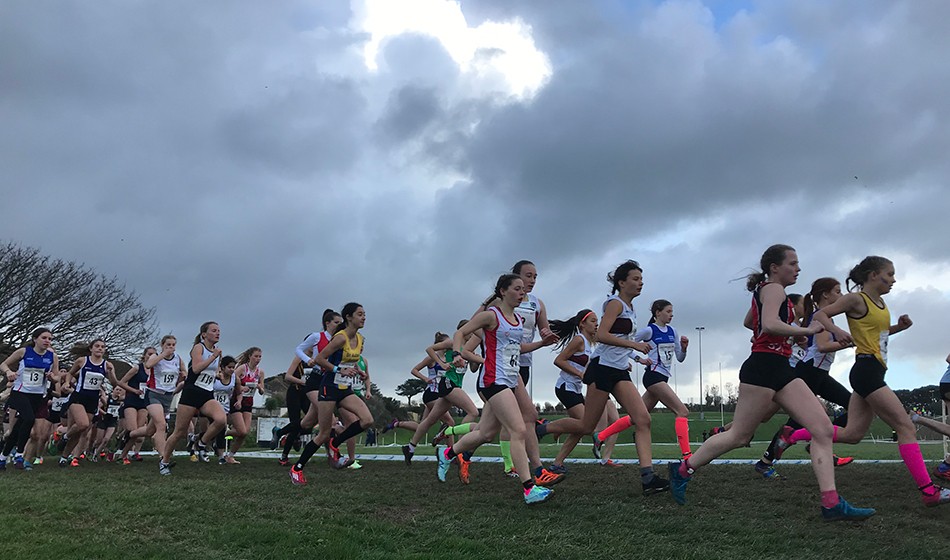 Strong north-westerly winds hitting the coast of Newquay in Cornwall might have been great news for local surfers hoping to catch some monster waves. But for teenage athletes at the English Schools Cross Country Cup at the town’s Tretherras School it simply meant another challenge on a course that was already wickedly undulating and very greasy underfoot due to recent wet weather.

The 40th edition of this event was visiting Newquay for the third time in 12 years and competitors weren’t quite as lucky as the last occasion, in 2014, when unseasonably warm weather saw school teachers and spectators wearing t-shirts and shorts. This time there was a real chill in the air, boggy ground and gusty winds. Perfect cross-country conditions, many would agree.

Overnight winds played havoc with the course infrastructure as well with organisers waking on race day (Dec 4) to find markers and tape had blown over. Some teams were unable to make the trip either due to Covid. Others endured a mammoth journey from places like Cumbria and the North East of England – a journey they were keen to make after the pandemic led to the cancellation of last winter’s event.

The event is the little sister of the English Schools Championships – which takes place this winter at Hop Farm in Kent in March – and it is mainly focused on school teams element.

The first race of the day – the inter girls event – was won by Guildford High School but the individual victory went to Zoe Gilbody of Thomas Telford School. Gilbody beat Jess Bailey to the English Schools title in a dip finish in Liverpool just days before the first national lockdown in March 2020 and here she finished eight seconds ahead of Maisey Bellwood and Katie Pye before collapsing to her knees in exhaustion. “The wind really took it out of me,” she said. 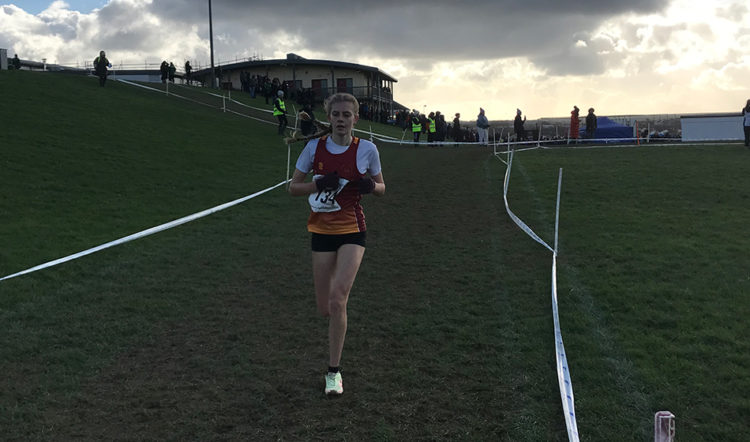 “I did lots of sports to begin with,” said Flaherty. “Then my older brother began running harder in year seven and I just copied him. I ran in the English Schools fell running event this year but my downhill running wasn’t quite up to scratch. I really enjoyed it here though as it has a good mix of ground. It’s hilly but it’s not ‘fell running hills’. If there were no hills it’d be a very congested race too.”

Like many athletes in Newquay, it was Flaherty’s first trip to Cornwall too. “We’re driving straight home now and will get back about 1am. After this I’ll sleep well!” 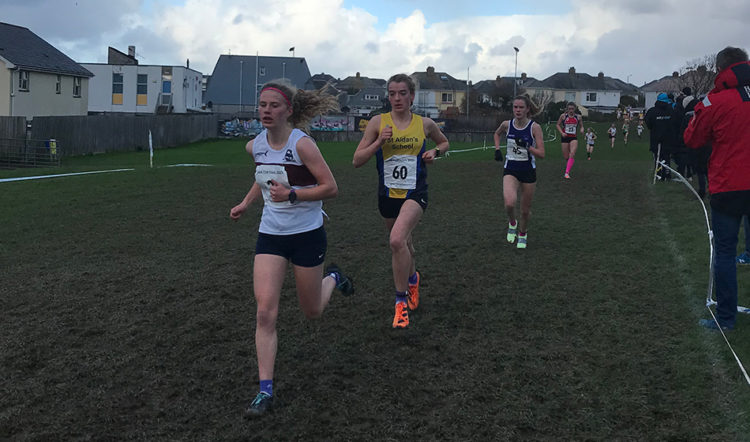 Inter boys winner Henry Sheffield was in a hurry to get back home as he had another cross-country race the following day in Gloucestershire. He won gold for Marling School of Stroud as Dr Challoner’s took the team prize.

“I’m so tired I can hardly talk,” said Sheffield, who was battered mid-race by a short and unwelcome hail storm. “It was such a hard race. I took the lead on a downhill which felt natural and tried to push it from there. “

He added: “It’s a great course – one of the favourites that I’ve done. It was only 5km but felt like 10km. When the hail was coming into my face I felt like stopping but I carried on. I’m so happy to get the win.” 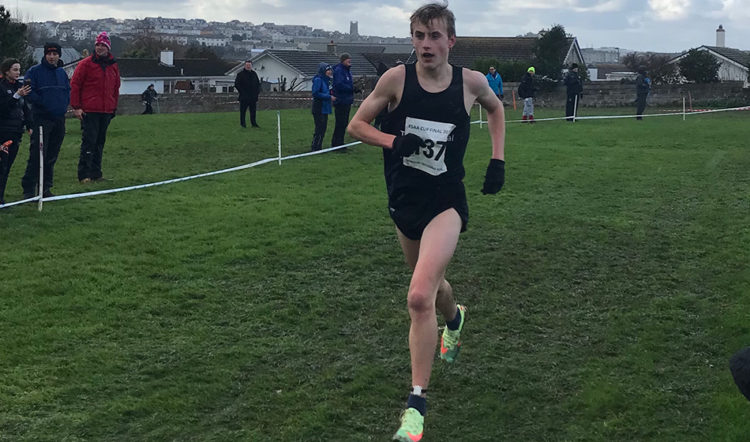 Senior races were taking place at the English Schools Cross Country Cup for the first time since the event began in 1981 and Sam Hodgson took the boys title for Reading Blue Coat School ahead of Rowan Miell-Ingram as third-placed Matthew Dubery led Judd School of Kent to team victory.

A competitive race saw four runners still in contention on the final lap but Hodgson made a decisive break with about half a mile to go. “I wasn’t really expecting to be up there so when it came to the last lap I thought ‘hey I can maybe win this’,” he said.

“I put in a little dig to test them out on the last lap and I felt their legs weren’t as strong as mine and when we went on to the steeper section I thought ‘let’s go for it’. I felt that was the way I’d win as I haven’t got a sprint on me.” 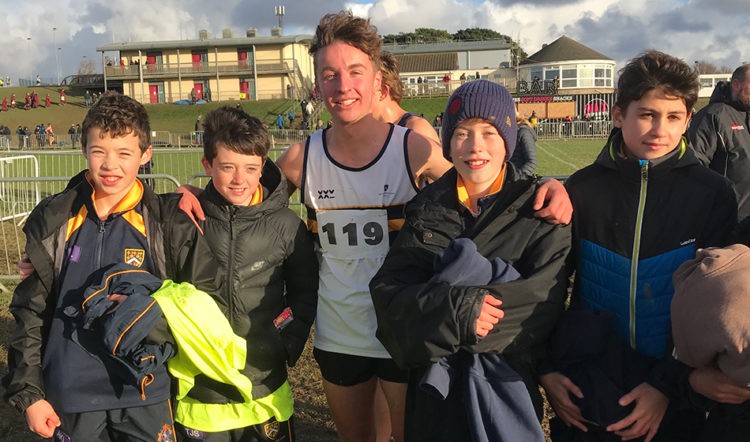 Tilly Robertson took the junior girls title for Guildford High School with Sevenoaks School winning the team honours. Into the closing stages she still had a lot of work to do but finished strongly to win by a couple of seconds. “It’s my biggest win yet,” she said.

Jake Meyburgh was also smiling after winning junior boys gold for St George’s College Weybridge, while The Coopers Company & Coborn from Upminster won the team title. “It was so windy and hilly so I knew I’d have to try hard into the wind,” said Meyburgh.

Unlike lots of athletes he didn’t have to jump in a mini-bus to start the long drive home either. “We’re staying here tomorrow to go for a walk on the beaches!” he said. 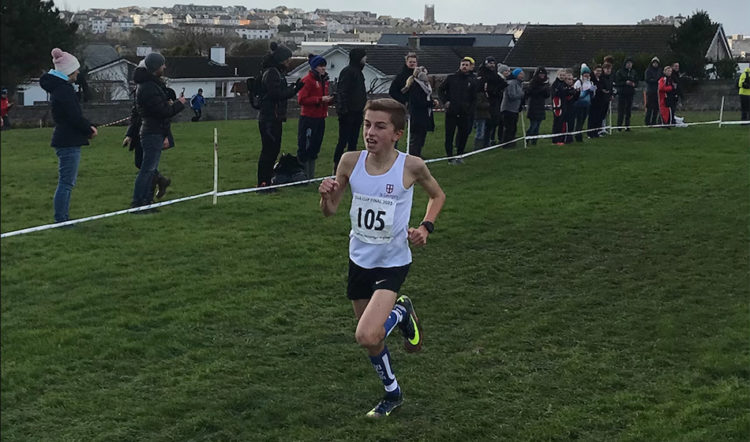 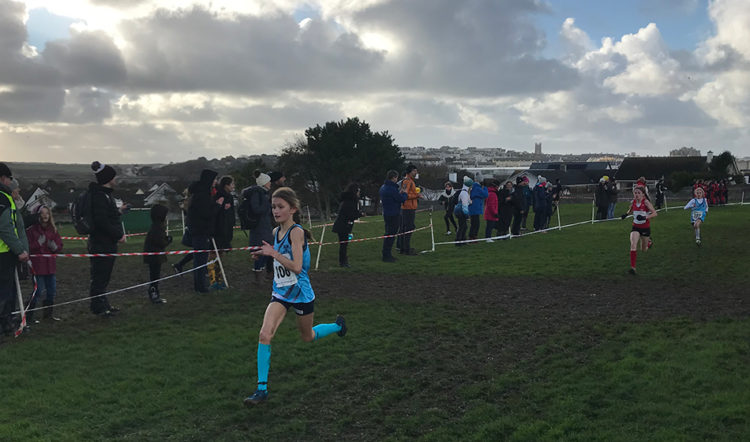