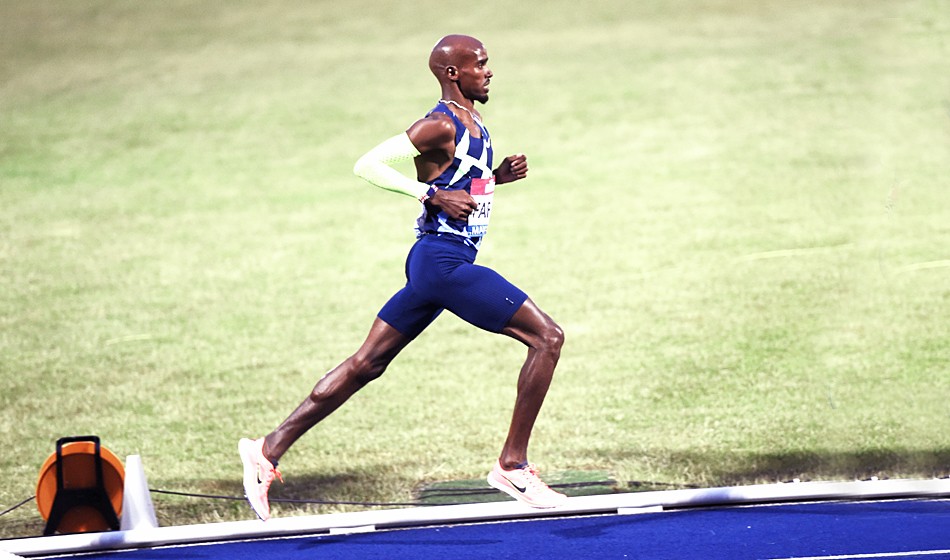 Sir Mo Farah has made a career out of fast finishes but the four-time Olympic champion could not summon the speed he needed to make it to Tokyo.

After falling short in his 10,000m qualifying bid in Birmingham earlier this month, having been hampered by a foot injury, the 38-year-old had been given a second chance with the staging of an invitational 25-lap race which formed the climax to the opening day of the Müller British Championships in Manchester.

But, despite his best efforts and the urgings of the watching crowd, he fell a long way short of the 27:28.00 qualifying standard required as he clocked 27:47.04 with a victory and stadium record which will have felt particularly hollow. This had all the hallmarks of the end of an era.

For much of the early stages of the race, paced by the Australian duo of David McNeil and Ryan Gregson then long-time training partner Bashir Abdi, Farah had either been precisely on – or marginally inside – his target pace.

There was little margin for error as he reached halfway in 13:42.98 but he was given a particularly tough solo assignment as Abdi left him to it with nine laps to go. With eight laps remaining, he was suddenly five seconds behind and, in the cold and windy conditions, Farah just could not pull it back.

He was clearly still processing what had happened when he spoke to the media after the race.

With hopes of defending his title now gone, he said: “I don’t know what to say. You go out there and give it your all and that’s what you have. At one point it was quite windy and I tried to push and push but I was on my own [at the end]. It was amazing to have a crowd.

“Giving your all is all you can do as a human being. I’ve had a wonderful career and I’ve been very lucky to have that. I’m grateful for that today.

“Tonight showed it wasn’t good enough. I don’t know what is next for me. If I can’t compete with the best then why?”

Dina Asher-Smith leads the way in the 100m

Another of Britain’s highest profile athletes, Dina Asher-Smith, was also in action and she was untroubled in her progress to the semi-finals of the women’s 100m. On an evening where the windy conditions were very much against the sprinters, the 200m world champion was fastest overall and won the opening heat in 11.28 (-2.2).

“The headwind felt substantial but it’s good to be able to come out here and deliver a good performance,” said Asher-Smith.

James Ellington, continuing his comeback from serious injury, was unable to progress after his run of 11.00 (-3.4) in heat two.

Williams sisters on top as Rooney hints at retirement

Much of the attention in the heats of the men’s 400m fell on two men who failed to progress. Former European champion Martyn Rooney came home in seventh in heat two then suggested his retirement is imminent when he spoke emotionally in front of the crowd after finishing his run. His lengthy career has also brought Olympic and world 4x400m relay medals.

The current European champion Matt Hudson-Smith will not contest the final either after he pulled up in the early stages of the opening heat. That race was won by Jamal Rhoden-Stevens in 47.73, while Efe Okoro was fastest overall when he won heat two in 46.82.

Defending champion Jessie Knight qualified for the final of the women’s 400m hurdles after clocking 56.88 to win the opening heat. She was joined by fellow heat winners Jessica Turner (56.96), Lina Nielsen (57.66) and Meghan Beesley (57.53).

The middle-distance events are some of the most keenly anticipated of the weekend and it was the well-known names who came to the fore in the men’s 1500m heats. 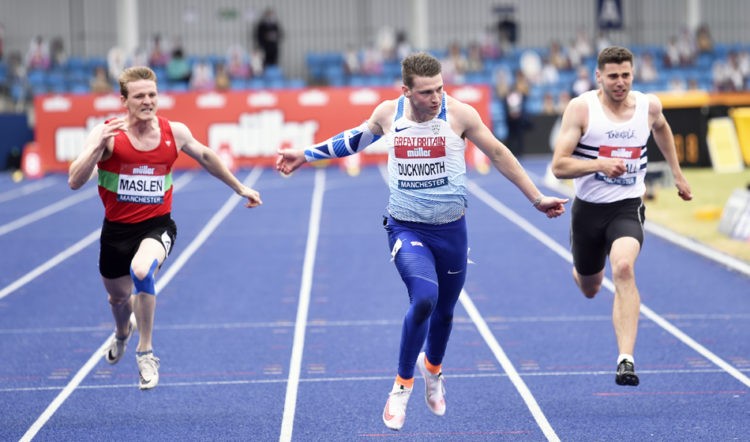 Tim Duckworth (above) has a healthy lead at the halfway stage of the men’s decathlon but he also had to be helped from the track after the 400m brought his day’s work to a close.

The European indoor heptathlon silver medallist has 3900 points, a lead of 244 from Harry Kendall, with Elliot Thompson third in 3656, however a 400m performance of 53.62 after which he needed medical treatment appears to have put the Olympic qualifying mark of 8350 out of reach.

Duckworth began his campaign by finishing fastest in the 100m thanks his time of 11.10 (-2.9), which allowed him to win heat two.

He was third in the shot put after a third-round 13.11m, with Curtis Matthews launching a PB of 15.21m for the longest throw of the day.

Duckworth dominated the high jump as he cleared 2.01m before making three unsuccessful attempts at 2.04m. Lewis Church came closest to him with a clearance of 1.92m. 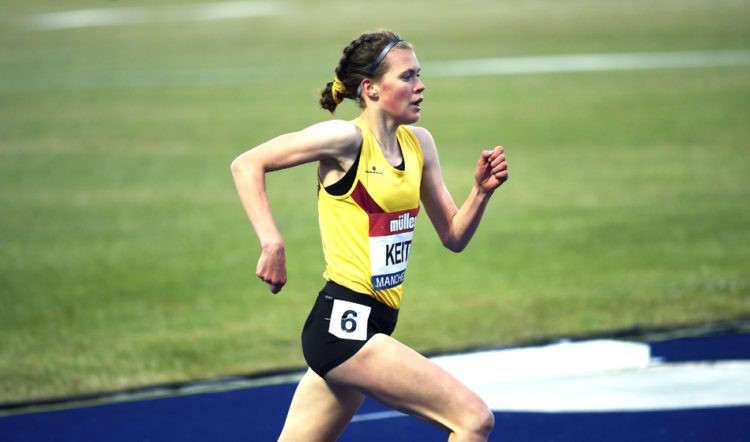 It wasn’t all about senior athletics in Manchester, however, as a number of junior athletes were targeting a place on the British team to contest the 3000m at next month’s European U20 Championships.

A brilliant men’s race was won by Will Barnicoat, who had led for a long stretch of the race but looked to be out of contention entering the closing 100m. A well-timed surge took him from fourth to first, however, and he booked his ticket to Tallinn next month by hitting the line first in 8:23.10, just ahead of Duncan Robinson’s 8:23.72 and Alex Melloy’s 8:23.95.

In the women’s race Megan Keith produced a dominant performance to land her European place, the Inverness Harrier clocking 9:29.66 to finish well clear of 14-year-old Jess Bailey’s 9:32.93 as Phoebe Anderson finished third in a PB of 9:34.79.

Full results of day one can be found here