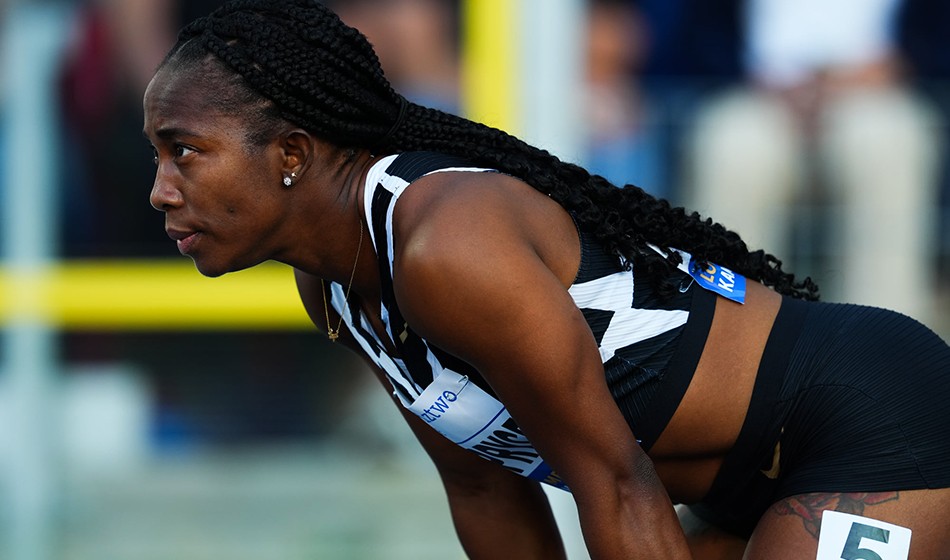 While the Paralympics and Wanda Diamond league took the headlines in recent days, there was plenty else happening around the world.

To read about the final sessions from the Paralympics, CLICK HERE

For the Wanda Diamond league at Brussels, CLICK HERE

Johannes Vetter won the javelin with 89.60m while Maria Andrejczyk took the women’s contest with 61.77m.

Brazil’s Alison Dos Santos followed his Brussels victory with a win in the 400m hurdles in 48.50 with Britain’s Chris McAlister fifth in 49.33.

Wightman became the eighth Briton to break 1:45 this summer which is easily a record and only surpassed by Kenya this season.

The one Briton to win was Jemma Reekie who led home the 1000m in a UK lead though relatively slow 2:35.47 ahead of Hirut Meshesha’s Ethiopian record 2:35.74. 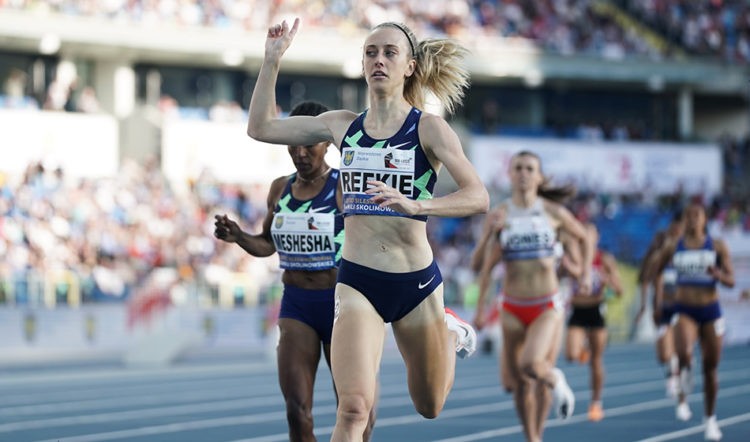 Olympic champion Gianmarco Tamberi was first in the high jump with 2.30m.

Kristjan Ceh took the discus with 66.65m with 2015 world champion Piotr Malachowski finishing fourth with 62.29m in his farewell competition.

Auriol Dongmo won the women’s shot put with a meeting record 19.32m just a centimetre ahead of Maggie Ewen.

In the women’s 100m hurdles, Tobi Amusan clocked a meeting record 12.64 while Olympic 4xx400m gold medallist Michael Cherry maintained his sub-45 consistency with a 44.94 win to follow his Brussels success. He has broken 45 in all 13 of his races since the beginning of May.

Meeting Città di Padova, Italy, September 5
Olympic 400m finalist Mike Norman moved down in distance to win the men’s 100m in 9.97 ahead of US team-mates Marvin Bracy (9.98) and Ronnie Baker (10.10) at this Continental Tour Bronze meeting.

Javianne Oliver edged Sha’Carri Richardson in the women’s 100m with both timed at 11.19.

USA’s Josh Awotunde improved his shot PB to 22.00m to defeat Italy’s Zane Weir who improved himself to 21.63m.

Jamaica’s Stephenie McPherson won the 400m in 50.78 from Russia’s former European under-20 champion Polina Miller in 50.96.

Sweden v Finland, Stockholm, September 4-5
Sweden won both matches at the annual Finnkampen match. The men scored 230 to Finland’s 201 points with the Swedish women winning with 223 to 207.5 points.

Olympic champion Daniel Stahl took the discus with 69.09m ahead of silver medallist Simon Pettersson with 63.97m while Thobias Montler won the long jump with a meeting record of 8.24m.

Khaddi Sagnia was first in the women’s long jump with a 6.76m leap while Fanny Roos won the shot with 18.65m.

The pick of the Finnish victories were Sara Kuivisto 1500m meeting record of 4:09.40 and world and European under-20 champion Silja Kosonen winning the hammer with 70.70m ahead of Finnish team-mate Krista Tervo with 69.92m. 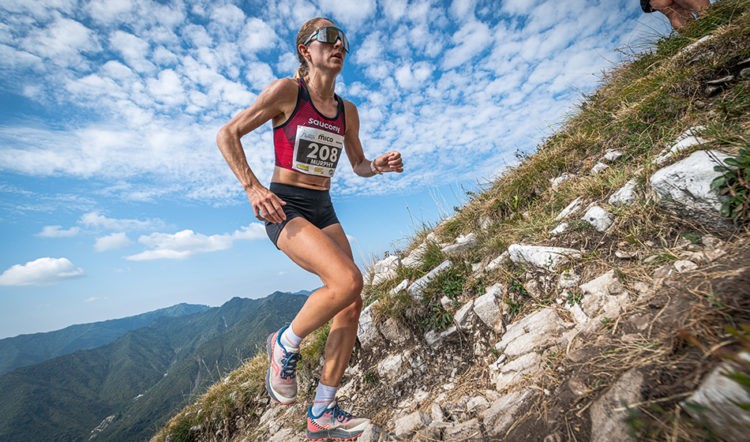 World Mountain Running Association World Cup, Italy, September 4-5
Grayson Murphy (above) and Andrea Mayr swapped wins in Italy at the Trofeo Nasego event. Mayr took victory in the shorter ‘vertical nasego’ over 4.3km on Saturday in 38:51 but the following day Murphy clocked a course record of 1:45:56 in the 21km ‘trofeo nasego’ to beat Mayr by three minutes.

Luke Ball equalled his UK lead in the high jump with a 2.10m leap.

English Schools and English champion Keira Brady-Jones came out top in a fast and competitive 1500m in 4:27.71 which saw the first four finish within 10 metres of each other.

Luke Birdseye was another to complete the under-17 triple and his 4:25.45 1500m steeplechase improved his UK lead. 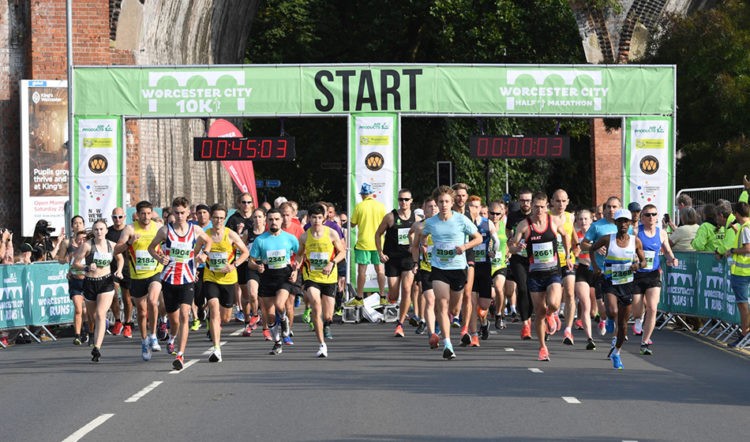 M40 Gary Whitehouse won the half-marathon in 73:52 while Gemma Hillier-Moses won the women’s race in 78:16.

Event founder Steve Cram ran the event in a reported 87:11, which would have placed him first M60, though he did not appear in the official results. 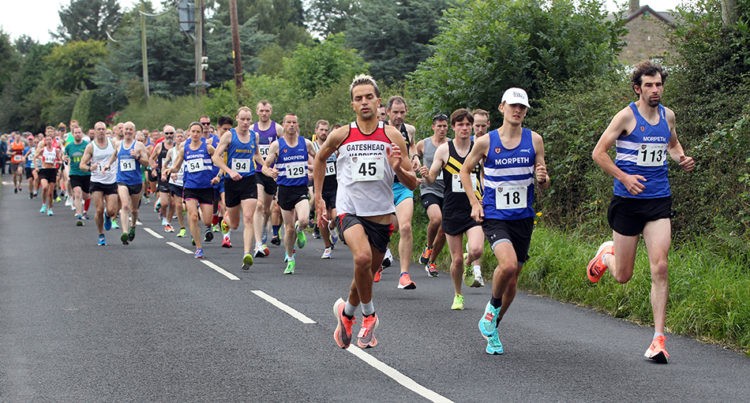 Russian Half-Marathon Championships, Yaroslavl, Russia, September 5
There were Russian men’s and women’s records in both the men’s and women’s races for Vladimir Nikitin (60:42) and former world 1500m finalist Yelena Korobkina (68:07).

French 10km Road Champs, Langueux, September 4
Morhad Amdouni took the men’s race in 28:27 while Mekdes Woldu was first in the women’s in 33:02.

As the heatwave continues @EnglandAthletic offers advice on how to handle the sun. https://athleticsweekly.com/performance/why-athletes-need-to-embrace-sun-protection-1039957594/