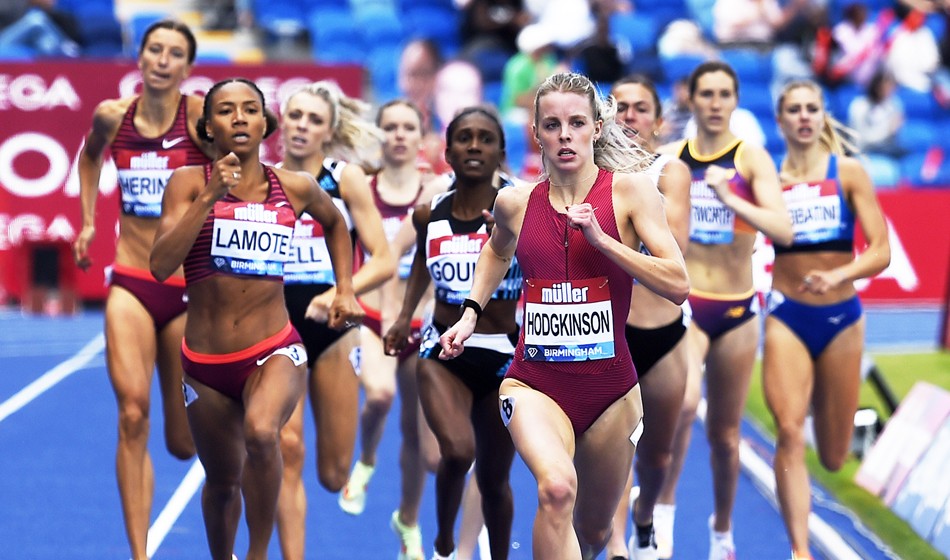 Dina Asher-Smith, Laura Muir and Keely Hodgkinson enjoyed confidence-boosting victories at the Müller Birmingham Diamond League on Saturday (May 21) with Hodgkinson looking in particularly promising form in her first 800m of the summer.

The Olympic silver medallist has a big clash with Olympic champion Athing Mu at the Pre Classic next weekend in Eugene and, here in Birmingham, she looked almost effortless clocking 1:58.63 ahead of runner-up Renelle Lamotte of France, as Hodgkinson’s GB team-mate Alex Bell was fifth in 2:00.67.

“I could see Goule out the corner of my eye getting close to me on the final straight but I felt in control and was able to wind it up a bit right to the end,” said Hodgkinson, after having gone through the first lap in 59 seconds and 600m in 1:28.

“The atmosphere was very special with so much support for the British athletes out there. I am heading to Pre now and expecting a big battle but it will be a great experience for me.”

Asher-Smith’s winning margin was much smaller – just one hundredth of a second – but over the shorter distance of 100m and it was her first race of the year in this event after third place in the Doha Diamond League eight days earlier.

Asher-Smith was happy with the first half of her race but “got overexcited” and made some technical mistakes with her running form in the second half. Overall she was happy, though, saying: “It’s my first 100m of the season and it’s a long season so we’re easing our way into it and it was good.

“There was a very strong field, I could have done a few things differently if I am being picky but I’m very happy to win in this (cool) temperature and against this field.”

She added: “Being British I wanted to come to Birmingham in this beautiful new stadium and put on show. When other girls are three or four races done, you are like ‘I hope my opener is sharp enough to beat everybody’ and it was, so all good.” 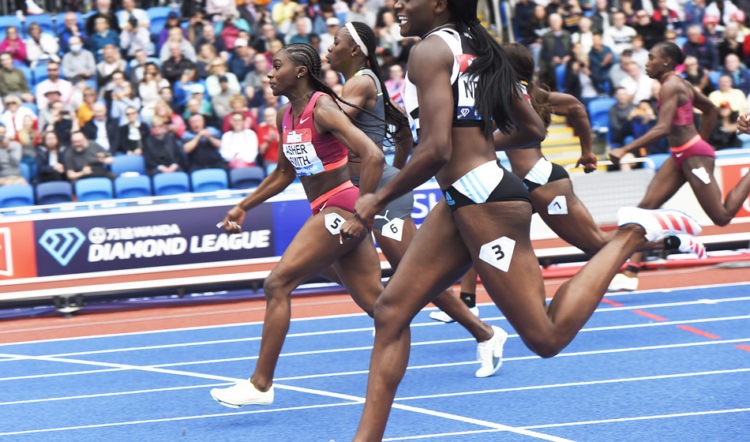 Later, she ran the third leg in the 4x100m, handing over to Neita on the anchor, as Britain cruised to victory 42.29 after Beth Dobbin and Imani Lansiquot had run the opening legs.

In a foretaste of the kind of action we will see at the Commonwealth Games in August, Muir beat Australian Jessica Hull in an exciting 1500m with the Scot clocking 4:02.81. After passing 400m in 64.7 and 800m in 2:09.6, the pacemaker led from Muir and Hull with the rest of the pack detached.

Hull stalked Muir ominously on the last lap but coming into the home straight Muir gritted her teeth and, buoyed by the loud support from British fans in the splendidly rebuild Alexander Stadium, she kicked from the front to pull away, even affording herself a wave to the crowd in the closing strides.

“To come here and win in my first race of the season I am really happy,” said Muir. “The win was more important than the time in my first race especially as it was quite windy out there. It was solid and running from the front too.

“I am looking forward to getting my first sub-four this year but happy to nail the World Champs standard early in the season. There were no natural front runners in the race so I thought I needed to be prepared to take it out.” 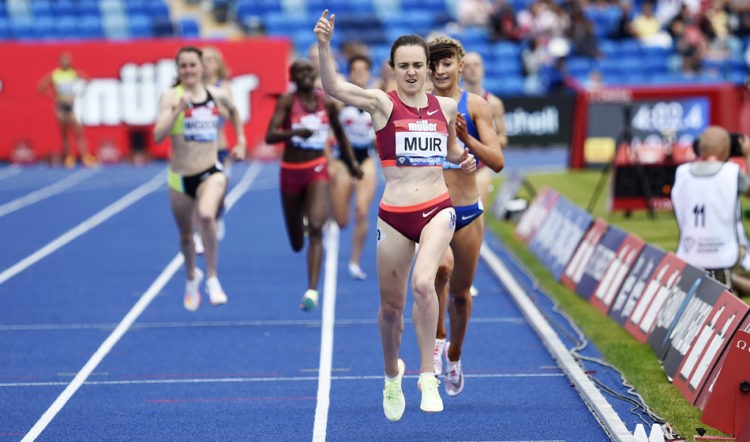 Malaika Mihambo showed why she is the reigning Olympic, world and European long jump champion as she leapt to a meeting record of 7.09m (0.0).

Easing her way into the summer season, heptathlete Katarina Johnson-Thompson jumped 6.41m (2.2) in eighth and had three other jumps over six metres.

“It was my season opener so I didn’t have too much expectation but I was really happy with it,” said Mihambo.

“I’m feeling really happy because it seems like we’re on the right way. I have had some struggles with my approach for the last two years so it’s nice to be back now and I feel at least as good as 2019 when I dominated. I think’s a good start and I’m really looking forward to the next competition.” 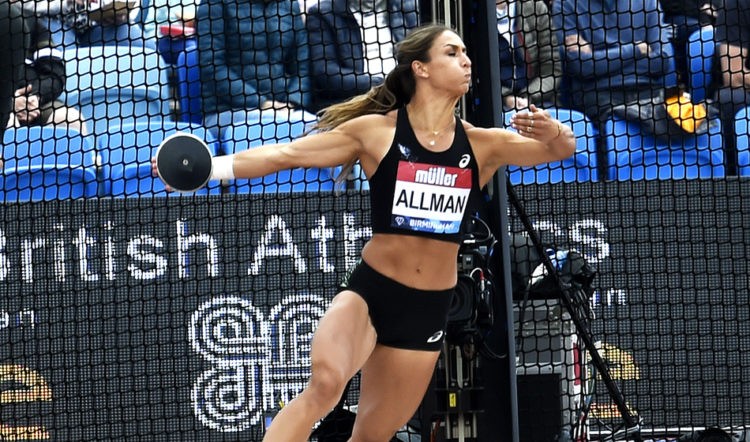 Fresh from her big 71.46m effort in the United States – the biggest women’s discus throw for 30 years – Valarie Allman came to Birmingham in fine form and 67.85m but she was pushed close by Sandra Perkovic as the Serbian threw 67.26m in the final round to nearly overtake the American.

“Diamond League is critical to me this season,” said Allman. “Going up against the best can help you find your footing before a major championships which makes it easier to execute and focus on yourself.

There was disappointment, though, for Holly Bradshaw. In her second competition of the summer she no-heighted at 4.45m. Olympic champion Katie Nageotte did not fare much better as she finished seventh with 4.30m as American Sandi Morris won with a meeting record of 4.73m. In fourth, Britain’s Sophie Cook cleared a PB of 4.45m too in her first ever Diamond League meeting. 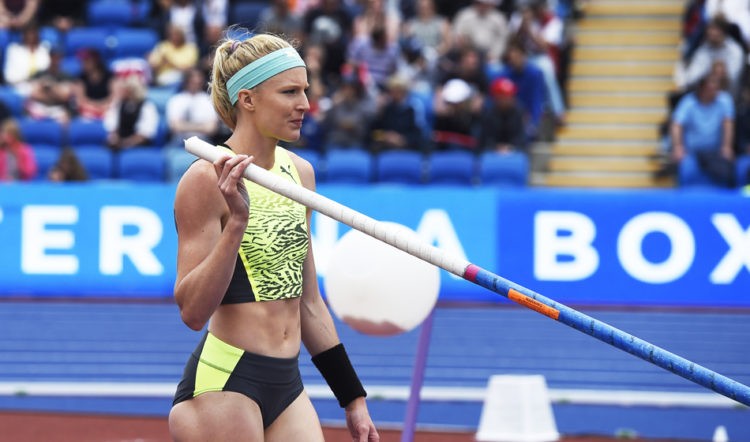 Dawit Seyaum strode away from fellow Ethiopians Hawi Feysa and Fantu Worku in the last 200m of the 5000m to win in a meeting record of 14:47.55. Francine Niyonsaba was a late withdrawal due to travel problems but the Burundi athlete would have had to have been on top form to see off Seyaum.

In sixth, Jess Judd improved her PB by 10 seconds to 14:57.19. Judd won the British 10,000m title at Highgate seven days earlier, of course, and in typically busy style is due to run 1500m at the Loughborough International on Sunday (May 22).

Elsewhere, Dalilah Muhammad, the Olympic silver medallist from the United States, cruised to victory in the 400m hurdles in 54.54.

In the B 800m, Issy Boffey – a student at nearby Birmingham University – finished strongly to clock 2:01.31 ahead of Abigail Ives and Ellie Baker. With 2:01.88, runner-up Ives has now moved to No.6 all-time on the UK under-20 rankings.

In one of five para-athletics events in the programme, Hannah Cockroft eased to victory in the women’s 400m wheelchair race in 57.45. Cockroft is hoping to return to the Alexander Stadium for the Commonwealth Games too as part of the England team.

Also relishing the chance to be part of a Diamond League meeting, Sophie Hahn coasted to victory in the ambulant 100m in 12.81 (-0.5) from runner-up Olivia Breen.