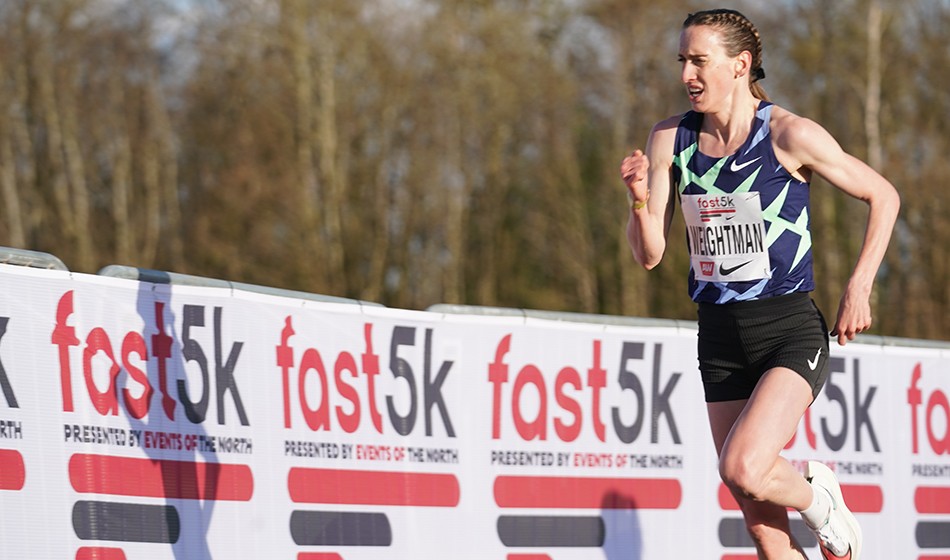 Laura Weightman showed fine form ahead of the Olympic summer with victory over Mary Ngugi at the Fast 5k road race in Wigan on Monday (April 5), whereas Richard Allen was similarly impressive as he stormed to a win in the men’s race.

Battling cold and gusty conditions, Weightman clocked 15:30 as she broke away from her training partner and former world half-marathon medallist Ngugi, who ran 15:54 with Jip Vastenburg third in 15:59.

“It was a solid race in these pretty windy conditions,” said Weightman. “I had an injury before Christmas that meant I missed a little bit of training so I’m happy to have put some good work in and run a good time today which I can build on.”

The 29-year-old is a European and Commonwealth medallist and last summer ran 14:35.44 for 5000m on the track to go No.2 on the UK all-time rankings behind Paula Radcliffe.

After her victory in the Fast 5K, @LauraWeightman chats to AW on her feelings and what she’s got planned next. pic.twitter.com/gx1qfT8o2e

Allen ran 14:05 in the men’s race as he surged clear of long-time leader Hugo Milner with about 700m remaining.

Aldershot runner Allen was seventh in the inaugural Fast 5k last October but stepped up to take the win here.

Richard Allen wins the men’s A race in 14:04 (tbc). pic.twitter.com/fatowi9kVw

With limited fields due to the pandemic, there were three races at this Events of the North organised meeting and the men’s B race went to Charlie Roberts with 15:00.