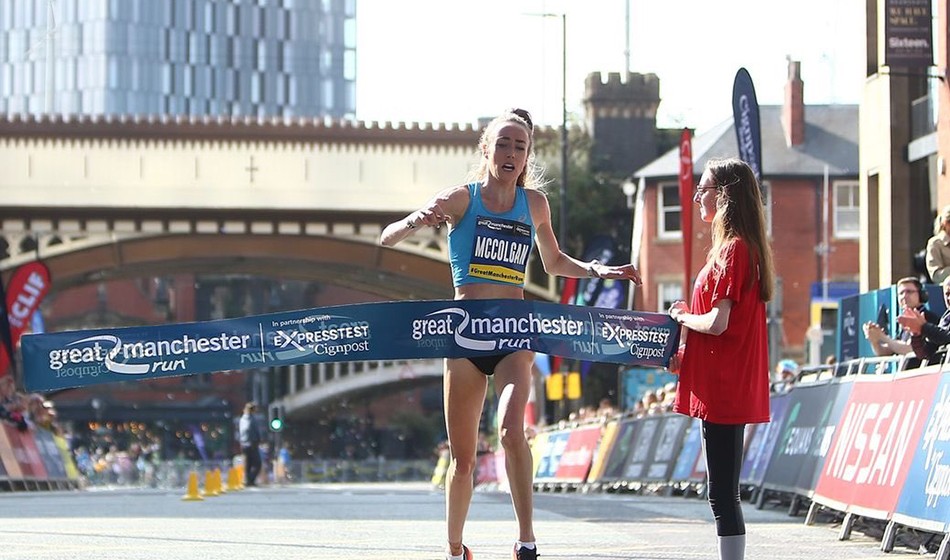 Eilish McColgan and Marc Scott showed few signs of the long, gruelling Olympic season as they stormed to victory in the Great Manchester Run on Sunday (Sept 26).

With 30:52 McColgan went No.3 on the UK all-time rankings for 10km on the road, whereas Scott ran a PB of 28:03 to out-kick Andy Butchart and Jack Rowe as the popular mass participation event returned for the first time since May 2019.

McColgan and Butchart began racing on the track this year way back in February with strong 10,000m runs in California. They haven’t finished yet either. The duo are set to help pace in the Virgin Money London Marathon next Sunday (Oct 3) whereas they are also likely to do the Great South Run on October 17.

McColgan could have eased her way into her race in Manchester and settled for a slower ‘tactical win’ but instead she set a fierce pace, blasting through 3000m inside nine minutes and 5km in 15:01 before eventually slowing in the second half.

Paula Radcliffe’s UK record of 30:21, which was set in Puerto Rico in 2003, briefly looked in danger. But ultimately McColgan missed the target, in addition to her mother’s PB of 30:39, which was set in Orlando, Florida, in 1989 and is No.2 on the national rankings.

Still, it was a brilliant run from McColgan as she smashed her road best of 31:48 to comfortably move into third place on the all-time lists. 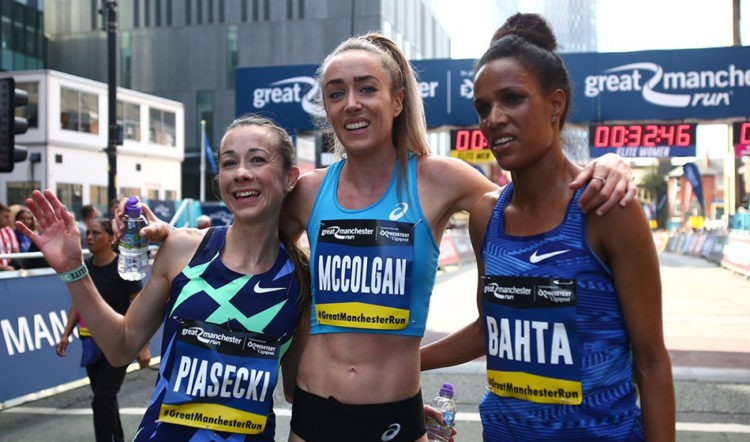 Behind, runner-up Meraf Bahta of Sweden clocked 31:44 with local Stockport Harrier Jess Piasecki third in 32:01 just a few weeks after running the Olympic marathon in Tokyo.

“I probably set off a little bit too hard!” said McColgan. “I found it exceptionally tough but I’ve run a personal best. I can’t ask for much more really.” 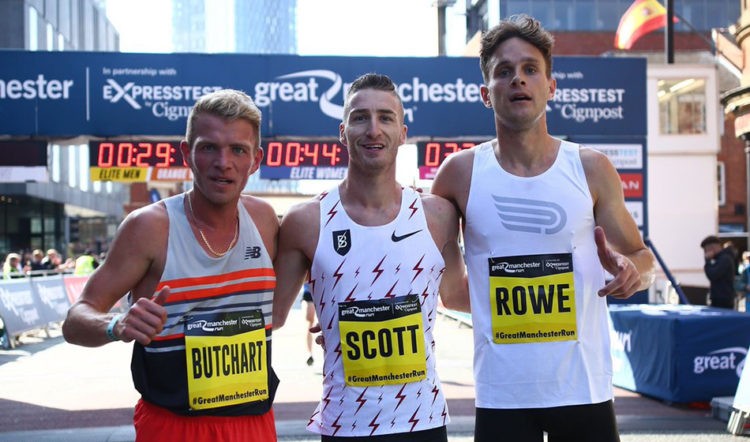 Scott began to surge away from Butchart and Rowe in the closing stages but found himself challenged by Butchart with the finish in sight. However Scott, who won the Great North Run earlier this month, was too strong and eased clear to win by two seconds from Butchart as Rowe was a further three seconds behind in third.

“It was a tough one and we assembled a great British field,” Scott said. “The wind was really strong, especially out on the dual carriageways. I’m feeling the season in the legs now and I’ll definitely pace London but not sure after that.” 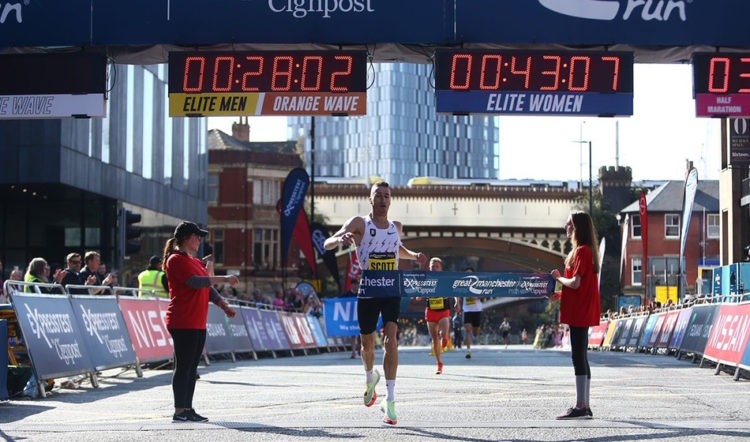 Melanie Woods and Nathan Maguire scored 10km victories in the wheelchair races, whereas the earlier half-marathon races were won by Luke Cotter in 70:25 and Nicola Jackson in 81:56.