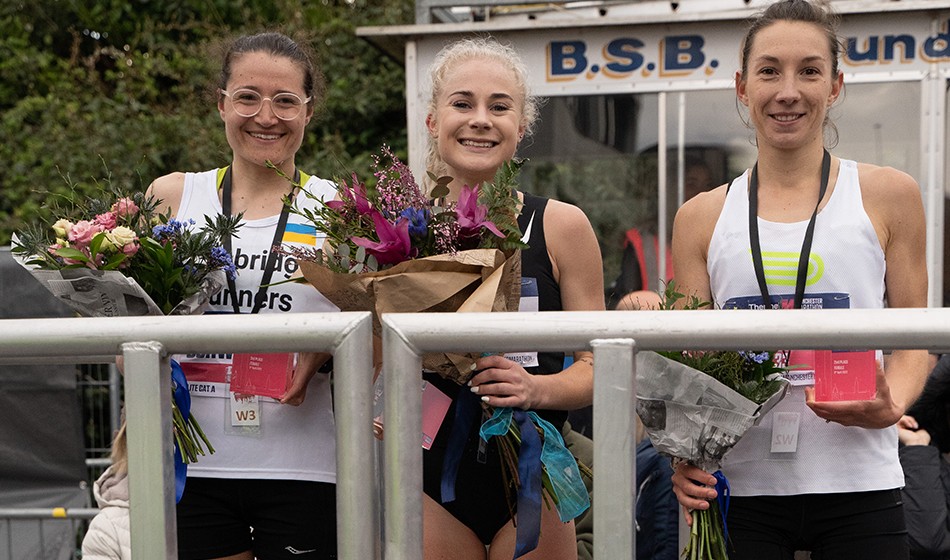 Becky Briggs enjoyed a huge breakthrough as she took five minutes off her PB with 2:29:04, while Jonny Mellor was close to his lifetime best with a commanding men’s win in 2:10:46 at the Therme Manchester Marathon on Sunday.

In ideal conditions for marathon running, Briggs and Mellor both smashed the England qualifying standard for the Commonwealth Games of 2:14:00 plus the European Championships mark of 2:14:30 on a day of brilliant racing.

A total of 20 Brits broke the 2:20 barrier with Mellor’s training partner Ross Millington clocking 2:11:38 in his debut marathon in second place, as Kevin Seaward of Northern Ireland was third in 2:11:54.

All of them were well inside the 2:34:00 women’s qualifying standard for the Commonwealth Games. Although in addition to places in the England team for Birmingham in July and GB team for Munich in August, the race was also a trial for the GB team for the IAU 50km European Championships in Avila, Spain, in October.

In a race packed with top-class performances, the super-vet Tommy Hughes clocked a phenomenal 2:30:05 aged 62, although it is not quite as quick as his M60 record of 2:30:02 set two years ago. 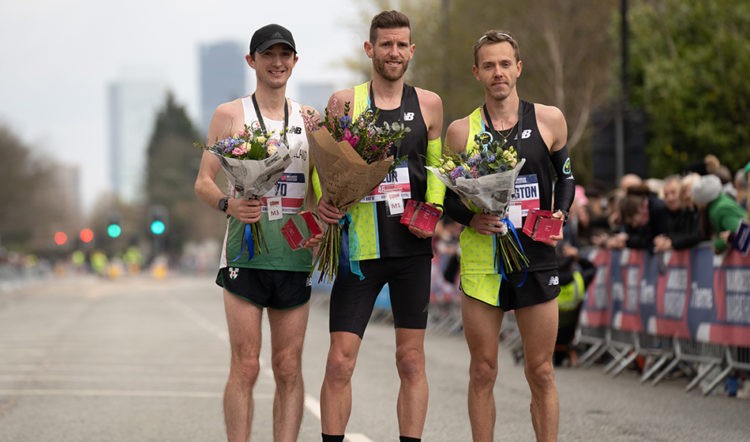 Defending champion Matt Crehan enjoyed an early lead in the race but he was caught before halfway – which the leaders reached in 66:05 – and Mellor, who had been helped by pacemakers such as Ben Connor, Omar Ahmed and Charlie Hulson, made a strong move just after 20 miles to break away from his rivals.

Mellor and Millington are both members of Team New Balance Manchester and are coached by Steve Vernon. Millington ran for Britain over 10,000m at the Rio Olympics but Mellor has endured bad luck with major championships qualification, being overlooked by England in the run-up to the 2018 Commonwealth Games and then being forced to miss last year’s Olympic marathon trial due to a freak leg injury caused, he thinks, by compression socks during his sleep.

Briggs only turned 22 last month but looks ideally suited to the marathon. Just three years ago she was the third British athlete in the under-20 race at the World Cross Country Championships in Aarhus but ran 2:38:58 on her marathon debut in the Olympic trial last year and then 2:34:34 in London last October.

Here she went through halfway in 74:16, then overhauled long-time leader Mitchell with about 10km to go and finished strongly to smash the 2:30 barrier and to go No.20 on the UK all-time rankings.

Huge PB from Becky Briggs as the 22-year-old takes more than 5min off her PB to win the Manchester Marathon in 2:29:05 (tbc). pic.twitter.com/cUpPbA3OFB

“I can’t believe it as I didn’t feel great before the marathon,” said a tearful Briggs, who runs for the City of Hull. “I’ve beaten the qualifying times! It was great conditions and it’s a great race.”

Nick Rusling, CEO of event organisers Human Race, said: “2022 is shaping up to be a fantastic summer of sport, with the Commonwealth Games taking place right here in the UK in Birmingham.

“For us at Therme Manchester Marathon, to be asked to host the England marathon trial, alongside the British Athletics European Athletics Championships qualifiers, is a testament to how big our marathon event has become. The atmosphere on the route today was electric and we could see how hard these athletes have trained to achieve one of these treasured places for Team England.” 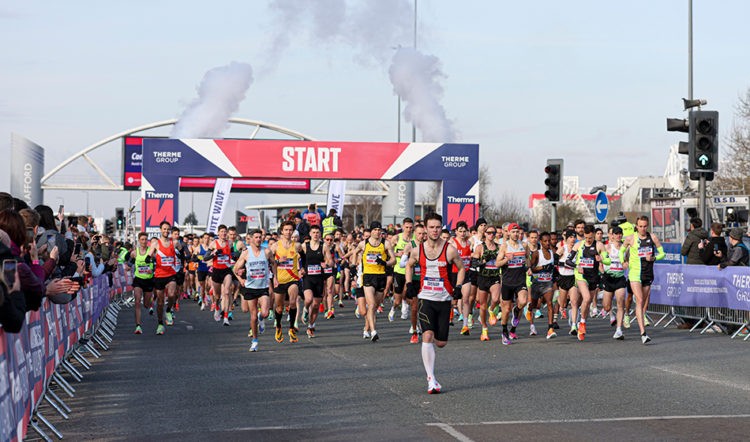 Tom Craggs, England Athletics road running manager, added: “We are delighted to see such tight competition today, with the athletes pushing themselves to place within the top three in order to join Team England this year for the Commonwealth Games 2022.

“This year is an incredibly exciting year for home nations athletes with three major championships taking place, and we were delighted to have worked with the team at Therme Manchester Marathon to support athletes to have the best possible experience at the England Commonwealth Games and British Athletics European Championship trials.”

With a rich history dating back to 1908, the Therme Manchester Marathon is increasingly popular due to its fast, flat course, welcoming Mancunian atmosphere – and Sunday saw 24,000 runners taking part.

Next year’s event is on April 16 and you can find out how to enter here.