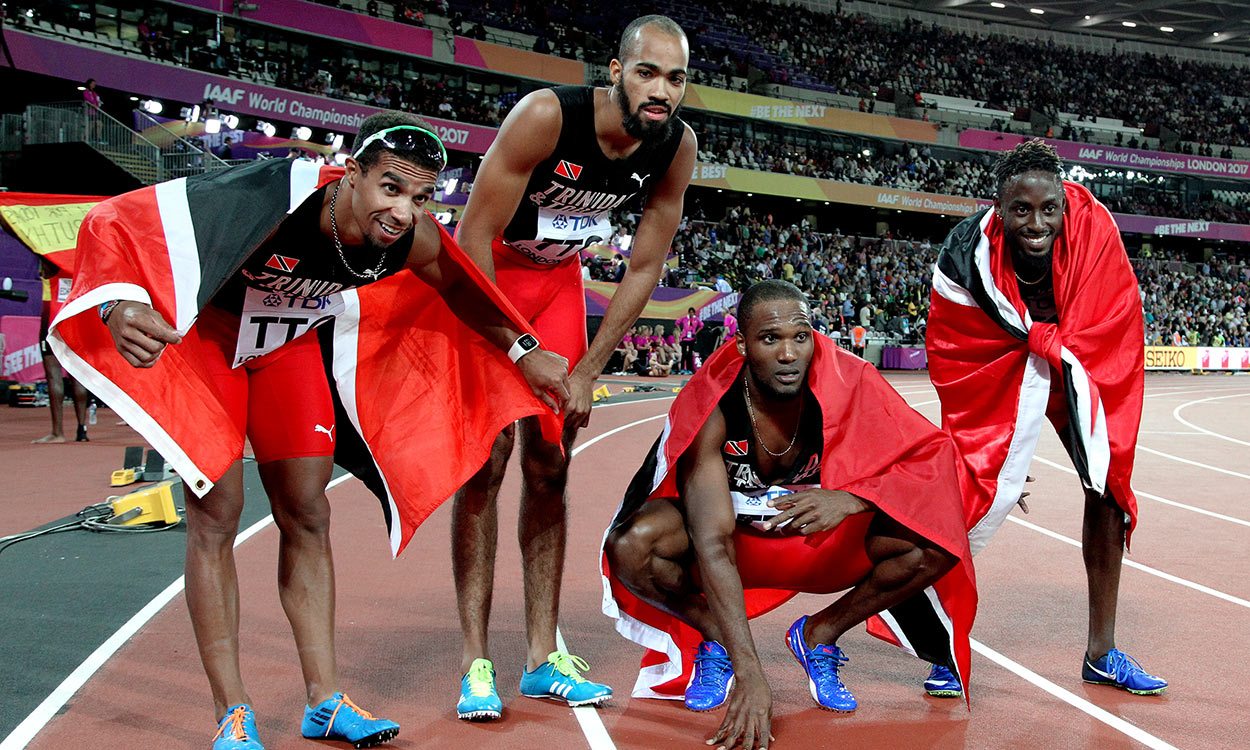 The last event of the championships proved a worthy finale. Trinidad & Tobago scored a surprise victory over the United States, while an inspired bronze medal-winning performance from the GB quartet ensured home interest and a lively atmosphere.

The United States had won the previous six titles in this event and shot into an early lead courtesy of Wilbert London on the first stage. Behind, Matt Hudson-Smith put the host nation into contention before handing to Dwayne Cowan, who ran a great 44.2 split despite seeing Trinidad’s Jereem Richards, the 200m individual bronze medallist, fly past halfway through the leg.

Up front, Gil Roberts of the US handed over to Michael Cherry on the third leg, while Machel Cedenio of Trinidad and Rabah Yousif of Britain had a scrap behind for the minor medals.

During this third leg, Trinidad and Britain drew further away from the rest of the field and they closed the gap on leaders, United States. This set the scene for a tremendous anchor leg with Fred Kerley holding pole position for the US with Lalonde Gordon of Trinidad hot on his heels and Britain’s Martyn Rooney a couple of strides adrift.

Gordon ran a brilliant anchor, using sit-and-kick tactics as he relaxed behind the American before powering past into the home straight and into a clear lead.

Much to the delight of the crowd, Rooney was also clawing himself into medal contention and looked, for a moment coming into the home straight, as if he might pick off at least one of the runners to grab silver.

But it wasn’t to be for the Londoner as he gave it his all and he had to be satisfied with bronze. Not that this was a disaster, as he soon began to celebrate with his team-mates and a delirious crowd in the stadium. 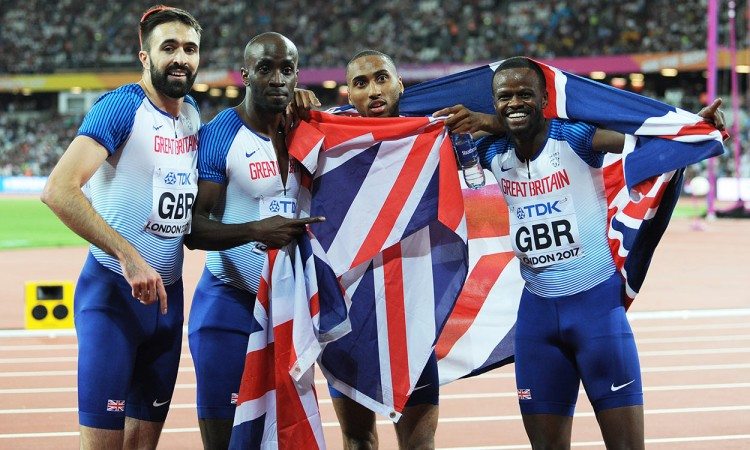 “It was a big motivation to come here and win,” said Jarrin Solomon, who ran the first leg for the winners. “We knew and we made sure that we set up the team correctly. We worked so hard and it means so much to our team. It has a special sweet taste for us this year.”

GB anchorman Rooney said: “It’s not been an easy year for me but no one ever has an easy ride the whole time. But that’s the easiest last lap I’ve ever done as my team-mates created enough of a gap for me.

“It was amazing to hear the Rooney noise – it was impossible not to hear – and it was an amazing championships. The support we get from people like National Lottery and support staff is priceless.”

Cowan added: “That was my first champs and first medal. The pressure was on. But having these team-mates made it easy for me. All I had to do was run.”