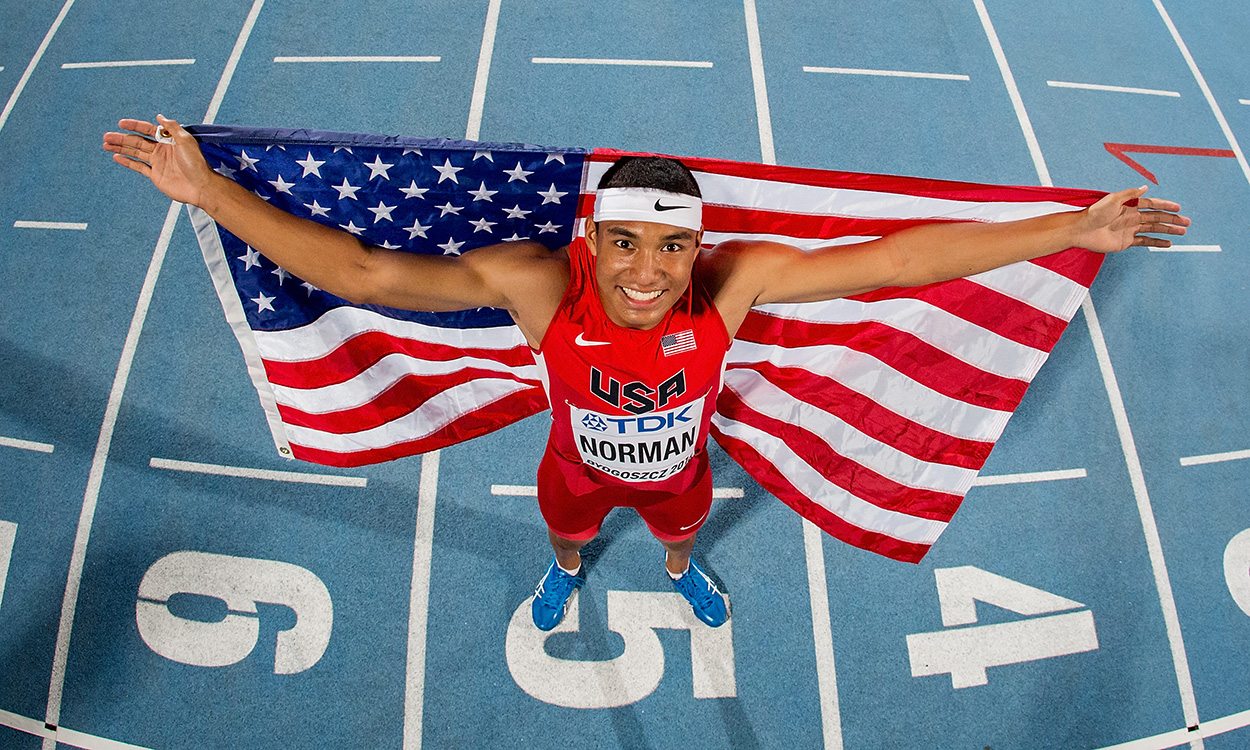 Rai Benjamin and Michael Norman moved to joint second and sixth on the world 400m hurdles and 400m all-time lists respectively on Friday, storming to record-breaking success at the NCAA Championships at Hayward Field in Eugene, Oregon.

In wet conditions, USC’s Benjamin clocked 47.02 to break the meet and collegiate record of 47.56 which had been set by Kerron Clement in 2005 and become the joint second fastest ever 400m hurdler behind world record-holder Kevin Young’s 46.78.

LADIES & GENTLEMEN RAI BENJAMIN IS THE ?

That result came not long after Benjamin’s fellow USC athlete Norman had flown around the track to smash the collegiate 400m record set by Fred Kerley last year and the Hayward Field record run by Michael Johnson in 1993, clocking 43.61 to move to sixth on the world all-time list.

The NCAA record in the 4x100m was also broken as Houston’s quartet clocked 38.17.

Thursday’s action at Hayward Field had seen Kansas’ Sharon Lokedi win the 10,000m in 32:09.20 as six athletes finished inside the 30-year-old meeting record. That group included Britain’s Alice Wright and Charlotte Taylor in fourth and fifth, running 32:17.92 and 32:17.95 respectively.

Kentucky’s Tim Duckworth moved to third on the British all-time list with his winning score in the decathlon.

His 8336 points puts him behind only Daley Thompson and Dean Macey in the UK all-time rankings.

Duckworth joins world record-holder Ashton Eaton in being the only two athletes to have ever won NCAA decathlon and heptathlon titles in the same year.