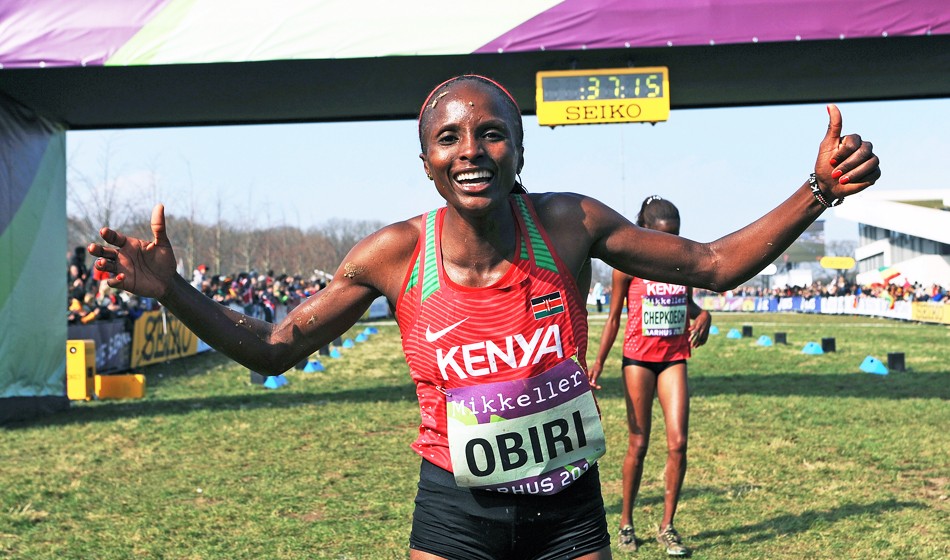 Obiri, 32, won the world title in Aarhus in 2019 and the Kenyan is also the reigning world and Commonwealth 5000m champion, which makes it quite a coup for the organisers.

“While the International Cross Country here has always attracted classy athletes from abroad it is particularly gratifying that we have got the services of such a star athlete as Hellen Obiri especially given the ongoing difficulties created by covid concerning international travel,” said meeting organiser John Allen.

“With her win in the last World Cross, Hellen has shown that she has the versatility to beat the best in the world over either track or cross country.”

In the men’s race the leading contenders are Vincent Keter and Kamar Etiang of Kenya – the latter being the world junior 1500m champion.

Around 600 athletes in total are due to compete and the first race is the under-13 girls event at 10.55am with the international women’s race at 2.15pm and international men’s at 2.50pm.

The international athletes aside, the event is the fourth meeting in the British Athletics Cross Challenge series for this winter.

To see the leading athletes in each category and what happened at the earlier races last year, CLICK HERE

The local challengers are likely to include Fionnuala Ross and Nikita Burke in the women’s race, plus Stephen Scullion in the men’s race.

Saturday’s event will be streamed this weekend here…